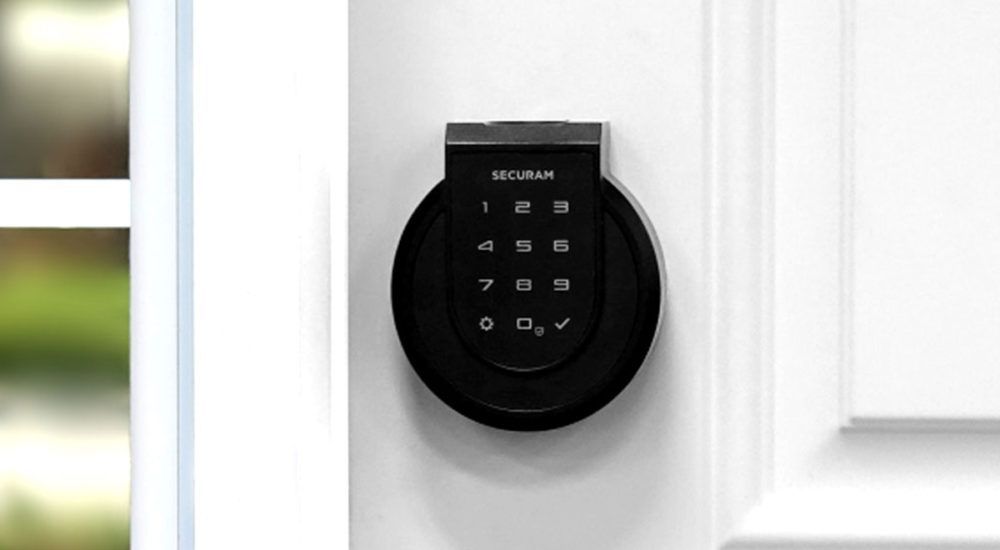 Securam Touch smart lock review: It might look more at home on a military base, but this fingerprint reader-equipped lock offers solid security

Securam is best known for manufacturing high-grade locks for safes; in fact, it has a product line that’s MIL-STD-4615-certified as capable of resisting an EMP attack (needless to say, TechHive hasn’t tested those). The company is now bringing its expertise to the smart home market with its first smart deadbolt, the Securam Touch.

The company has a strong design aesthetic that informs all its locks: Squat hockey puck-like discs, a vestige of industrial design from the days when locks were built as dials that you needed to spin. The Securam Touch doesn’t spin; rather, you interact with it via its front-mounted numeric touchscreen or the fingerprint reader built into its top. Nevertheless, its beefy, circular construction (both interior and exterior) has a reassuring appearance that reminds one of a bank-vault entrance. Whether that plays well on the front door to your quaint suburban cottage is a question you’ll need to answer yourself. 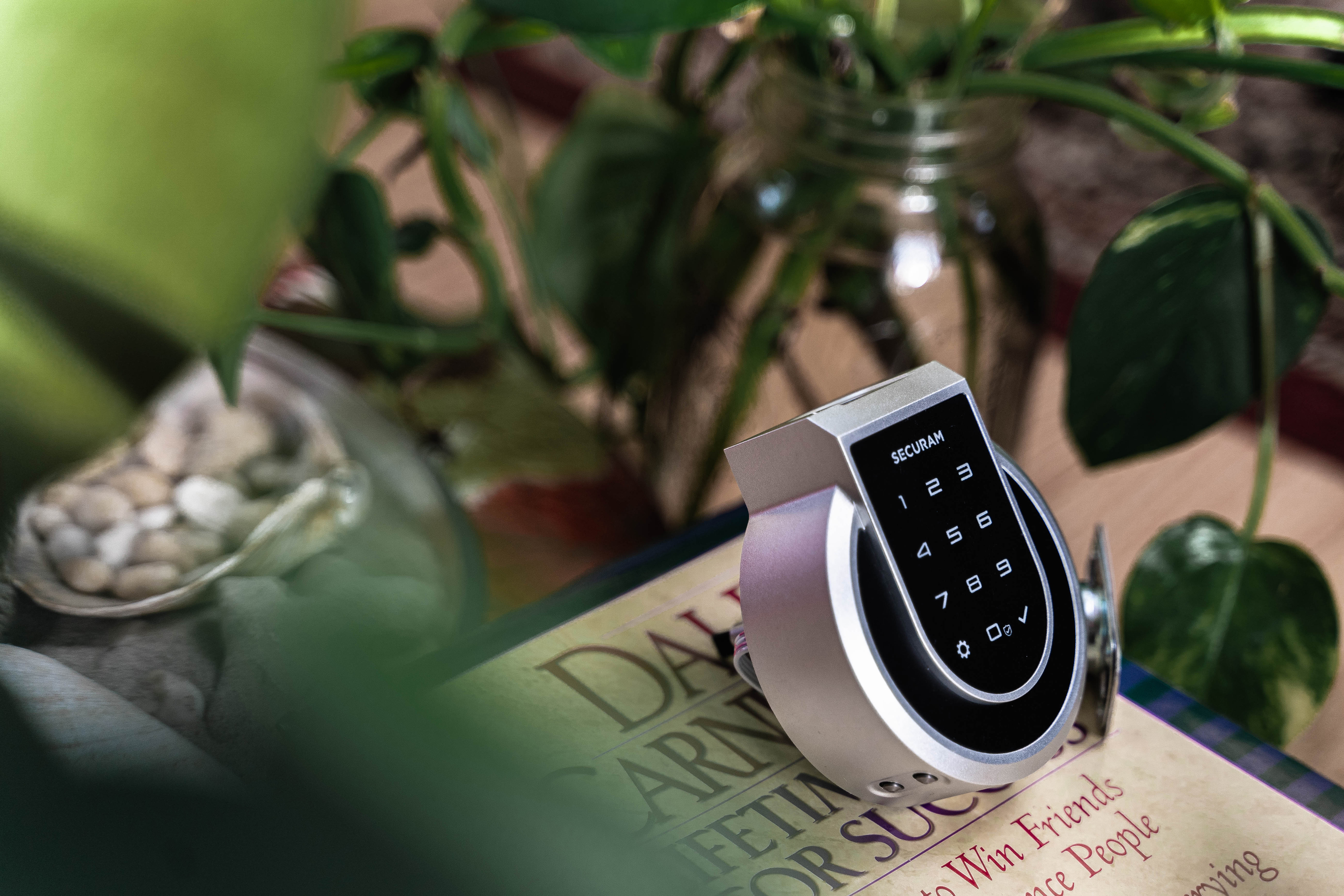 The Securam Touch installs on your door in a similar fashion to any other modern smart lock, with two escutcheons that sandwich your door and a control cable running between them. Note that you will need to use Securam’s deadbolt in your installation, as it includes some a few customizations needed to make the whole system work properly. Printed instructions are not included, so you’ll need to follow the steps in the Securam mobile app to get everything going.

The setup isn’t difficult, but it does require extreme attention to detail. Sure enough, I initially managed to install one tiny component upside down: a small “spindle receiver” sleeve that attaches to the tailpiece and which, on further examination, is engraved with a little arrow marking which way is up. With the spindle receiver inverted, the lock worked fine, but it spat out an error every time it opened or closed, saying the deadbolt couldn’t retract. Tech support (quickly) advised me to check the orientation of all the interior components, and once I found the trouble, everything began working well.

The lock is surprisingly easy to disassemble and reassemble; the entire thing is held together with just two screws (plus the two required to attach the deadbolt to the side of the door). Also in the box is a magnetic door sensor, an optional product that lets the Securam app track whether the door is opened or closed; unlike with many smart locks, no additional wiring is required for this component. The lock itself is powered by two 3-volt CR2 batteries instead of the usual AAs. This saves a lot of space, though replacement cells aren’t cheap. Hardware is available in matte black or silver. 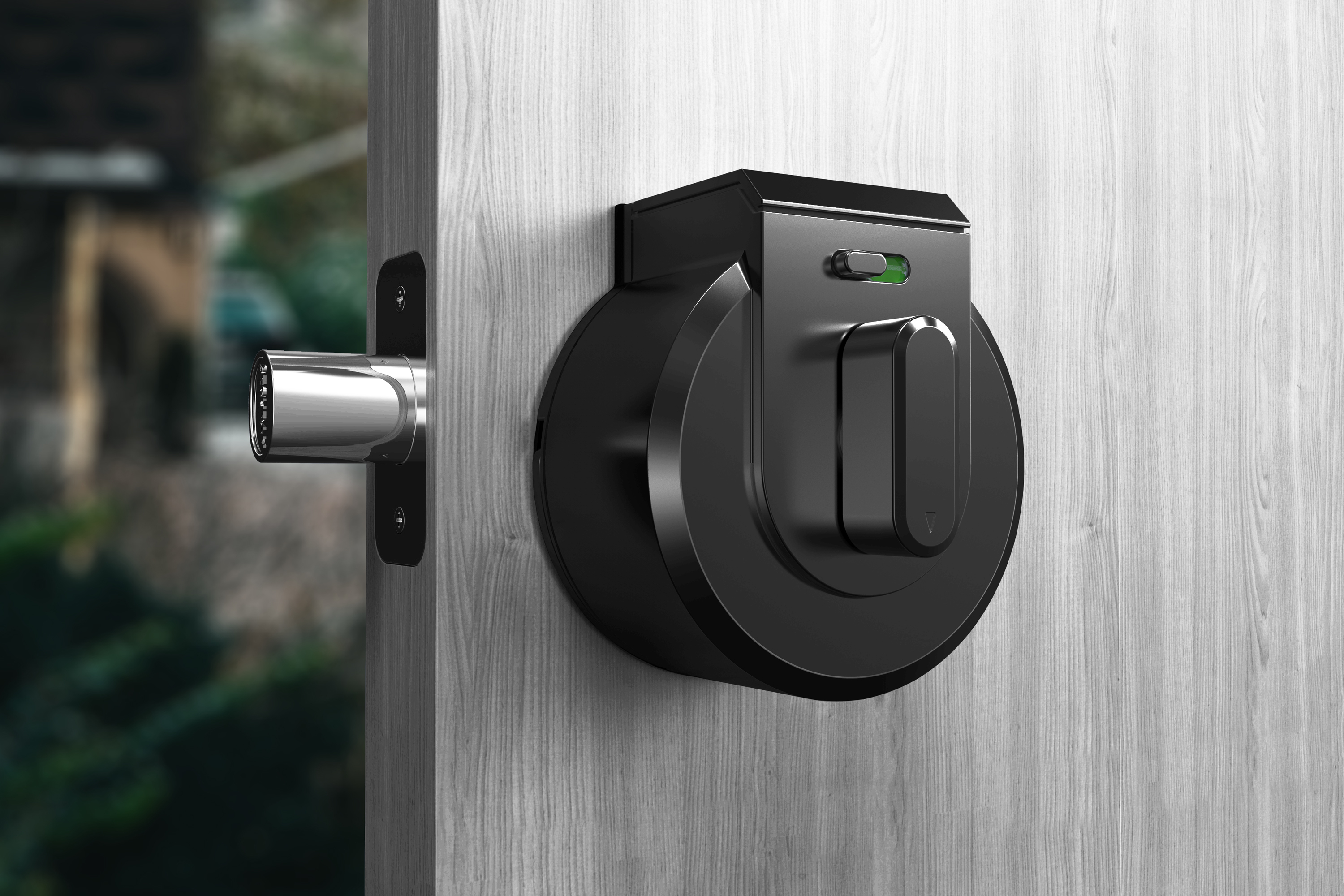 The Securam Touch is a Bluetooth-only lock, so you’ll need to be up close and personal to interact with it via the app. A smart hub that bridges the lock to your Wi-Fi network is not yet available, but will cost $90 when it is. Securam’s app isn’t the best, with a lack of maturity that feels like it’s still in beta. It isn’t hard to navigate, but it never feels intuitive, and certain decisions—such as the default requirement that you enter your numeric PIN every time you open the lock in the app, even if you’re logged in via username and password—are a bit baffling. (Good news: The app will eventually ask you if you want to disable that feature.) Oddly, however, you still must enter a PIN to see the log files.

Adding additional mobile app users is easy (the system sends them an email, prompting them to download the app), but if you want to add offline users—such as a child who doesn’t have a smartphone—you’ll need to do that via the keypad. Inexplicably, you can’t just add a PIN code to the system this way, you can only add a PIN in conjunction with a new fingerprint. If you want to create a temporary PIN for a visiting relative, you’ll need to enroll a spare finger first. The good news is that the fingerprint scanner works exceptionally well, and if your new user is on-hand, it’s easy to enroll them this way as well as to use a fingertip to operate the lock.

The Securam Touch includes a configurable auto-lock feature, includes a prominent button on the hardware that can be used to manually lock out all visitor codes, and offers a robust logging system (though the timestamps were wrong on my app, failing to account for Daylight Saving Time). Each of these features otherwise worked well in my testing.

While it’s rough around the edges, the lock largely works as advertised. It isn’t cheap—especially for a Bluetooth-only lock—although a sale running through March 31 drops the price from $350 to $240, which is a bit more reasonable. At $200—and with some upgrades to the app—this would be a lock worth serious consideration.