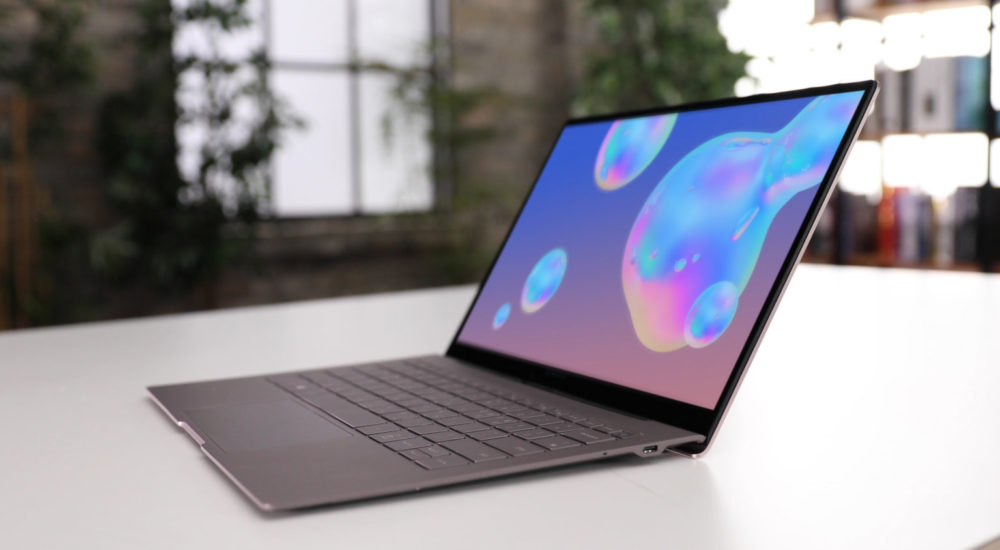 It wasn’t just about the Note 10 and Note 10+ at today’s Samsung Galaxy event in New York City. The company also took the opportunity to unveil a laptop, called the Samsung Galaxy Book S. As rumored, the Galaxy Book S ships with a Qualcomm Snapdragon 8cx chip (7nm 64-bit Octa-core processor) and runs Windows 10. Interestingly, it features a traditional clamshell design, which is different from the 2-in-1 stylings of the Galaxy Book and Galaxy Book 2. It looks to have a thin, minimal design, with two USB-C ports and a headphone jack.

According to Samsung, it has a battery that lasts 23 hours on a single charge. Plus, when you do want to recharge, you can use the same battery charger as your Note 10 thanks to that USB-C port. It comes in two colors, and features a 13-inch touchscreen. Samsung says that it looks like a laptop but has the “essence of a smartphone,” thanks to a powerful mobile chipset that comes with LTE connectivity. It also includes a 720pHD front-facing camera, 8GB of RAM, a microSD card slot, a fingerprint sensor, a light sensor, and AKG stereo speakers with Dolby Atmos tech.

The Galaxy Book S will be available starting in September for $999 each.