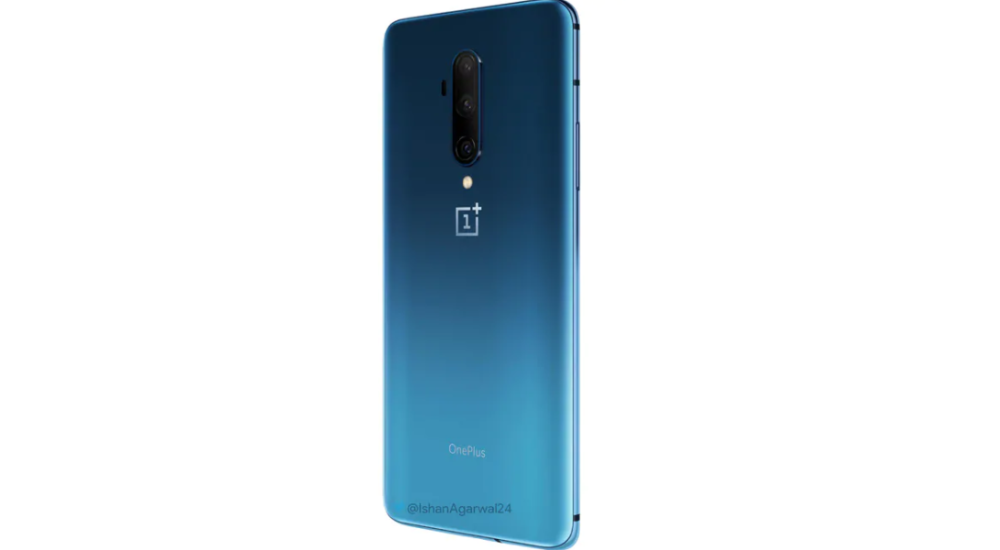 Shortly after launching the OnePlus 7T, the company is all set to launch a phone on October 10, which expected to be the OnePlus 7T Pro. This is the followup to the OnePlus 7 Pro that the company launched back in May. We’ve seen leaked renders of the phone but a couple of more recent ones suggest the OnePlus 7T Pro might ship in a new shade of blue, which some are calling ‘Haze Blue.’ We only have a few days to go for the launch, so we’ll know for sure soon.

These new leaks come from a couple of tipsters on Twitter — Max J (@SamsungNews) and Ishan Agarwal (@ishanagarwal24) — who’ve supposedly managed to get their hands on some official looking renders. Max_J tweeted a highly zoomed-in shot of, what looks like, the backs of two OnePlus devices bearing different shades of blue. The new shade of blue, if true, is expected to be higher compared to the older Nebula Blue version. Meanwhile, Agarwal tweeted four high resolution renders of what he claims to be the OnePlus 7T Pro. He also distinctly states that the new colour will be called ‘Haze Blue.’ From the images alone, it doesn’t look all too different from the Nebula Blue version of the OnePlus 7 Pro (Review).

OnePlus 7T Pro is tipped to draw power from the Snapdragon 855+ SoC, and will reportedly come equipped with a 4,080mAh battery that supports Warp Charge 30T. The phone will also reportedly come with a triple rear camera setup, a pop-up selfie camera, and an in-display fingerprint sensor.