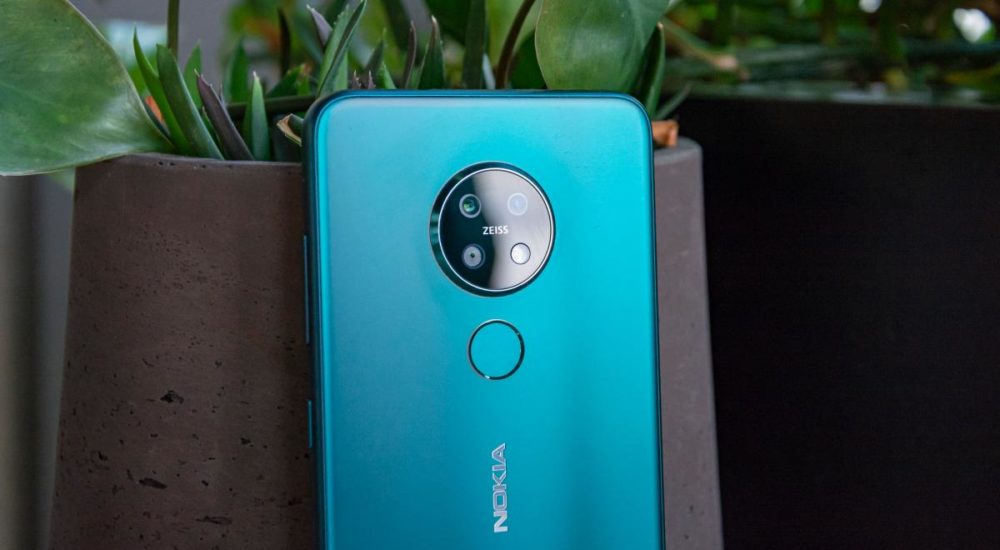 Nokia bolsters its mid-range portfolio at IFA 2019, and the Nokia 7.2 is the top of the bill

Nokia has just about finished its first-ever IFA press conference, and things went pretty much as expected. With a long lineup of phones, Nokia is yet again cramming as many devices as it can possibly push into a t-shirt cannon and firing it point-blank into the crowd.

Nokia squeezed a total of five new handsets into its short one-hour presentation, so you’d be forgiven for struggling to separate the wheat from the chaff. Let’s start with the only thing that matters: I think the Nokia 7.2 is perhaps the best product to come out of IFA 2019, and here’s why.

Okay, please forgive the slight exaggeration, but I’m riding high on unhealthy caffeine levels and lack of sleep. Please don’t let that diminish the Nokia 7.2’s stature though – I still believe this is one of Nokia’s finest smartphones to date, combining top-end attributes with cutthroat affordability when you put it up against the rest of the market. 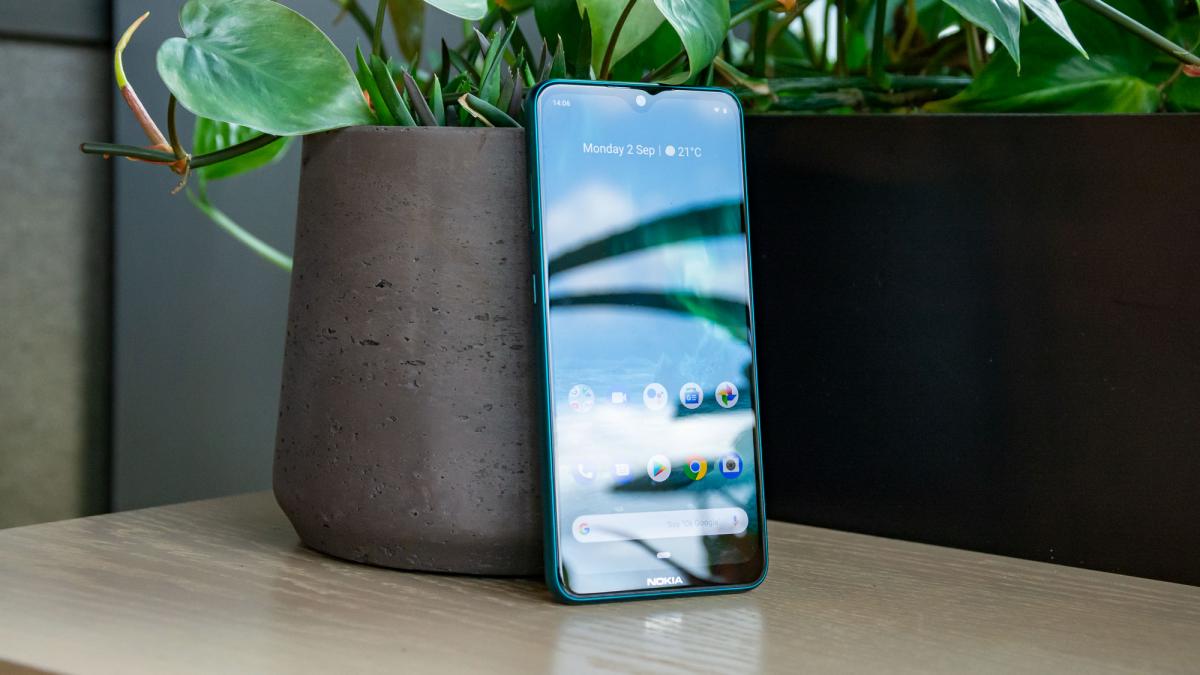 First off, the Nokia 7.2 is simply stunning to look at. The front of the phone might be a bit boring, with a teardrop notch eating its way into the top of the generously sized screen, but flip the phone over and I’m certain you’ll be equally as impressed as I was. The frosted Gorilla Glass-coated rear – which can be picked up in ‘Cyan’, ‘Charcoal’ or ‘Ice’ – manages to reflect light, shimmering nicely in the sun.

It looks fantastic, and it’s all part of Nokia’s new approach of combining Nordic design elements with practical technology. The 7.2 is manufactured using a polymer composite that, according to Nokia, is twice as strong as polycarbonate and half the weight of aluminium.

Elsewhere, Nokia has shifted the layout of the rear cameras, moving them into a circular arrangement that looks quite similar to Motorola’s own mid-range handsets. It’s certainly a neat look, but the camera housing does protrude quite a bit from the rest of the phone. 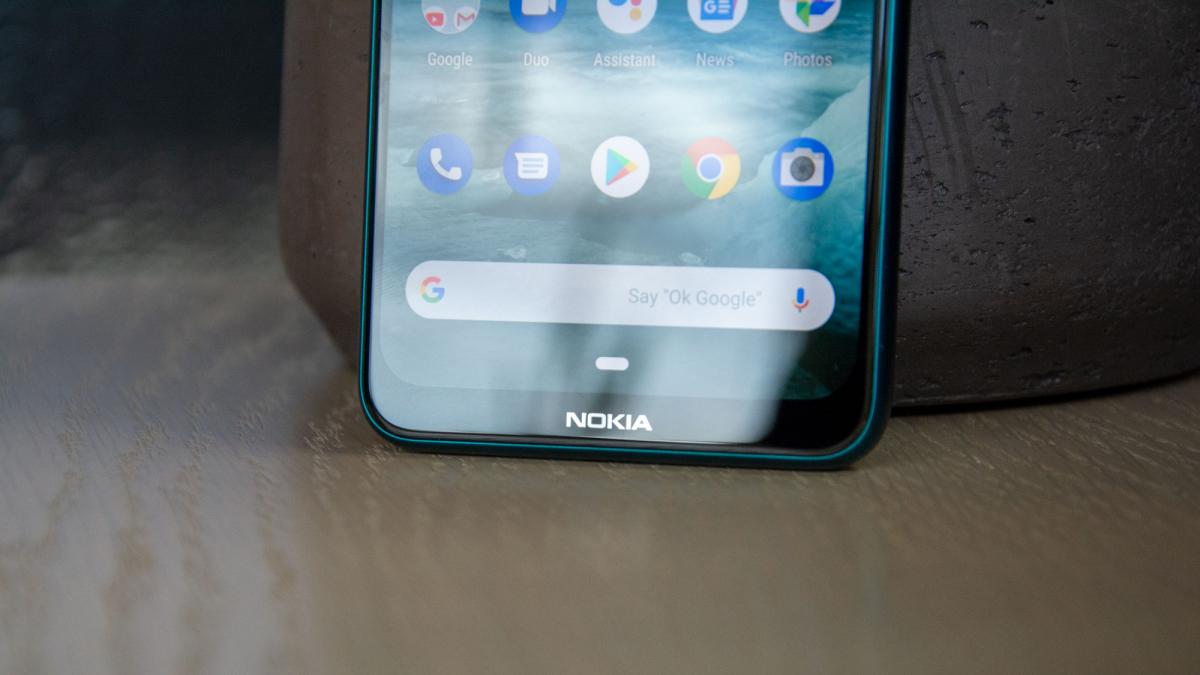 While we’re on the subject of cameras, let’s address the Nokia 7.2’s raison d’être. Nokia made a big fuss about its photographic capabilities at the big unveiling, particularly emphasising that it’s finally bringing Sony’s 48-megapixel sensor to the mid-range.

Of course, we’ve seen some iffy results from this camera in the past, most notably with the OnePlus 7 Pro, so I’m not comfortable singing its praises just yet, at least not until I get a handset in for review.

Regardless, Nokia appears to be very impressed with its portrait capabilities, allowing you to adjust bokeh levels – essentially how blurred the background is – on the fly, and even after you’ve snapped your shot. It’s also supposed to be very good at capturing detail-rich pictures in low-light, thanks to some fancy HDR algorithms and an ‘image fusion’ tech, which essentially takes multiple images and combines them whenever you press the shutter button. 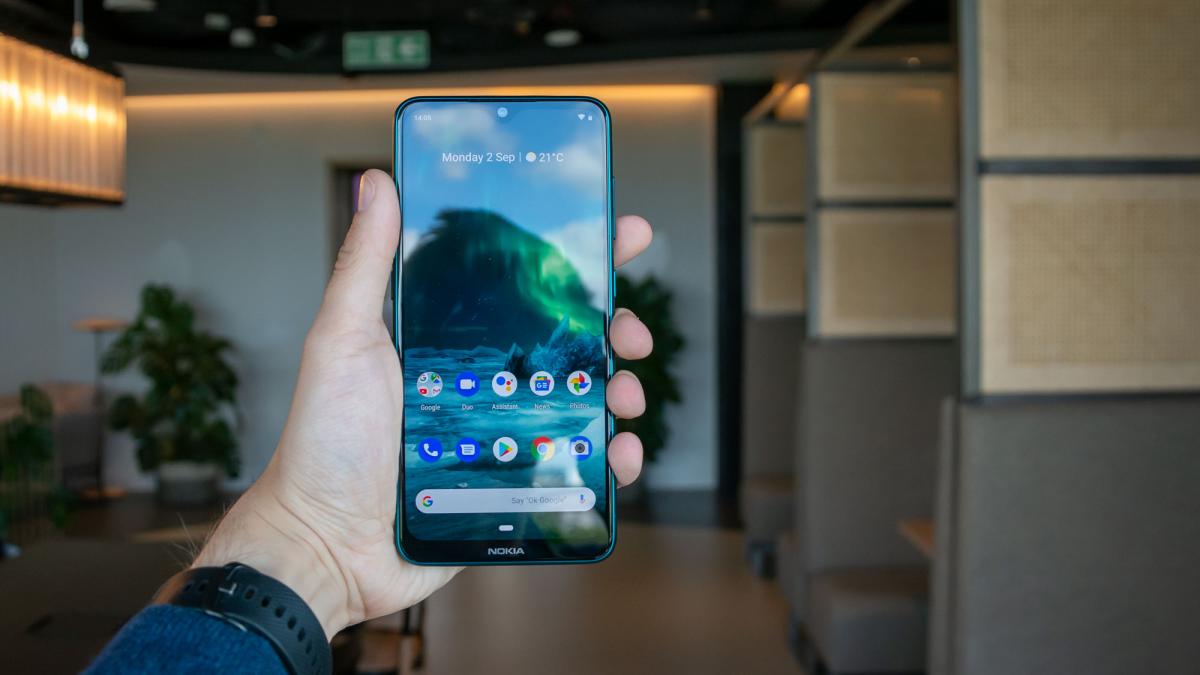 The 48-megapixel (f/1.79) aperture camera is backed by a further two sensors – one is a 118-degree wide-angle lens, and the other is a depth sensor for helping with those blurred background portraits I mentioned earlier. A 20-megapixel camera sits on the front of the phone for your Instagram vanity shots.

Elsewhere, the Nokia 7.2 benefits from the same size screen as the £869 Galaxy Note 10 – that’s 6.3in from corner to corner if you didn’t already know – and this phone is also FHD+ in resolution (2,220 x 1,080), with an impressive 96% screen-to-body ratio. I haven’t had the opportunity to set our colour calibrator loose on a review unit quite yet, but the screen seems rather good for a phone this cheap, based on first impressions alone.

Finally, the Nokia 7.2 is powered by the ageing Qualcomm Snapdragon 660 processor, complete with a choice of either 4- or 6GB of RAM and 64- or 128GB of expandable storage. We last saw this 2017 chipset powering the Nokia 7 Plus, and if that offers any indication of the kind of performance we can expect from the 7.2, then things should be decent enough, but hardly industry-leading.

Regardless of how the phone performs, I still think Nokia has managed to successfully combine top-shelf features at a price that’s more befitting of lighter wallets. Hopefully, if this camera is as good as Nokia is boasting, then I truly believe that the 7.2 has all the hallmarks to do very well indeed.

Releasing later this year, starting at £299 for the 4GB model with 64GB of storage, and £349 for the 6GB variant with 128GB of storage, make sure to keep your eyes peeled for my full review as the autumn months begin to roll in.