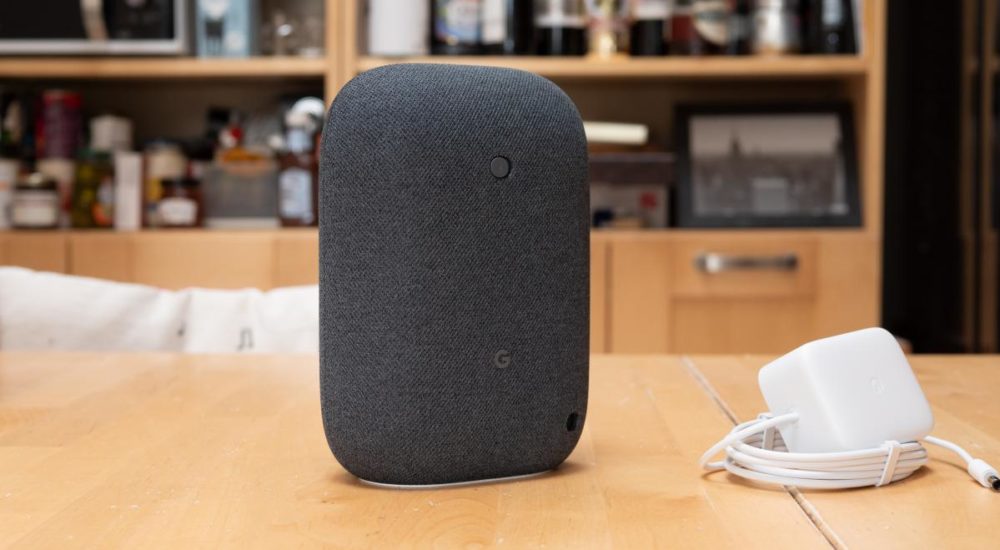 It’s finally happened: Google has at last released the Google Nest Audio, an update to its very first smart speaker, the Google Home.

And, after such a long wait, plenty has changed. The design has been revamped, both inside and out, the price is lower and there’s a renewed focus on audio quality. The best news, though? The Nest Audio is an absolute crackerjack of a smart speaker.

Google Nest Audio review: What you need to know

In case you hadn’t guessed it already, the Google Nest Audio is very different from the speaker it replaces both in terms of the way it looks and the way it’s constructed.

It’s now covered head-to-toe in tough-feeling recycled fabric. It no longer has multi-coloured LEDs on top; instead, there are four LEDs across the front, just like those on the Nest Mini.

The Nest Audio now has a physical mute switch on the rear for those times when you want a little privacy, and its Wi-Fi connectivity is now complemented by Bluetooth, something the Home lacked. 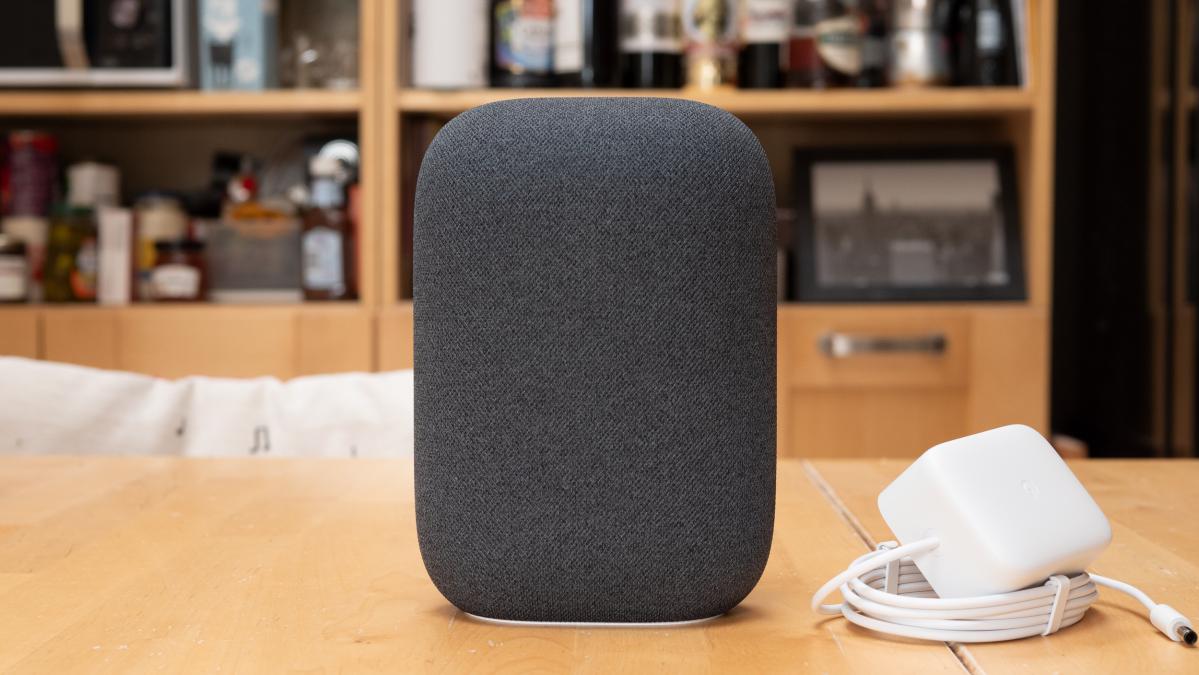 Google has made dramatic changes the way the speaker has been engineered from an audio standpoint as well, with new drivers inside that deliver 75% more volume and 50% more bass.

Essentially, however, the premise remains the same as ever. The Nest Audio is a smart speaker – just like the original Home – that you can use your voice to control.

Get the speaker’s attention with “Okay Google” or “Hey Google” and you’ll then be able to ask the speaker to play music, listen to radio, control smart home devices, set timers and alarms, or even answer general questions like “Hey, Google, when did the original Google Home come out?”

Instead of Google Assistant, the Echo employs the Alexa voice assistant; otherwise, it’s a similar speaker. It will listen out for voice controls and let you play music, ask questions and control smart home devices.

Where the Echo differs from the Nest Audio is that it has built-in, low-power Zigbee wireless, which allows smart home devices such as smart lights, plugs, locks and sensors to talk to it directly instead of having to go via their own separate hub. It also has a 3.5mm input/output where the Nest Audio has none.

The only other serious alternatives at around this price come from each manufacturer’s own smart speaker ranges. The Echo Show 5 is £80 and comes with a 5in touchscreen display, the Echo Spot is £80 (another smart screen, this time spherical) and the Nest Hub costs £80. None of these can match the Nest Audio’s audio prowess, however.

And that really is what the Google Nest Audio is all about: squeezing as much audio quality out of a small package as is humanly possible.

Beneath its fabric covering – which Google proudly claims is made from 70% recycled plastic bottles – are two drivers: a 75mm (2.95in) woofer and one 19mm tweeter. That’s a huge step up from the single 50mm full-range driver and twin passive radiators included in the original Google Home speaker.

With the whole lot nestled within a rigid housing that feels incredibly solid in the hand, it’s a very different proposition to the original Google Home and it translates to a very different-sounding speaker as well.

Where the Google Home was merely okay as a speaker (although it was great as a smart speaker), the Google Nest Audio absolutely smashes it out of the park. Not only does it deliver a much richer, fuller sound, but it also does so across music genres and it goes pretty loud, too.

The first thing I did with the Nest Audio when I extracted it from its box was to fire up my favourite “lo-fi beats” playlist on Spotify for some chilled background music to work to. I was immediately impressed with how solid and meaty the low-end sounded. 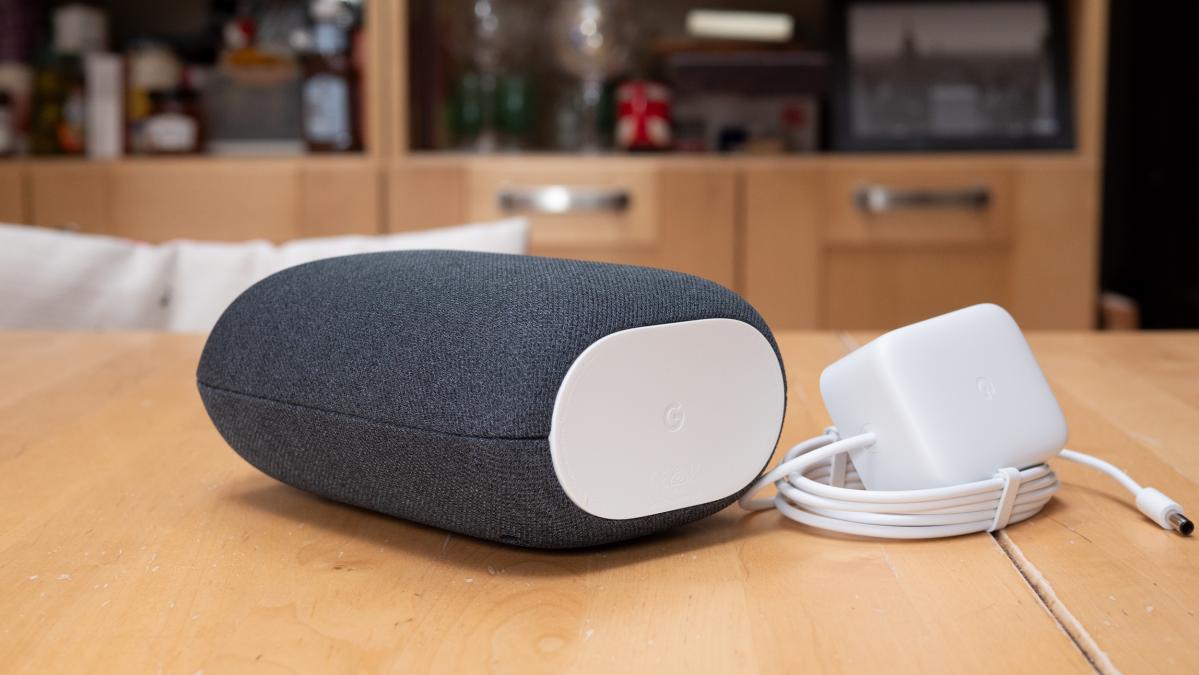 Moving next to some vocal-focused material – Gregory Porter’s latest album, All Rise – and the Nest Audio coped admirably, delivering Porter’s powerful baritone with a sense of drive and richness that belied its size.

It’s not all about the low-end, though. There’s also plenty of articulation here with drums, cymbals and hi-hats all easy to pick out above Porter’s driving vocals and good separation between instruments as well. There isn’t much width to the sound here but you can get stereo imaging by purchasing a second speaker and setting up stereo in the Google Home app.

The only time the Nest Audio begins to get out of shape is when you crank the volume up to maximum and cue up something raucous. A few minutes of listening to System of a Down and Rammstein at maximum click quickly had me reaching for the touch-sensitive volume buttons; the Nest Audio simply doesn’t have the power to keep driving the music forward at higher volume levels. In these circumstances, it sounds strained and runs out of puff. 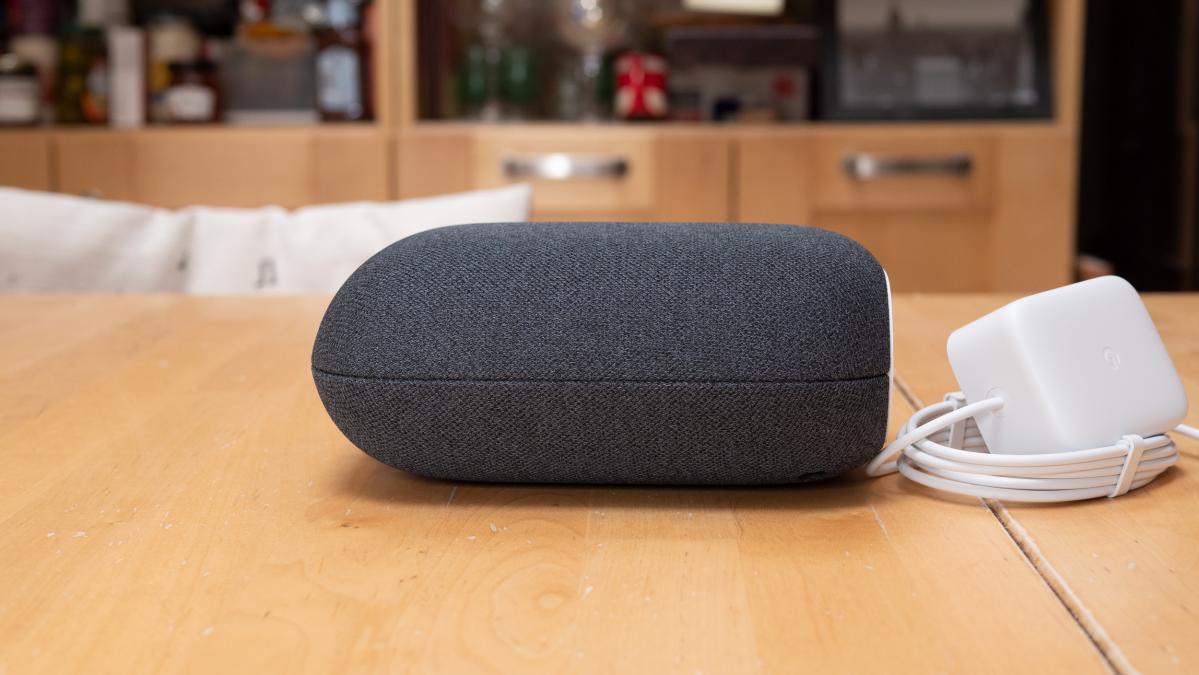 Keep the volume to lower levels, however, and you’ll find there’s not much that fazes this compact speaker; Paul Landers’ overdriven guitar solos are much more pleasing to listen to at lower volume levels.

The Nest Audio doesn’t just excel at music reproduction, though. Thanks to Google’s “Media EQ” technology it’s also able to automatically adapt its tuning to the content and that’s being played through it, whether that be podcasts, audiobooks or talk radio.

I couldn’t hear obvious evidence of this occurring but I did notice that, on one of the football podcasts I listen to, the Nest Audio was able to mitigate the deep tones of one of the presenters, making him far easier to understand.

Perhaps more useful is another of Google’s automatic audio technologies, Ambient IQ, although this isn’t the first time we’ve seen the tech. It’s available on the Nest Mini, Nest Wifi, Nest Hub and Nest Max products. Ambient IQ adjusts the volume and the EQ of spoken-word content – podcasts, radio and audiobooks – to make it more audible depending on the background noise. It works surprisingly well. I fired up a hairdryer right next to the speaker while it was playing another of my regular football podcasts and immediately the Nest Audio raised the volume level and shifted the EQ towards the treble end of the audio spectrum, making it easier to hear over the background roar. It’s subtle, so most of the time you probably won’t notice it, but the result is that you don’t end up tweaking the volume all the time. It’s very clever indeed.

All of which brings me to what is, possibly, the Nest Audio’s weakest aspect: its touch-sensitive controls. These are split into three zones, arrayed across the top of the speaker, just in front of the fabric seam that runs around the circumference.

You tap the speaker’s right shoulder to turn up the volume, tap the left to turn down the volume and tap in the centre to pause or play. Sounds simple, doesn’t it? Unfortunately, there are no markings to indicate where the zones start and finish, and because the central zone is quite narrow I ended up adjusting the volume when I had intended to pause on more than one occasion.

It’s just as well that the new triple microphone array is great at picking up your voice over background noise. Whether I was using the Nest Audio in the office or the kitchen, it invariably picked out my voice accurately and Google Assistant did its usual brilliant job of interpreting my various requests.

In that respect, this makes it superior to Amazon’s Echo speakers. Although there’s generally more third-party hardware and software support for Alexa, Google Assistant is much less frustrating to use and, therefore, feels a little more reliable. It also gives you a little more time to think about what you’re going to ask as well, which is nice when you’re fumbling around for what to say.

The only time I found that it struggled was when the volume was turned right up and I had to raise my voice for Google Assistant to hear me clearly.

Otherwise, there’s plenty to shout about here. Indeed, the long-awaited Google Nest Audio is the successor the Google Home has long deserved.

It sounds great, looks great and works just beautifully; the only missing piece of the puzzle being the lack of 3.5mm input. For £89, though, you simply can’t go wrong. 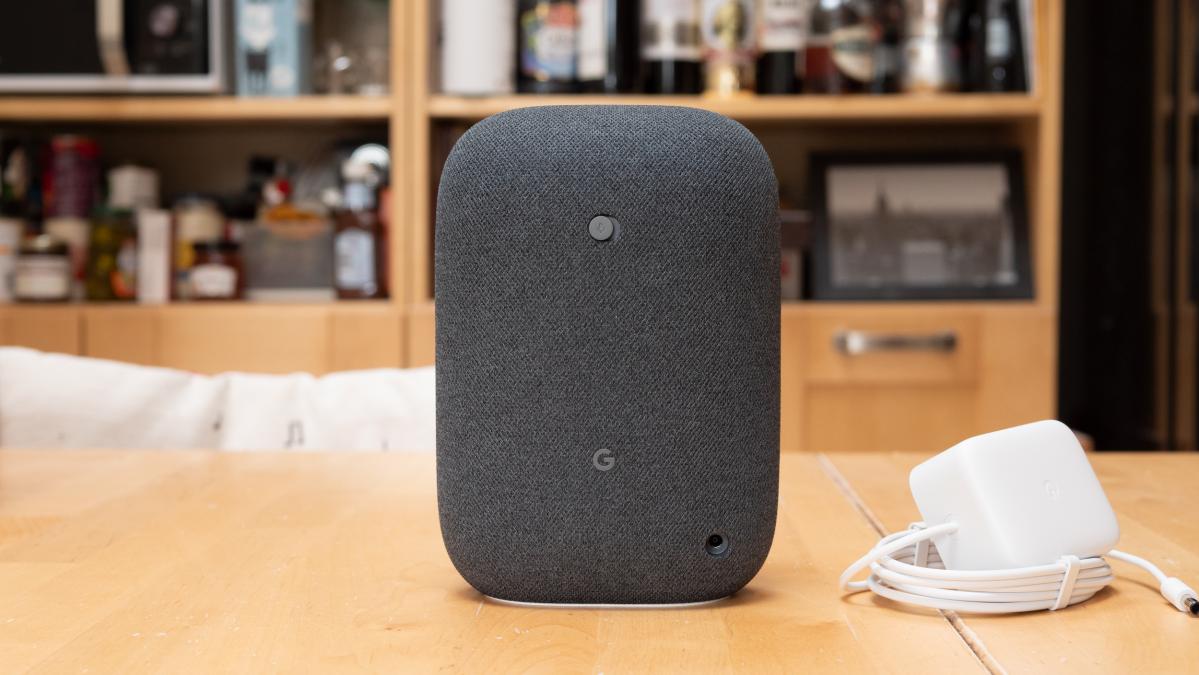