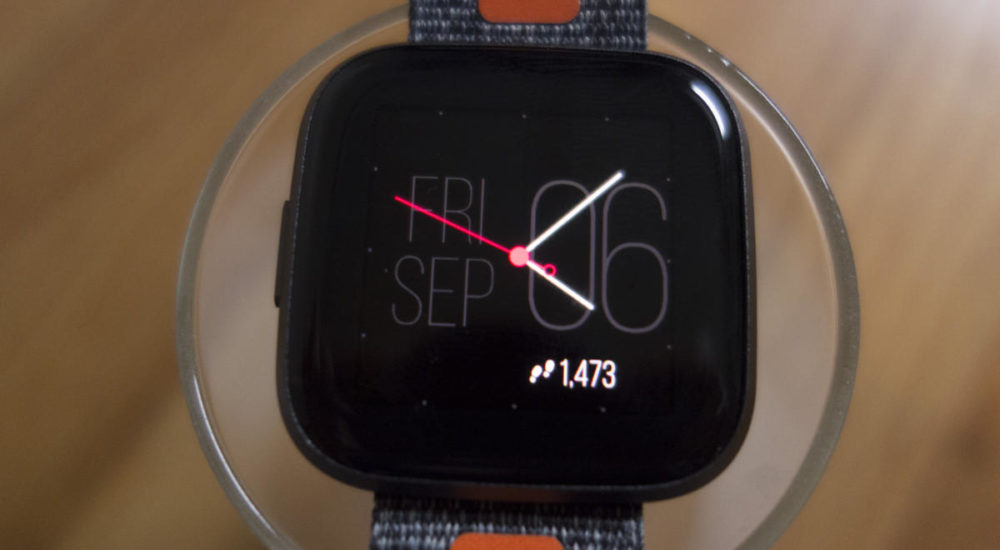 If you would have told me that my favorite smartwatch of 2019 would have a brilliant OLED display, great battery life, effortless fitness tracking, Spotify support, and an on-board assistant, I would have guessed it was the Series 5 Apple Watch. It’s not. It’s the Fitbit Versa 2. 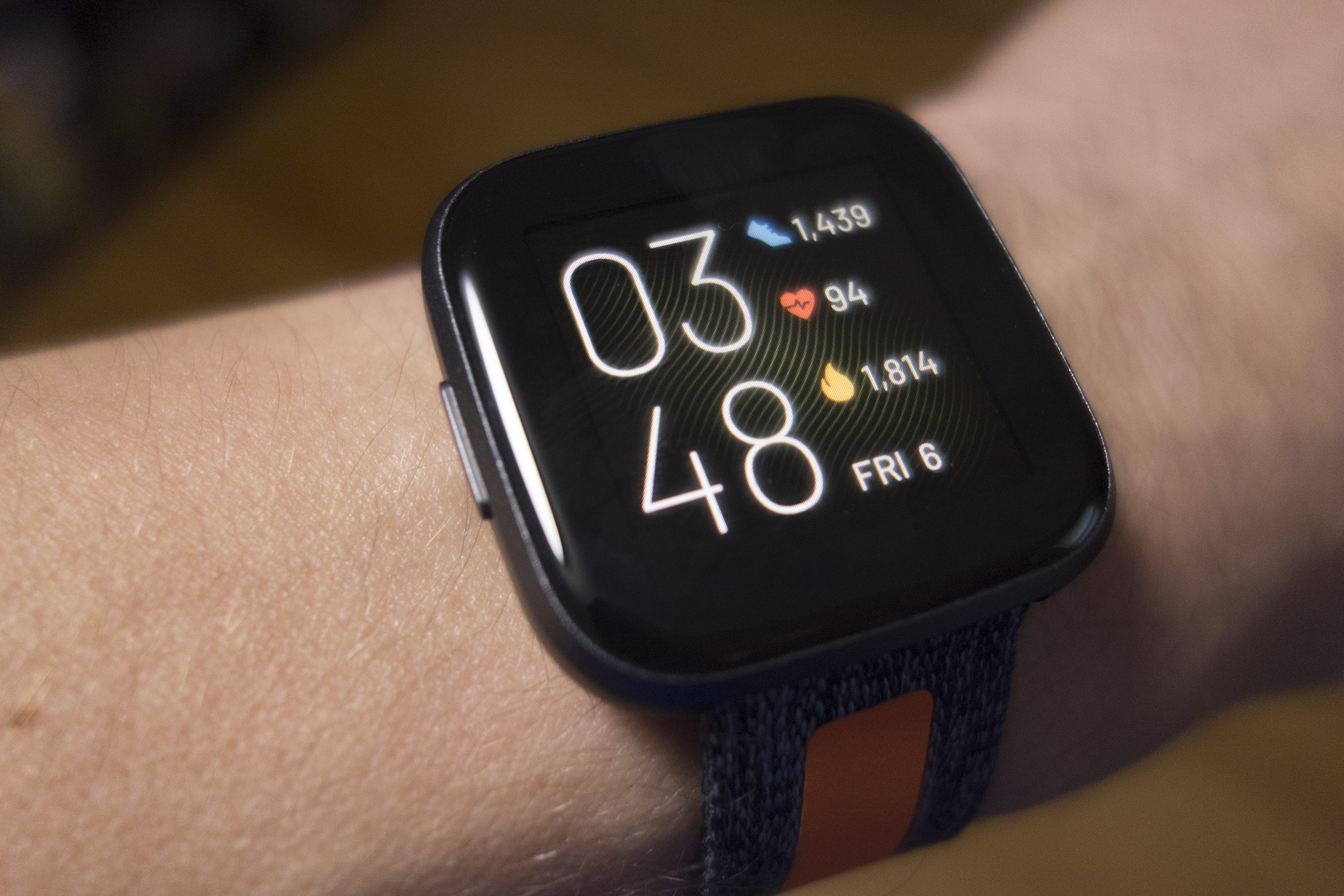 Fitbit hasn’t reinvented the wheel with the Versa 2. Rather, a series of small but meaningful changes make it feel like a completely new device that’s ready to compete with the Apple Watch at half the price. Where the original model had clear shortcomings that I was willing to overlook due to its price tag, the Versa 2 plays in the feature-rich deep end, and feels like a veritable bargain as a result.

The Fitbit Versa 2 isn’t perfect, nor does it match up spec-for-spec with the latest Apple Watch. But the improvements it brings put it on equal footing with the cream of the smartwatch crop, marrying Fitbit’s fitness acumen with the features we want in a cutting-edge wearable device.

OLED is the difference maker

At first glance, the design of the Fitbit Versa 2 is nearly identical to the Versa. It has a squircle shape with tapered edges and a thin profile, and it’s just the right size to look good on the majority of wrists. Like the Versa Lite, which was introduced earlier this year, it has a single button rather than three on the original Versa, which simplifies both the look and the navigation. 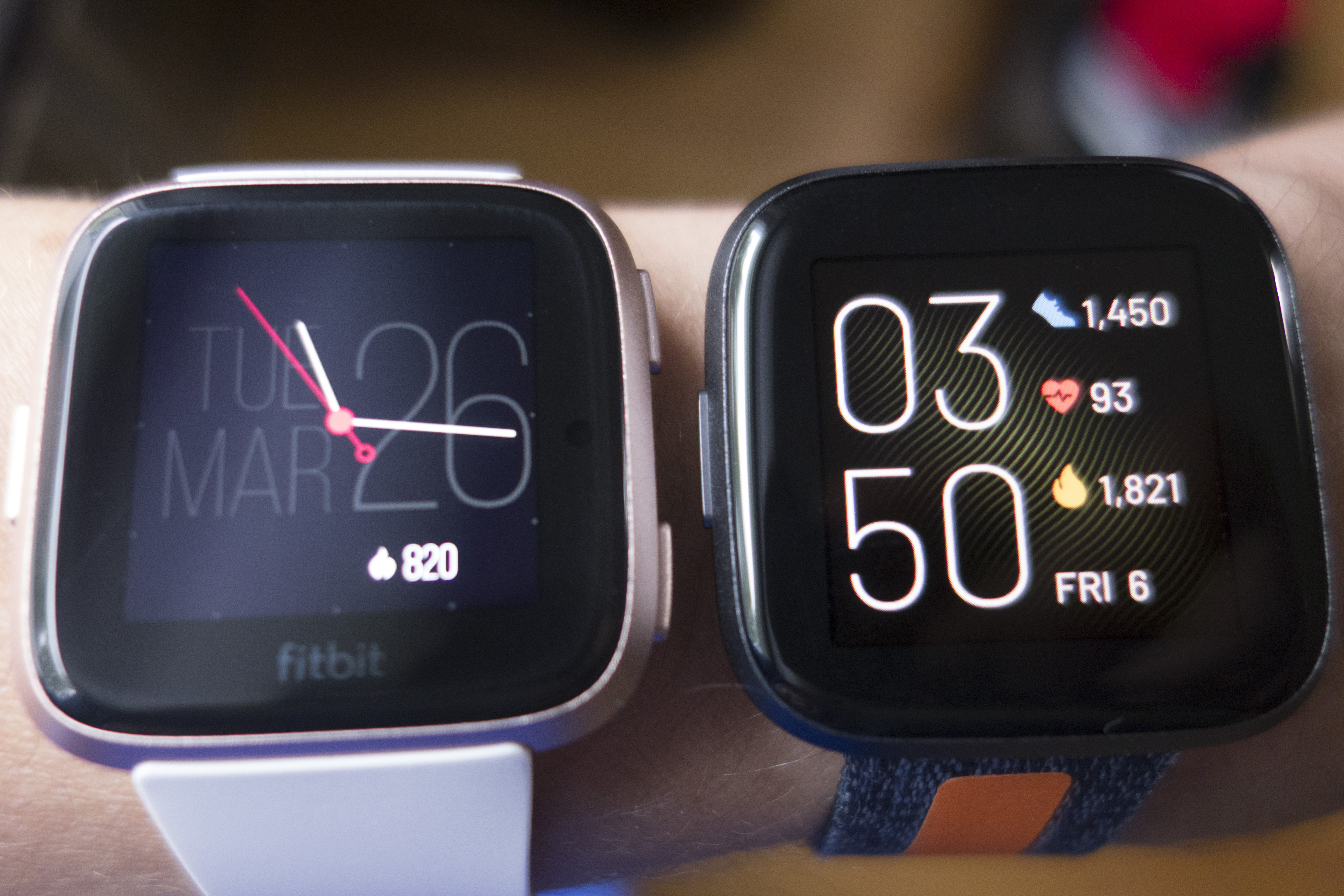 At 1.34 inches, the display is the same size as before, but there are two notable changes that make a huge difference: It’s OLED and it’s centered. On the original Versa, text and images on the LCD display were a touch dull due to backlighting, but they’re bright and vibrant on the Versa 2’s OLED screen. Also, you have to try really hard to see where the display ends and the bezel begins, which gives it a classier overall feel.

The position of the screen is a much less obvious tweak, but it’s a refreshing one. Fitbit has eliminated its logo from the front of the watch, a decision that allows the screen to shift a millimeter or two lower so the bezel are uniform all around. It’s more than cosmetic. Without the logo, your eyes will be firmly fixed on the display, and the centering brings a balance that wasn’t there before. 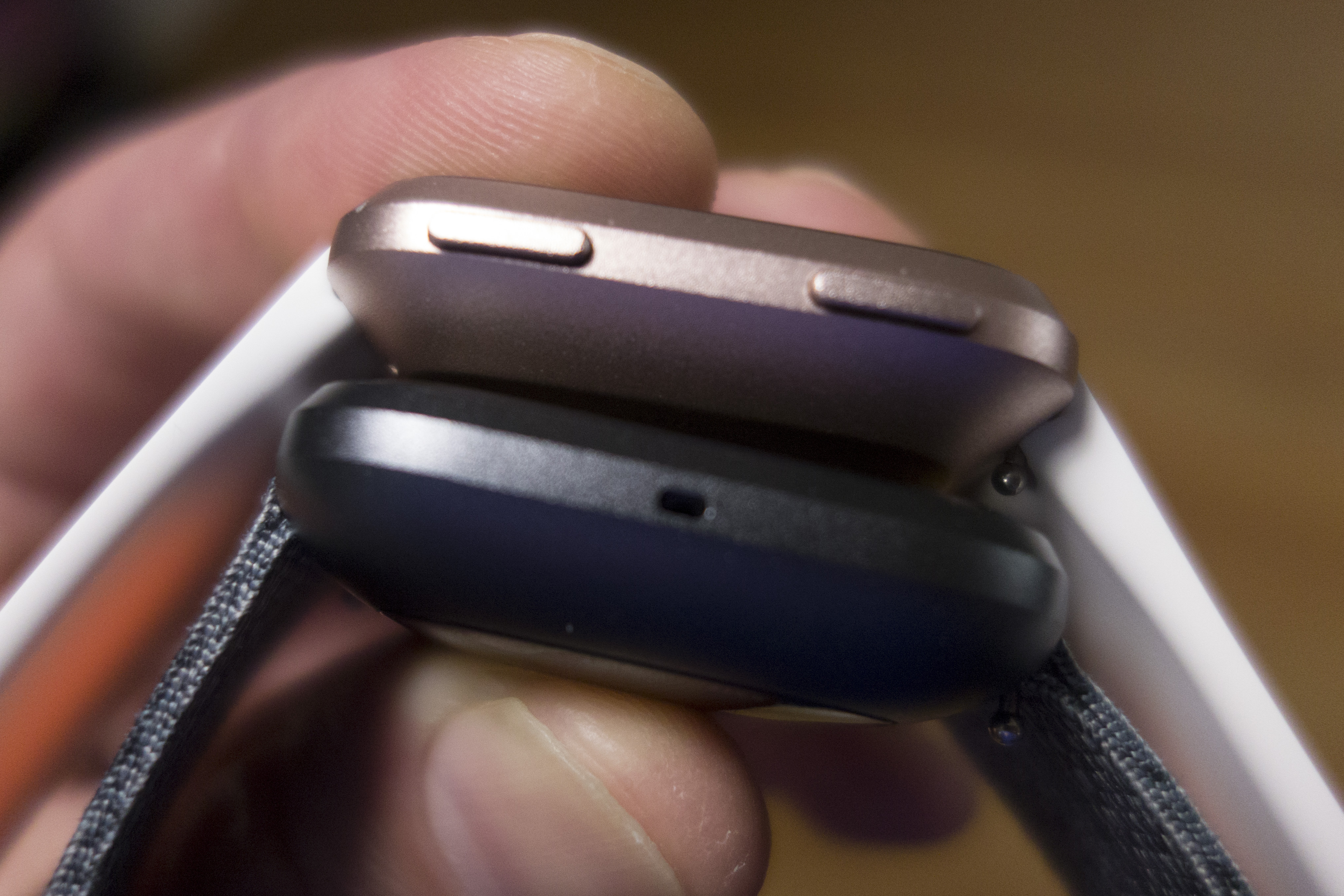 Elsewhere, the Versa 2 mimics the Versa, with a black, silver, or rose gold body, and a variety of swappable bands. The pin mechanism isn’t quite as easy as the quick-release buttons on the Charge 3 or Apple Watch, but it’s simple enough to use them before and after a workout. I particularly liked the orange-and-charcoal woven reflective band, which is available for $40, but the simple sport bands are sharp too. Of note, Fitbit is selling three varieties of rose gold watches this year—with pink, purple, and green bands—which speaks to the gender-neutral look and size of the watch.

The Versa’s maturity isn’t just skin deep. All models now include NFC for Fitbit Pay transactions, and it runs a new version of Fitbit OS that features thoughtful flourishes throughout, including improved navigation and better app support. My favorite change is the collapsable quick settings pane at the top of the notifications window that offers a variety of shortcuts. 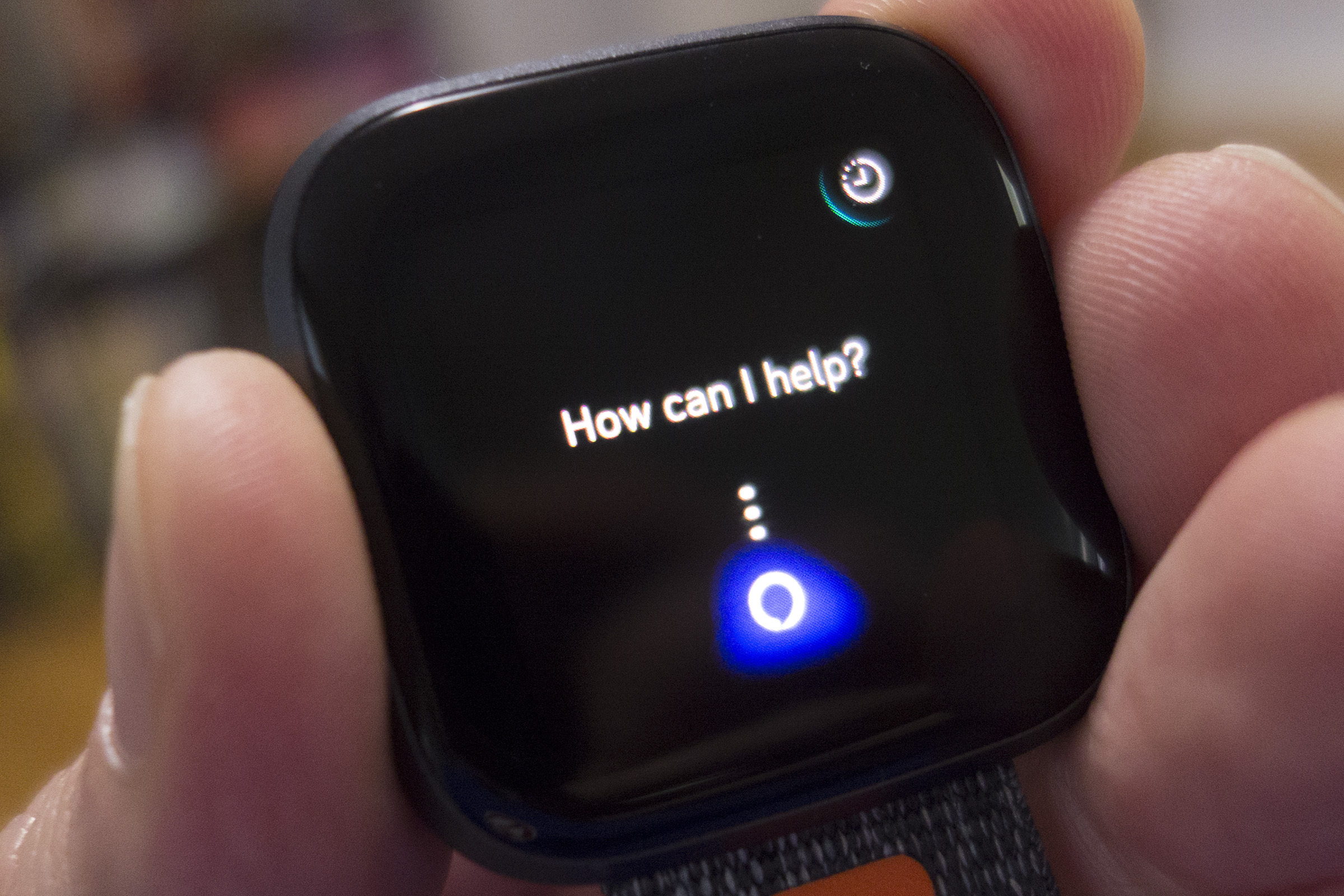 But most people will be interested in a more obvious addition: Alexa. Rather than try to build its own assistant, Fitbit has partnered with Amazon to bring its digital assistant to the Versa 2, and it’s a fantastic debut. While the integration is relatively rudimentary, Alexa adds an important missing piece to Fitbit’s wearables that put it in the conversation with Siri and Google Assistant.

However, Alexa on the Versa 2 very much feels like a first-gen feature. There’s no wake word or raise-to-wake functionality, so you need to press and hold the side button each time you want to ask something. You’ll also need to constantly look at the screen, because Alexa has no voice on the Versa 2. And you can’t get directions, play music, or read a story.

But for all it can’t do, Alexa is still a solid companion for the Versa 2. The engine was very good at deciphering my speech, and despite doing the heavy lifting on your phone, it responded surprisingly fast. And it does plenty: You’ll be able to turn on your lights, get weather reports, find nearby restaurants, set reminders, and control your routines from your wrist, which covers nearly everything you’d want to do with an assistant on your wrist. 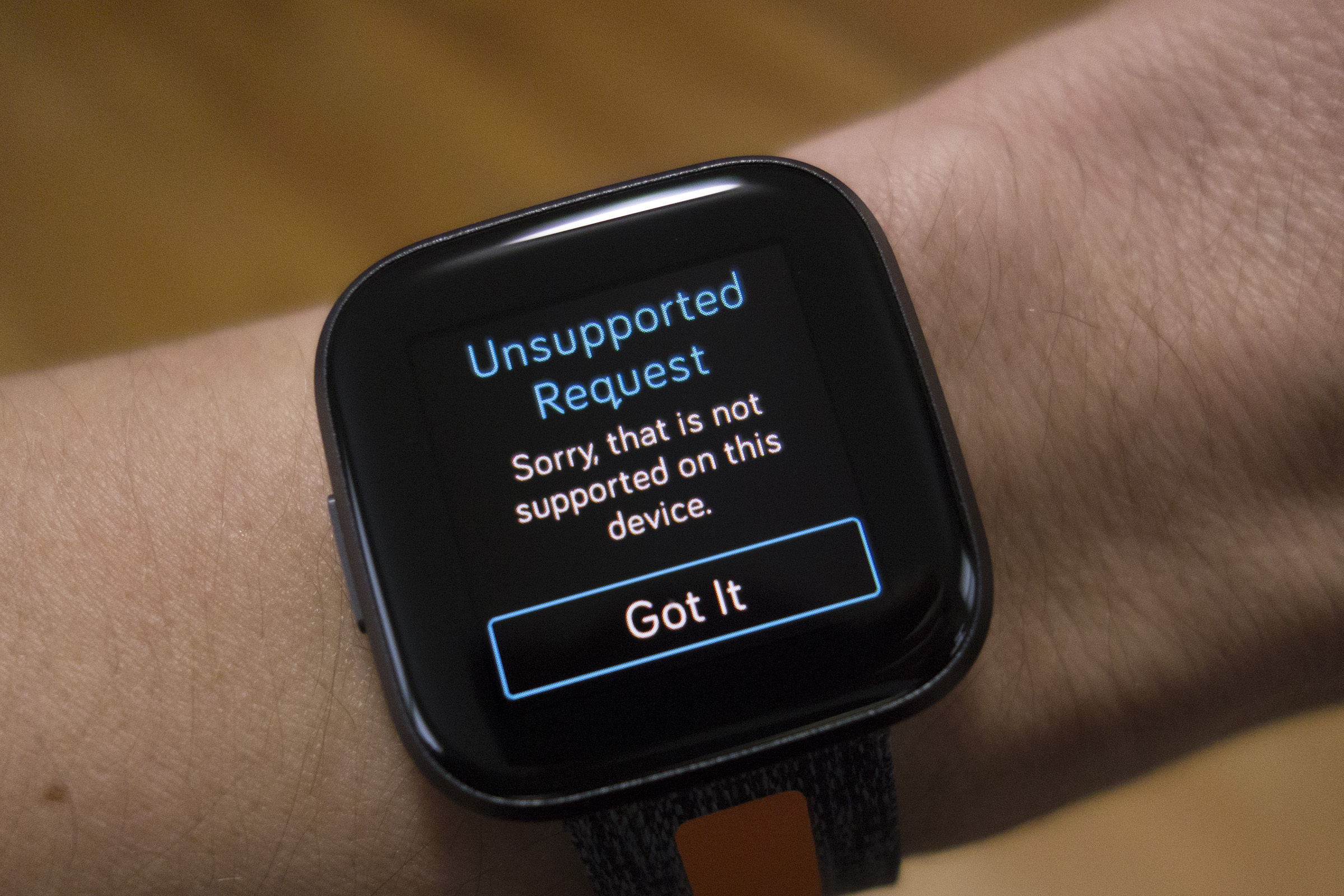 Also new to the Versa 2 is Spotify support via a new companion app. Unfortunately, it’s just a remote, so it’s not as robust as the Apple Music app on the Apple Watch or even the Pandora app on the original Versa. You can’t even play music in a pair of connected headphones. All you can do is start, stop, and like music that’s playing on your phone, but it’s better than nothing. And it’s loads more convenient than the clunky Music app, which still requires you to hook up to a PC, launch an app, and drag songs into a playlist.

A battery that lasts and lasts

I tested the Versa 2 with the Galaxy Note 10 and the Pixel 3 XL running Android 10, and set-up was a breeze with both phones. I had sporadic issues with syncing when more than one phone was around, but it was cleared up with a simple restart of the watch. And besides it’s not a problem most people are going to run into. 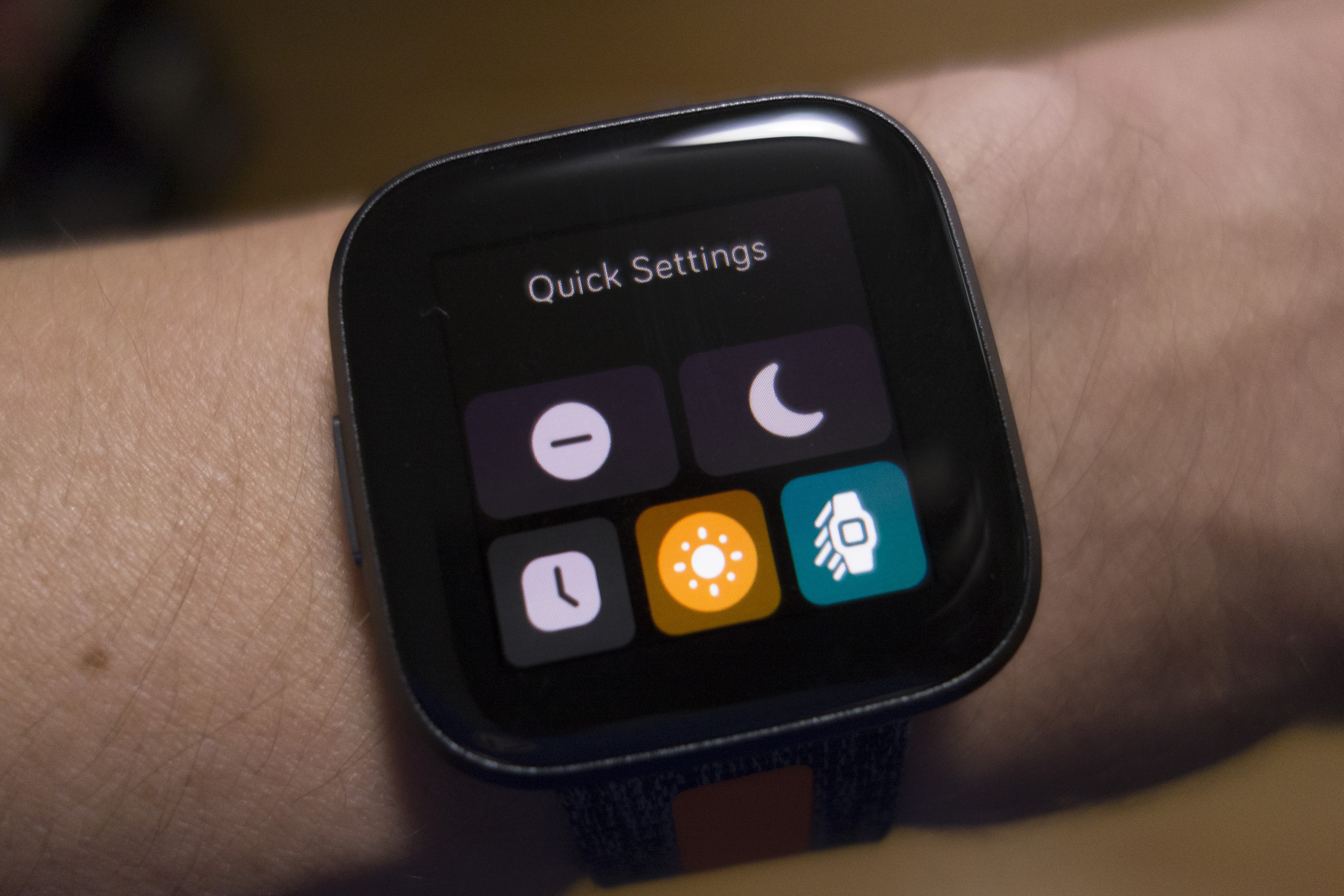 Fitbit doesn’t divulge the processor that’s powering the Versa 2, but it’s definitely a capable one. Apps are still extremely rudimentary compared to watchOS or Wear OS, but they launch quickly and do just enough. Navigation is extremely fast as well, with taps and swipes registering instantly. I also had great results with the heart-rate sensor. On previous Fitbits, I had to reposition my tracker higher on my wrist while working out to ensure a proper reading, but the Versa 2 registered my heart rate without fiddling with it.

Clock faces on the Versa 2 are more vibrant thanks to the OLED display, but the real improvement is the always-on display option. It’s off by default, but you’ll find a button to turn it on in new quick settings pane. There are two options—digital and analog—and you can choose which stats to display as well as whether to show the battery life. It’s a great feature that gives the Fitbit 2 a checkmark that the Apple Watch doesn’t have. My only complaint is that the always-on display overrides the raise-to-wake functionality, so you need too either press the side button or double-tap the display to start using the watch again.

When you opt to turn on the always-on display, you’ll get a warning that it will impact battery life. While that’s technically true, it shouldn’t deter you from turning it on. With the always-on display on, I get better than three days battery life, and with it off, I topped five days, and that’s with heavier-than-normal use. The battery on the original Versa was excellent, but the Versa 2’s battery life is simply outstanding.

Part of the reason for its long-lasting abilities is that it doesn’t have a battery-draining GPS sensor on board, so you’ll need to keep your phone around to get real-time pace and distance. And there’s still not a maps app, so you won’t get turn-by-turn directions on your wrist. It’s a small omission that most people won’t mind (or even notice) not having, but I suspect it’ll be a selling point of the Versa 3 as the Ionic (the only Fitbit with built-in GPS) fades away. 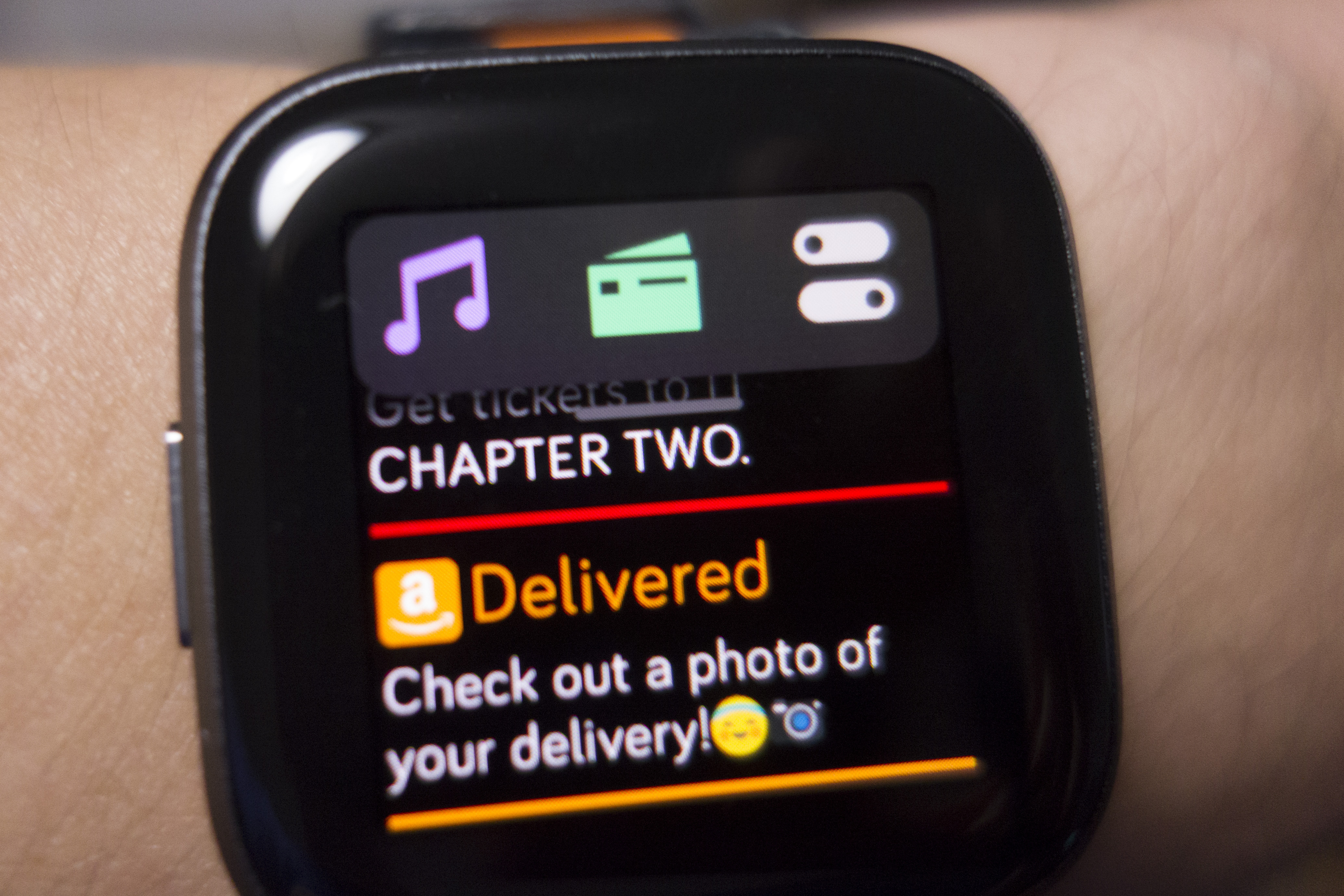 More frustrating than the lack of GPS is the charger that comes with it: It simply doesn’t lay flat on a table. The cable comes out of the bottom of the charger, and there’s no way to bend the cable so its flush against the bottom. The old charger didn’t have that problem, but alas it doesn’t work with the new Versa.

Should you buy a Fitbit Versa 2?

When it launched last year for $200, the Fitbit Versa 2 was an excellent value. The Fitbit 2 ups that ante considerable without raising the price, bringing a better screen, better features, and better battery. And the Alexa integration isn’t too shabby either. Basically, unless you really want Google Assistant or LTE. There’s no reason why the Versa 2 shouldn’t be on your shortlist when shopping for your next wearable. 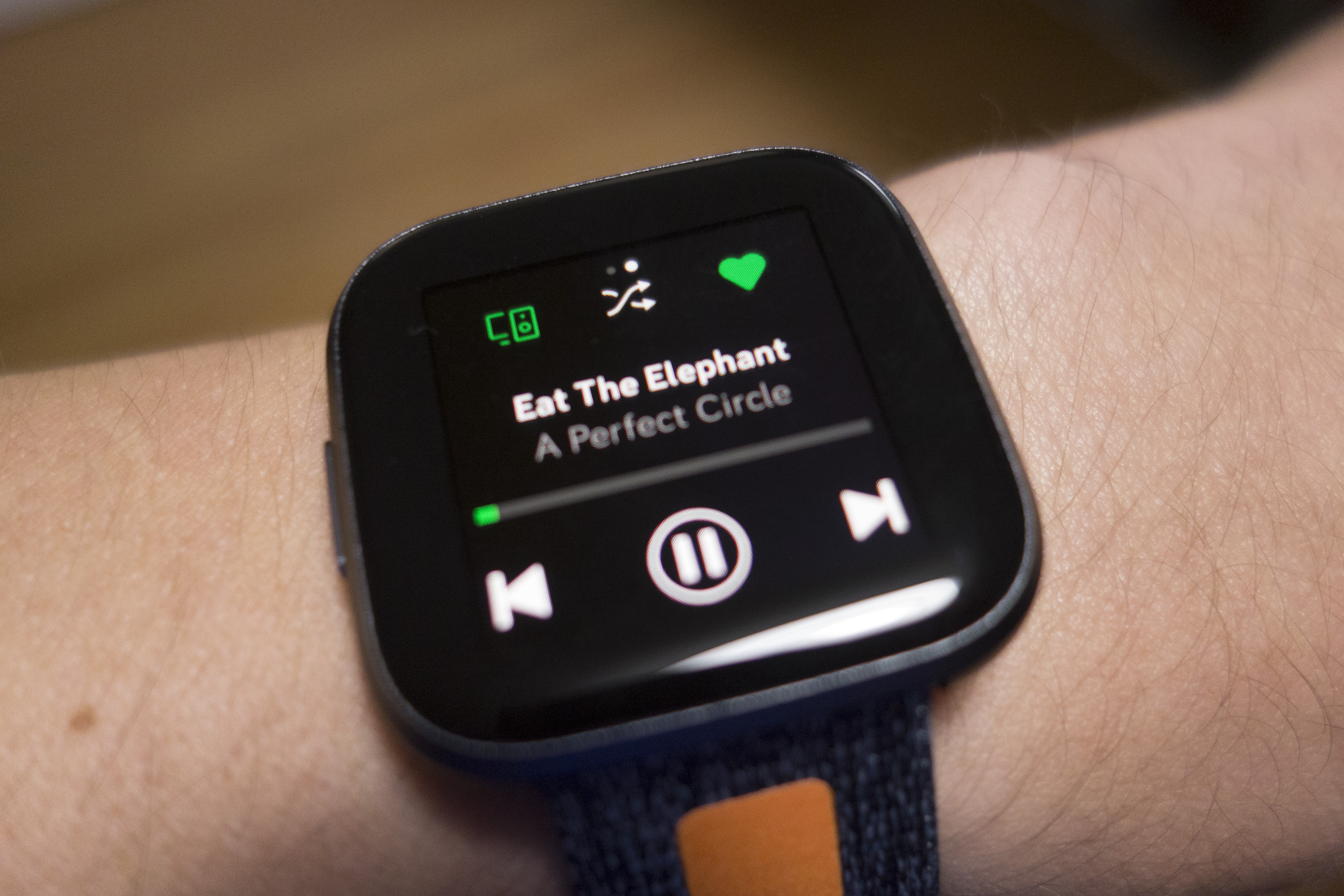 The Versa 2 is a fantastic upgrade from the original Versa or even an older Apple Watch, with smart enhancements that dramatically improve all aspects of the device and make it feel far more feature-rich than its $200 price tag. Speaking of which, you can still buy a special edition version of the Versa 2, but unless you want an extra woven band, there’s no reason to. Last year’s special edition model Brough NFC in addition to the extra band, but this year’s SE model doesn’t have any additional features.

That’s not really a criticism (although the SE model does seems a bit unnecessary now). Rather, Fitbit loaded the Versa 2 with so much, you might not need to consider another watch. Even one made by Apple.

With an OLED display, on-board Alexa, and amazing battery life, the Fitbit Versa 2 is ready to take on all comers—including the Apple Watch.