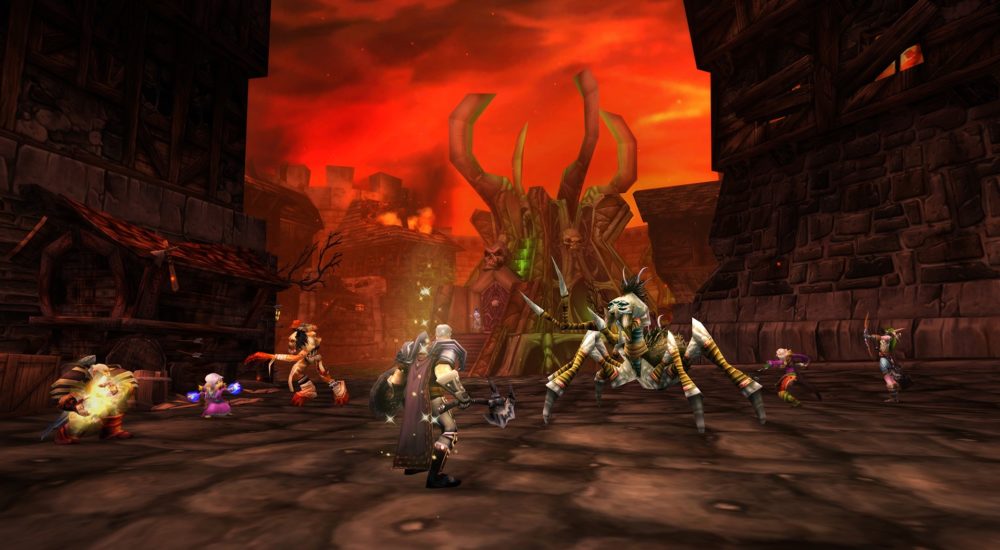 World of Warcraft Classic has been plagued with some controversy since launch over an exploit known as ‘layer switching’, and Blizzard has now issued an official statement on the matter, declaring that it’s a much smaller issue than some folks are making out – although countermeasures against it are incoming.

World of Warcraft developer Pazorax posted on the game’s official forum to say: “We’ve been monitoring players’ use of layers, and we agree that we should add a delay between subsequent layer transfers. Under the hood we have all the controls I talked about in the Reddit AMA before launch, a few secret weapons we haven’t discussed publicly, and we’re working on deploying some additional controls to further restrain layering from being exploitable.

“However, we also want to assure you that the issue is a much smaller problem than some people are claiming. We’ve been closely monitoring the effect layering is having on economies and other aspects of the game, and many of the stories we see posted are wildly inaccurate. We’ve seen screenshots of banks full of rare crafting materials, which we’ve investigated and proved false.”

The uninitiated might be wondering exactly what ‘layer switching’ or ‘hopping’ is.

Layering itself simply refers to splitting a server into different layers, which are effectively multiple copies of the world.

While this was never in the original World of Warcraft game way back when, it was introduced for WoW Classic because Blizzard feared that the hordes of players cramming into early-level zones would effectively make the game unplayable, as competition for resources and quests would be unbearably tough in a single world environment.

Splitting up the population into more manageable amounts over different layers was the solution to the problem of overcrowding given the huge amount of people flocking to WoW Classic initially.

Eventually, when many of the initial rush of players (remember, any subscriber can play) likely get bored of WoW classic, and the server populations thin out, as well as characters spreading out more over the level spectrum, overcrowding should become much less of an issue.

And as Dexerto reports, Blizzard has said it will remove the layering system when this sort of population scenario becomes a reality down the line.

The current problem, though, is that folks are exploiting the fact that they can move from one layer to another intentionally by joining a party (because doing so switches you to the layer which that group is in).

This can be used to gain experience – clear an area of juicy mobs in one layer, then switch to another where they are still spawned, to do it again – or to farm rare resources in much the same way (harvest, switch layer, harvest again).

So the worry is that this practice could blow out the economy longer-term on a server, if some players are managing to gather unreasonably large amounts of super-rare stuff early on.

And that’s exactly why Pazorax mentioned the “wildly inaccurate” stories about this which are floating around, and clarified later in this post: “Rest assured that there are not people running around with banks full of (Thorium) Arcane Crystals or Black Lotus.”

Many folks have welcomed the developer’s comment, and are relieved to hear that the aforementioned tales aren’t true, and that countermeasures are being introduced.

Although equally, others have picked up on the phrase “additional controls to further restrain layering from being exploitable”, language which seems to confirm that engaging in layer switching is indeed an exploit – and therefore, the argument is that players who have done so should be punished for their transgressions.

It seems unlikely that punitive action will be taken, though, leaving those who feel strongly aggrieved at any layering abuse on their particular realm to sit tight, and simply await Blizzard’s implementation of these various controls to prevent layer switching for resource or levelling advantage.