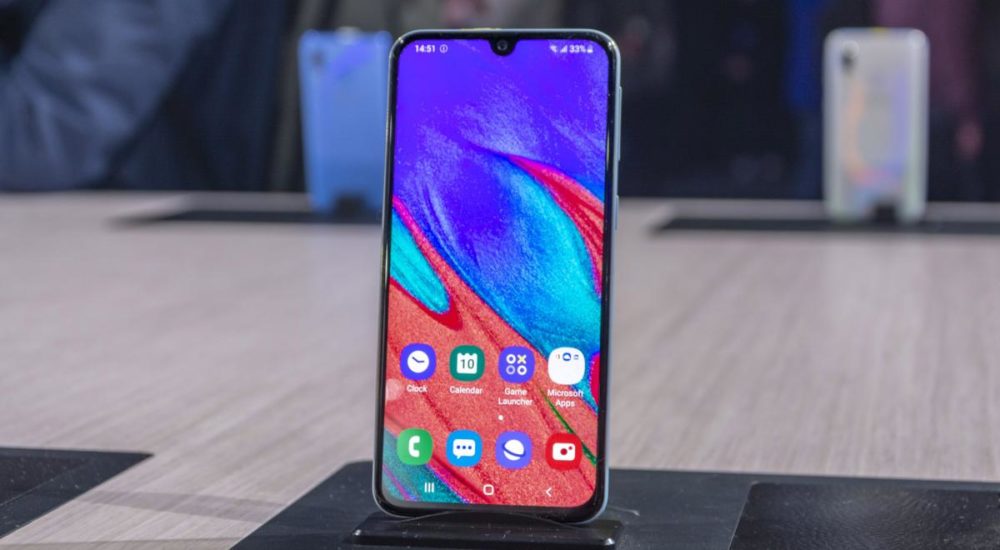 Samsung Galaxy A40 review: Save up to £48 this Black Friday

Back in April, Samsung unleashed a cavalcade of mid-range smartphones at its grand unveiling event in Milan. Sitting under the Galaxy A name, the Korean tech titan revealed that three brand new flagship-killing smartphones would be joining the ranks, each bringing something special to the table.

The Galaxy A80 is perhaps the most interesting of the bunch, thanks to its crazy rotating triple camera. It is, however, also the most expensive of the lot, so I’m here to talk about the Samsung Galaxy A40, which is far better suited for lighter wallets.

At 5.9in across the diagonal, the Galaxy A40 is a nicely compact handset, especially considering the popular trend for ever-growing smartphones in recent years. It includes an FHD+ (2,340 x 1,080) Super AMOLED “Infinity-U” screen, with slightly rounded corners and a central teardrop notch digging into the top of the display, which houses the 25-megapixel selfie camera. 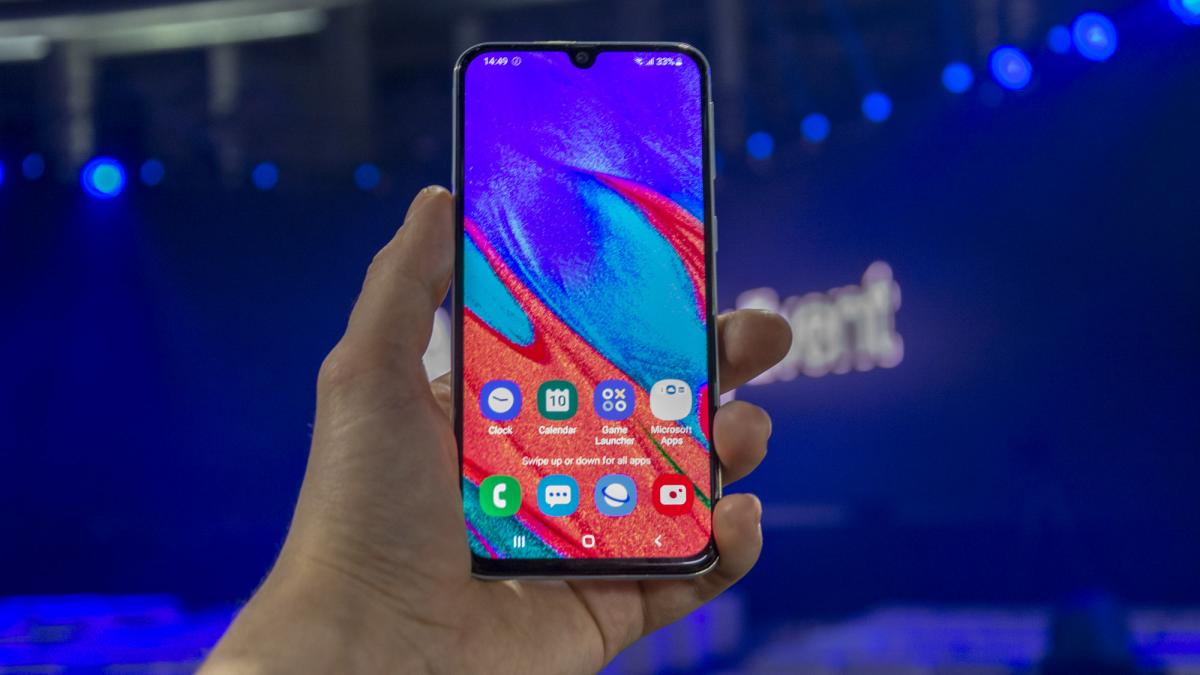 The rear casing is made of what Samsung describes as “3D Glasstic”, which is essentially a form of slick plastic. It doesn’t feel cheap, but it certainly doesn’t match the lavish quality of a metal body encased in glass, like with Samsung’s Galaxy S-series phones. Still, this is a £220 budget handset so you can’t complain too much and it should be less prone to cracking when dropped.

The back of the phone holds a physical fingerprint sensor, which I still favour over the less reliable on-screen readers that have been incorporated into the Galaxy A40’s more expensive stablemates. 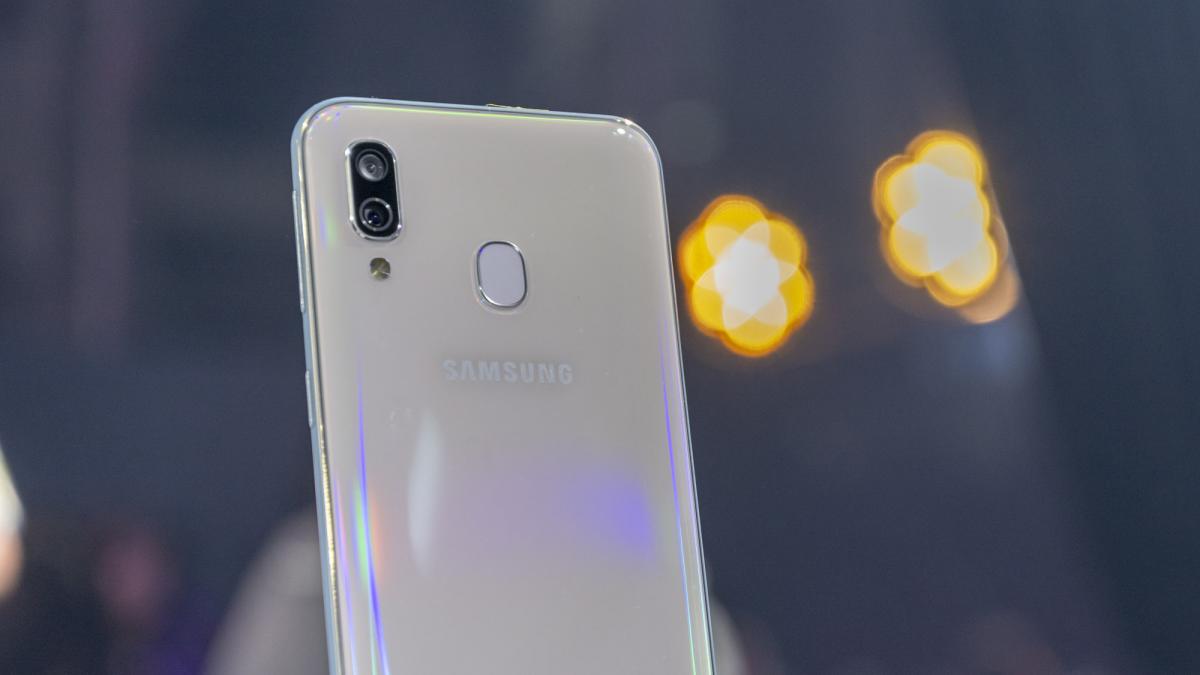 Above and to the left of the fingerprint reader is a stacked dual camera setup that consists of a primary 16-megapixel f/1.7 lens, backed up by an ultrawide (123-degree) 5-megapixel f/2.2 unit. Samsung says there are 19 camera modes to choose from and the AI camera software will recognise the scene or object you intend to shoot and make on-the-fly brightness and saturation adjustments. The A40’s cameras can also record Full HD video at 30fps, although this isn’t optically stabilised. 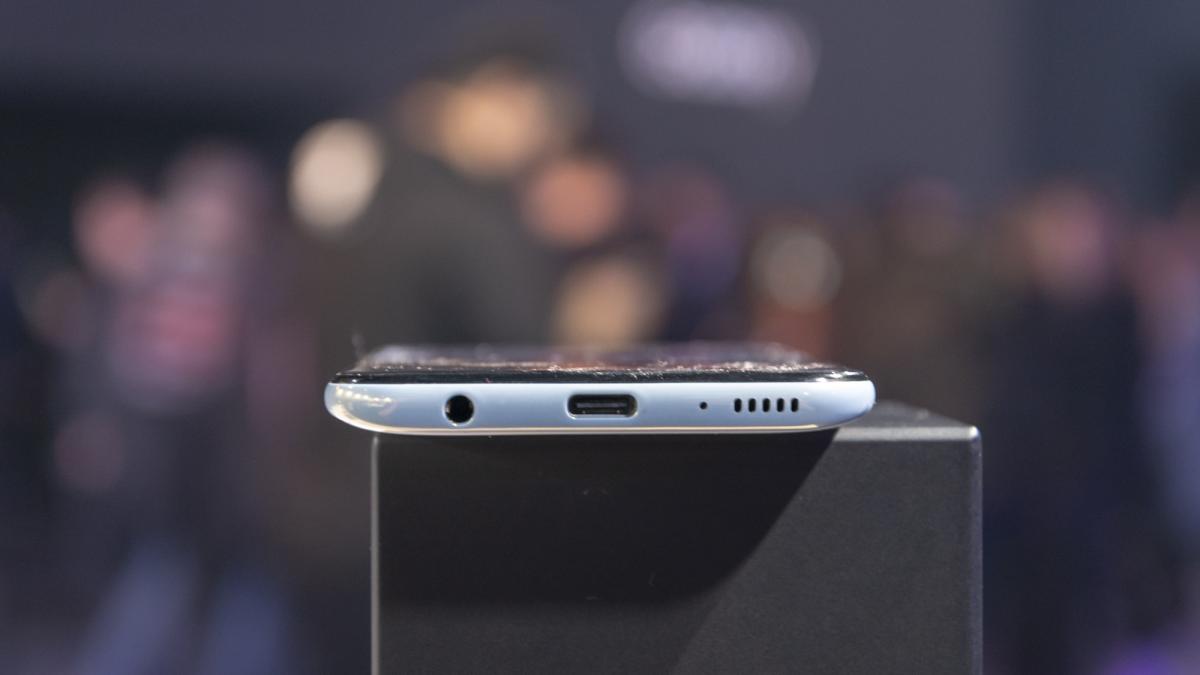 The Galaxy A40’s innards are about as average as the camera. It’s powered by Samsung’s own octa-core Exynos 7885 chipset, backed up by 4GB RAM, so it should open up apps fast enough and keep multiple apps running in the background without grinding to a halt. It starts out with 64GB of internal storage, although this can be expanded up to 512GB via microSD.

The Galaxy A40’s 3,100mAh capacity battery is expected to last around a day on a single charge. Should battery levels drop to zero, the USB Type-C port on the bottom edge supports charging speeds up to 15W. 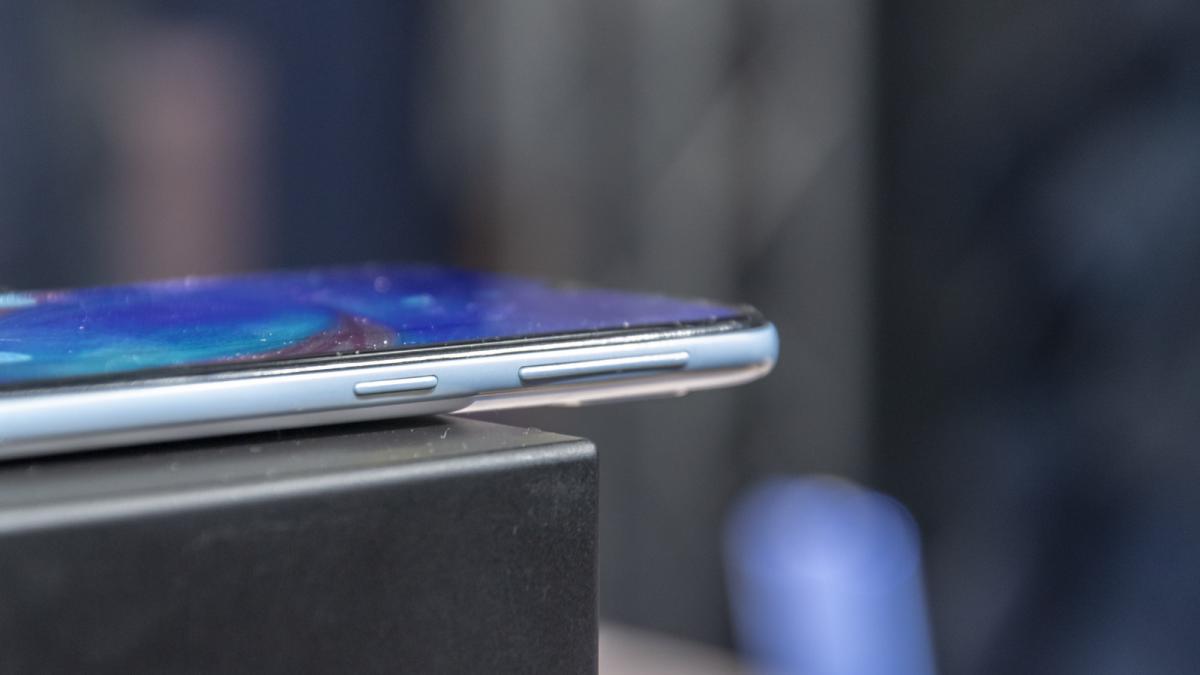 From here, you’ll also find the solitary speaker grille and 3.5mm audio jack. A power button and volume rocker sits on the right edge of the phone, with a dual-SIM slot on the opposite side. Finally, the Galaxy A40 runs the latest version of Google’s ever-popular mobile operating system, Android 9 Pie, straight out of the box and also comes in four different colour options: black, “coral”, blue and white.

It’s obviously too early to tell whether or not the Samsung Galaxy A40 is going to be worth your money, but at £220 it does seem to have everything you could ask for when it comes to cutthroat features. The bezel-free screen looks lovely and its design could easily pass for a phone that costs twice the price. 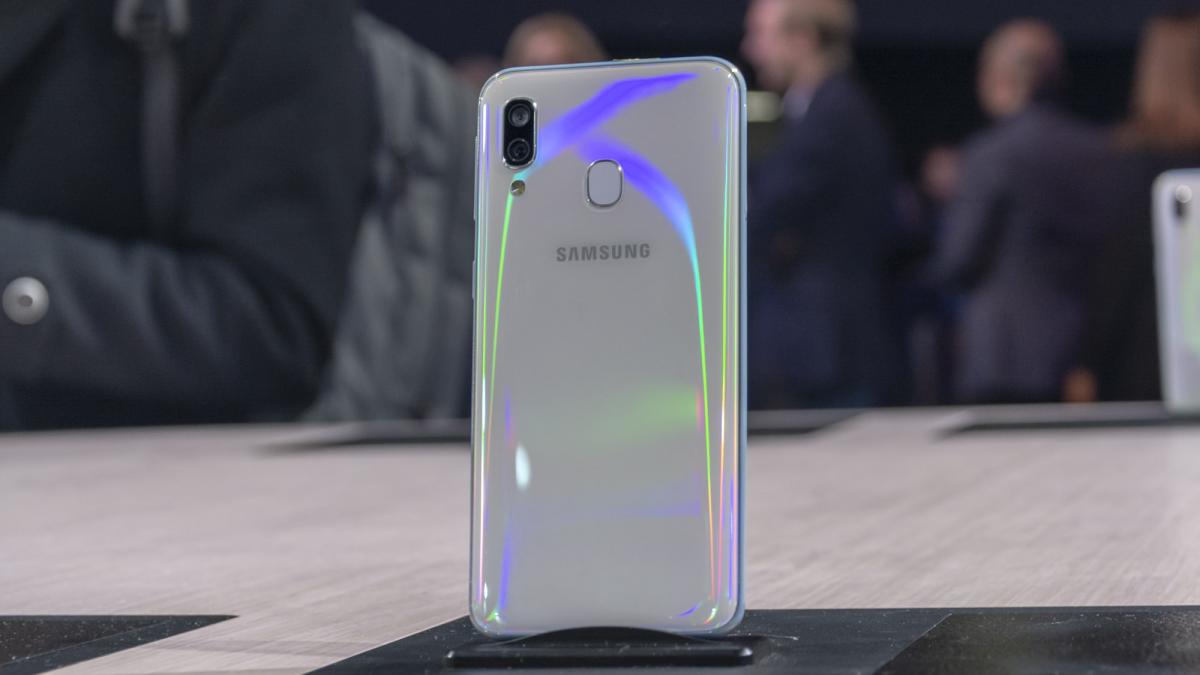 The Samsung Galaxy A40 is available to buy now for £220 from Samsung. Keep an eye out for our full review to find out how it stacks up against our favourite budget phones from 2019 so far.