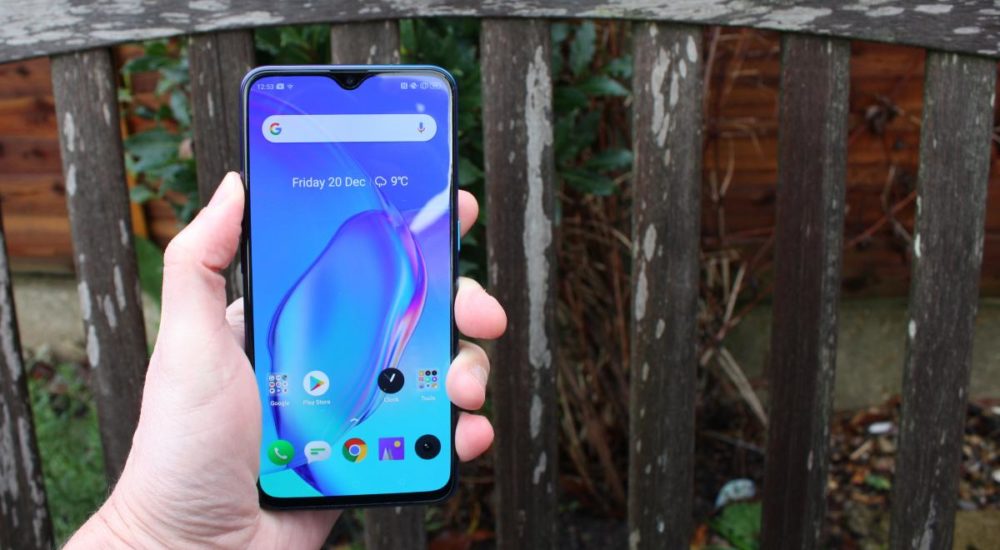 Realme X2 review: A brilliant phone at an affordable price

At around £100 more – converting to roughly £250 – the Realme X2 straddles the gap between mid-range and budget phones, but could easily sway potential purchasers away from either side with its considerable charms.

Realme X2 review: What you need to know

Reading through the list of generous specifications, you might wonder whether they’ve got the price wrong. With a total of four cameras – including a 64-megapixel main camera – a 6.4in AMOLED screen, an in-display fingerprint reader and a large 4,00mAh battery, there’s little to dislike. 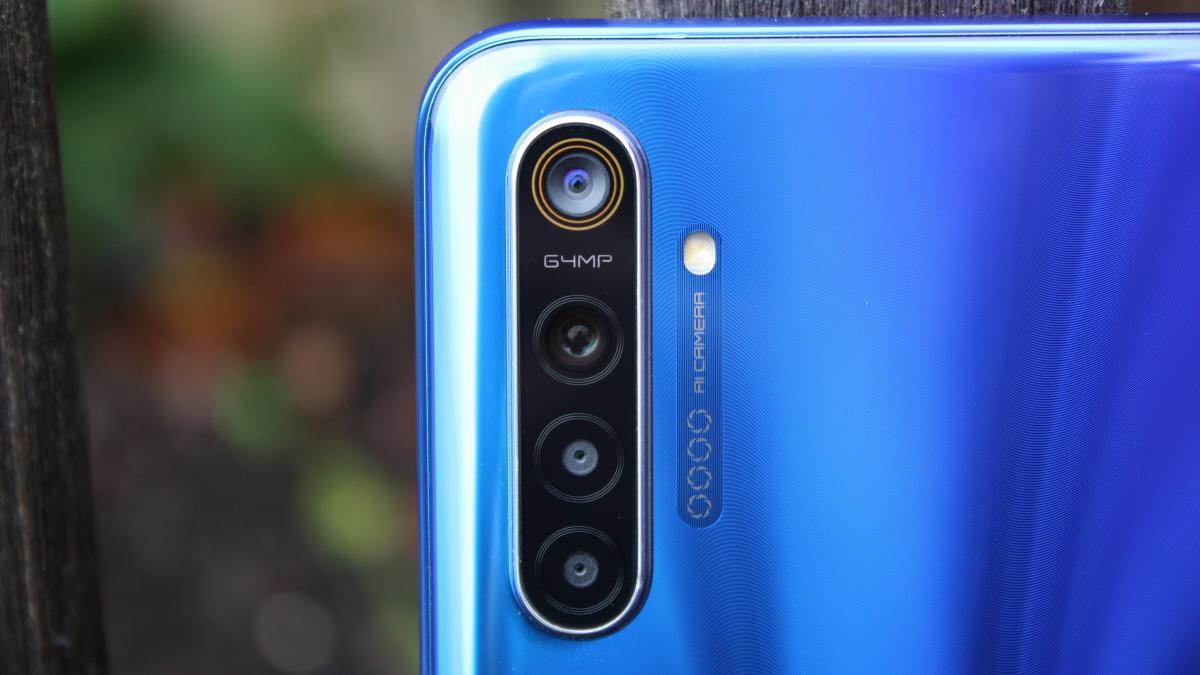 Even though the Qualcomm Snapdragon 730G processor may not be top of the range, Realme’s decision to surround it with niceties that are normally sacrificed on cheaper phones has absolutely caught my attention.

I’ve already mentioned the Realme X2’s £250 launch price, but let’s look at where that puts it in terms of competition. Its closest rival is the excellent Samsung Galaxy A50, which originally launched at £310 but you can find it on Amazon for around £240 at the time of writing.

The Huawei P30 Lite also used to cost more, but has since dropped to around £250 and Motorola has a slew of smartphones at this price too – the Moto One Vision is our current favourite. Finally, the more recent Honor 9X is another strong contender, particularly if you aren’t a fan of the Realme X2’s display notch.

The Realme X2 is a sleek-looking phone, with our Pearl Blue review model featuring an interesting shiny blue through purple gradient on the back. The four rear cameras are neatly arranged in a raised, elongated lozenge, which makes it slightly unstable when you place the phone on a desk. 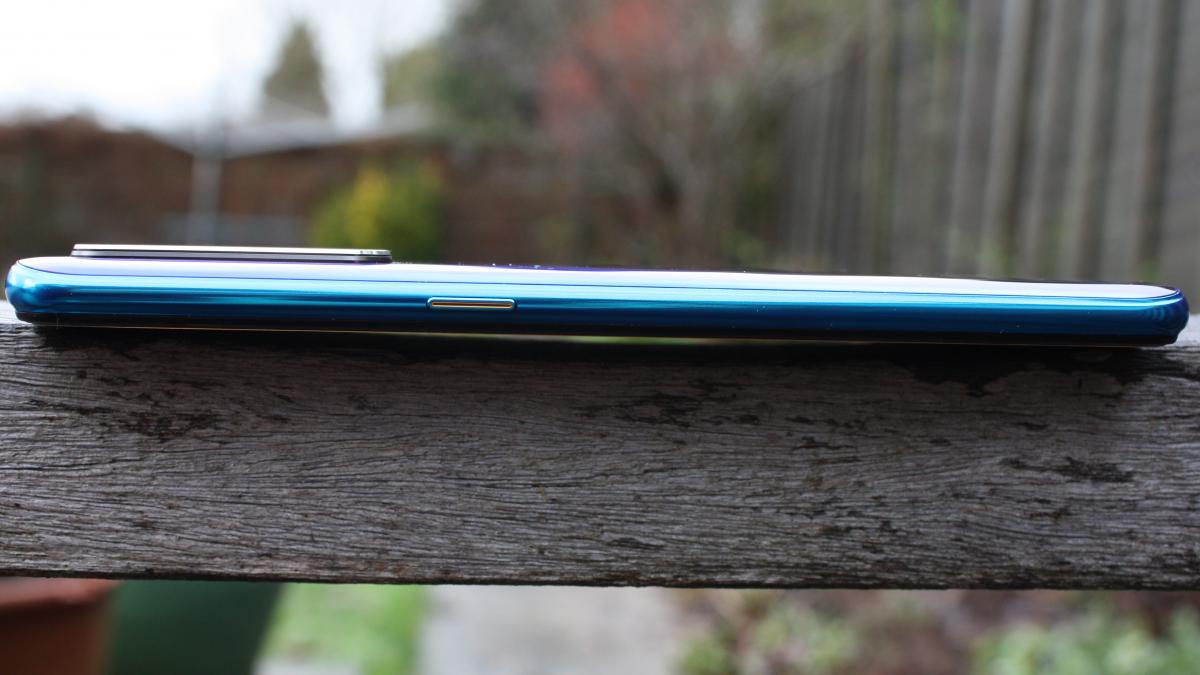 My only major issue is that the join between the screen and the Realme’s casing is slightly raised, which is unusual and gives the impression that Realme has shoe-horned a thicker screen into a narrower case. It gives a slightly lumpy feel to the edge of the phone, detracting from the otherwise smooth design.

The USB Type-C port for charging is sensibly placed on the bottom of the phone, as well as a 3.5mm headphone socket for those who like headphones on wires. There’s a small droplet-style notch in the top centre, but the screen otherwise covers 91.9% of the phone’s frontage. Tap the blank screen and a glowing fingerprint shows you where to place your finger, should you wish to wake it.

The 6.4in AMOLED display is the Realme X2’s highlight. I ran the usual selection of screen tests with our trusty colourimeter and, as expected from this type of screen, it absolutely excelled. 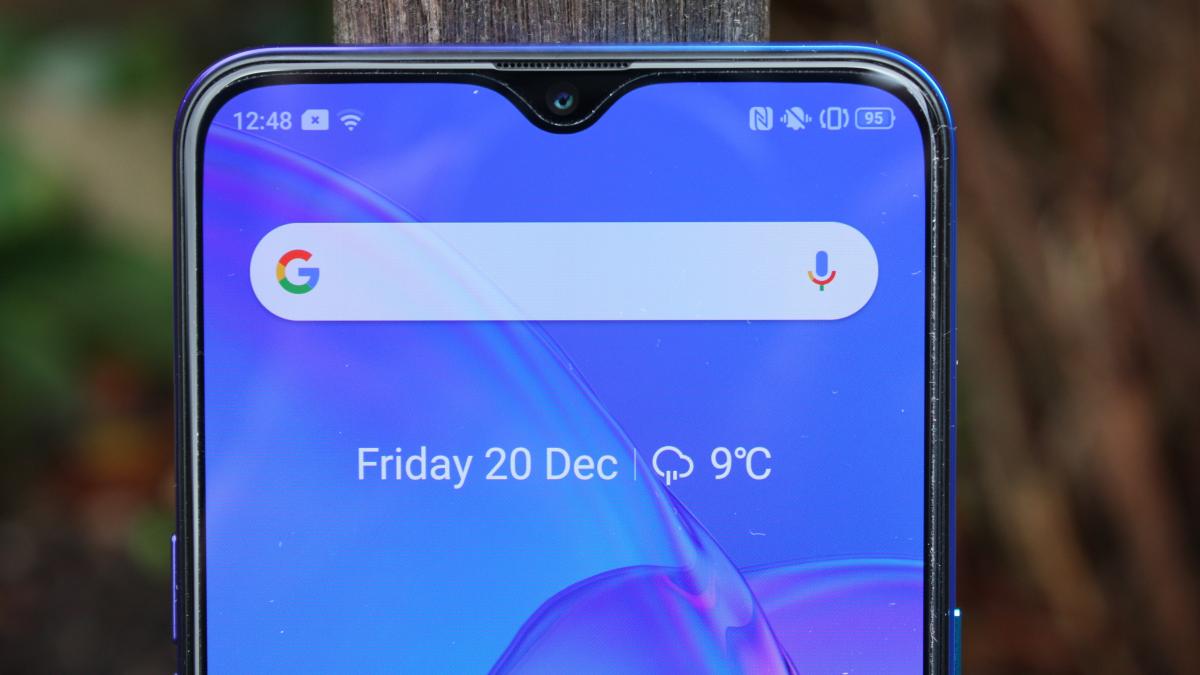 The Realme X2 managed to reproduce 100% of the sRGB colour gamut in its recommended ‘Vivid’ mode and maximum brightness reached 431cd/m2, which is quite bright for a phone this cheap. For context, of the competitors we mentioned earlier, only the Samsung Galaxy A50 rivals the Realme X2 when it comes to sRGB coverage, but peak brightness only reaches 350cd/m2. The Motorola One Vision is further behind (329cd/m2) and only manages to cover 90.6% of the sRGB colour gamut. The contrast ratio on the Realme X2’s AMOLED screen is equally perfect.

The Realme X2 is powered by an octa-core Qualcomm 730G processor, which runs at 2.2GHz. It’s not the fastest, not by a long shot, but you can’t really do much better at this price. It’s also backed up by a generous 8GB of RAM and 128GB of expandable storage.

In our Geekbench 4 results, you can see how these specifications play out. Its closest rival is the Samsung Galaxy A50 but the Realme X2 sneaks ahead in both single- and multi-core processing, while both phones leave their Motorola, Huawei and Honor rivals in the dust. 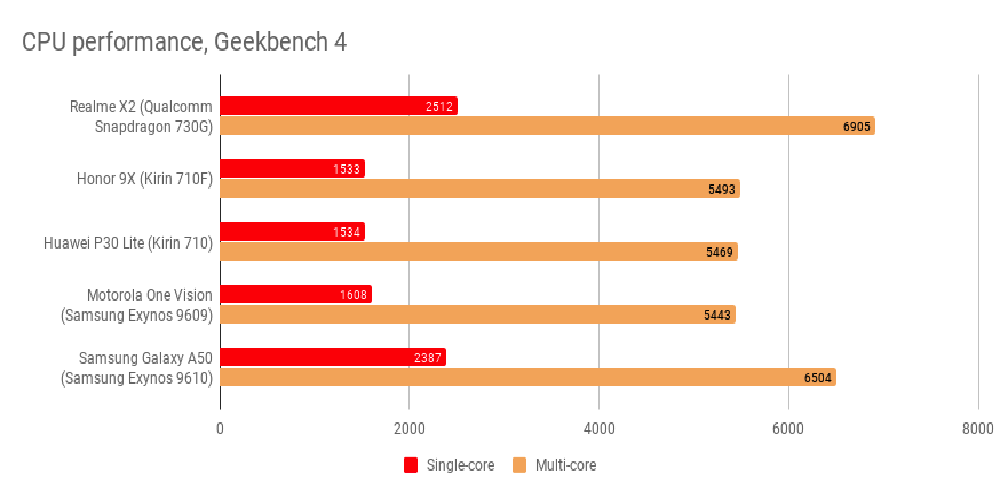 Naturally, the ‘G’ at the end of the Snapdragon 730G’s name stands for ‘gaming’ and Qualcomm claims this special model has an extra 15% of gaming power than a standard Snapdragon 730. This added graphical oomph seems to work wonders in the GFXBench test, with the Manhattan 3.0 onscreen test reaching an average of 36fps. This isn’t going to worry the flagship phones but, if games are a consideration at this price, you can see from the graph that the Realme X2 is in a league of its own. 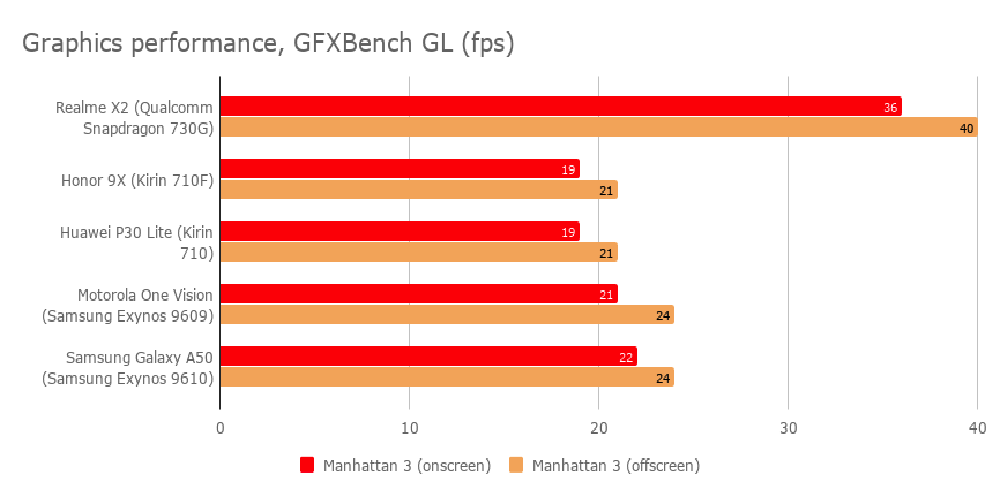 The phone’s 4,000mAh battery lasted for 21hrs 55mins in Expert Reviews’ standard battery rundown test, in which a video plays on a fully charged phone with a screen brightness of 170cd/m2, until the battery gives up. Again, this strode happily past its similarly-priced Motorola, Huawei and Honor rivals, and also crept ahead of the Samsung Galaxy A50.

The Realme X2 comes with Android 9 installed, albeit with Oppo’s ColorOS 6.1 overlay placed on top. This sidelines Google’s apps to a folder and pushes Realme’s own versions instead, which have a cleaner design but won’t look right if you’re used to regular Android. It also adds a Smart Assistant, which is hidden to the left of the main home screen and brought forward with a simple swipe to the right, looking uncannily like Apple’s iPhone widgets.

If you’re generally uncomfortable with the ColorOS changes, you can still access Google’s own apps so it’s no big deal, but your phone remains slightly different to other Android devices and the changes don’t seem to add much benefit as far as I can tell.

Outside, in bright light, the camera is capable of capturing a lot of detail, though in order to take advantage of the maximum 64-megapixel resolution, you have to make sure to enable it in the camera settings. If you don’t tinker with the settings, standard photos are taken at a more modest resolution of 4,608 x 3,456 pixels. 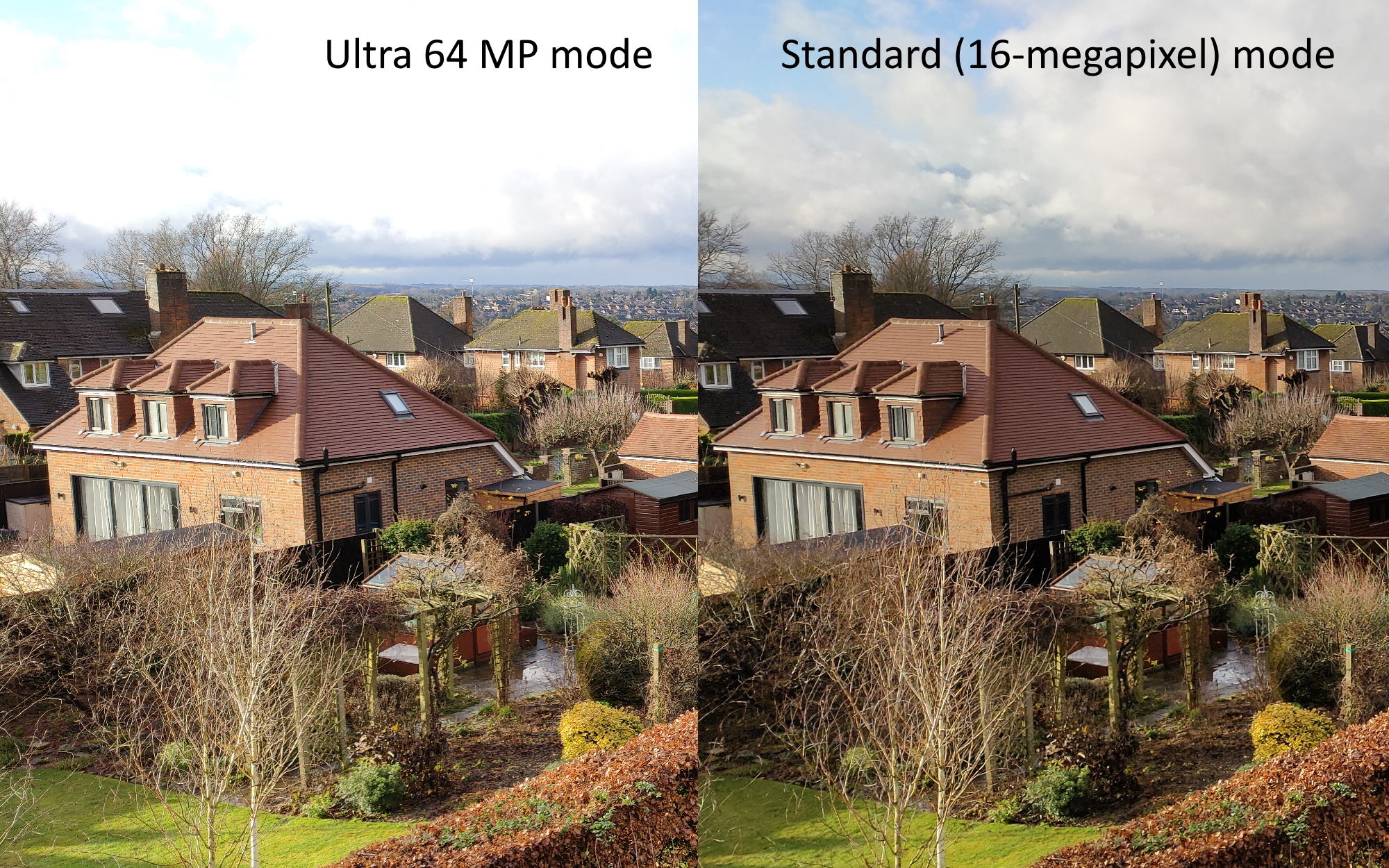 You can see the difference between the two in the comparison shots above. As you’d expect, the 64-megapixel image packs in more detail, but there are some major issues with the automatic exposure, with the sky in particular being very overexposed. The standard 16-megapixel mode handled things a bit better, but of course you lose those finer details. The selfie camera allows you to blur the background on the fly to get a faux bokeh effect.

Video can be shot up to 4K resolution at 30fps but can increase to 60fps at 1080p. The wide-angle lens can also be used to record video – you can switch between the two lenses while you’re recording – but it’s not so good in low light, which the main camera worked much better with. Image stabilisation is wobble-free, and when set to its maximum settings, even smoothed out motion when I was deliberately shaking the phone.

I’m as impressed with the Realme X2 as Nathan was with the Realme 3 Pro last year. While it doesn’t match the performance of a flagship phone, it’s happily taking on all comers in its own price bracket. I was particularly impressed with the quality of the screen, which is so good, in fact, that I would expect it to make an appearance on a vastly more expensive model. Its CPU performance doesn’t quite keep the same pace, but it’s especially adept at graphics processing when compared to its rivals.

The camera is also very good for how little it costs, but you do need to choose your settings carefully to get the most out of it in certain situations. I also have a few gripes with the design, particularly the screen that unusually stands slightly proud of the case.

Of course, the Realme X2 only costs £250, so while it’s far from perfect, it’s extraordinarily good value for money and is a superb choice as 2020 begins to find its footing.