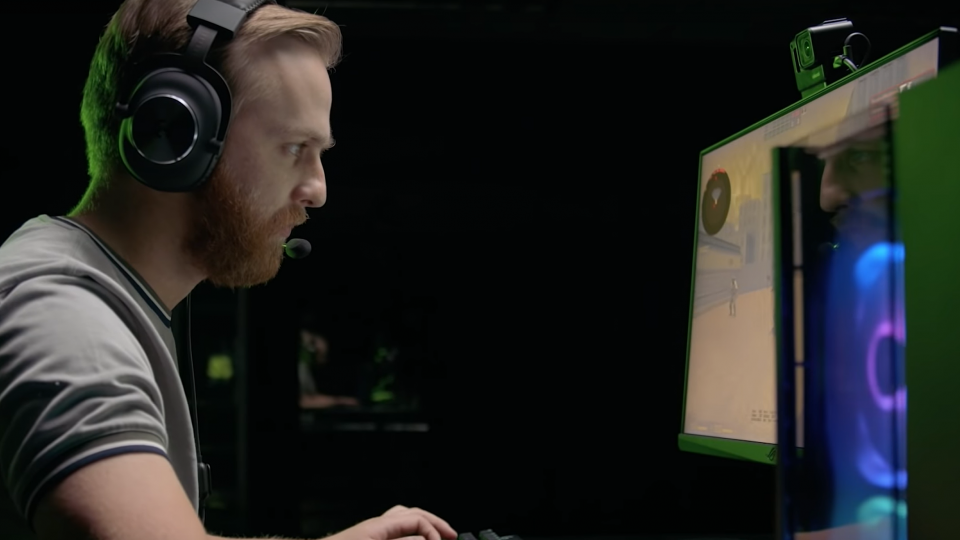 Nvidia’s new eSports 360Hz display is made for winning

Nvidia has announced a display that’s capable of delivering 360Hz refresh rates, specifically angled towards eSports players, where even small improvements in latency can make a big difference to a match.

The Asus ROG Swift 360 monitor, developed – as you might glean – in partnership with Asus, is being showcased this week at CES 2020. At the heart of it is Nvidia’s improved G-sync technology, which debuted in 2013 but has been iteratively built on since then and has now, according to the company, breached the 360Hz mark.

The monitor is designed to work in combination with Nvidia’s RTX GPUs, using what the company dubs a Variable Refresh Rate (VRR) to sync the display’s refresh rate with the GPU’s frame rate. That translates in the Asus ROG Swift 360 monitor to less than 3 milliseconds of input latency.

“While esports pros previously accepted frame tearing on their display in order to avoid waiting for the next frame to update, with G-SYNC’s 360Hz and Variable Refresh Rate technologies, frames refresh so fast–in less than 3ms–esports pros can get both tear-free frames and incredibly low latency,” writes Nvidia in a statement.

For an everyday gamer, a 360Hz refresh rate is likely to be an unnecessary specification, and will be even less useful for quotidian computing, unless you’re super keen on optimising your email-answering routine.

For professional eSports players, though, low latency can mean better reaction times, which could give a team a crucial advantage in a competition. Asus’ hardware means that rapid refresh rate is housed in a 24.5in, 1080p HD gaming monitor with an AU Optronics’s panel.

Information on pricing isn’t yet available, but the Asus ROG Swift 360 monitor is due to be released “later this year”. What the latency on this announcement and that release date is, we don’t yet know.

For more news on what’s coming out of CES 2020, be sure to head over to our dedicated page on the annual technology expo.