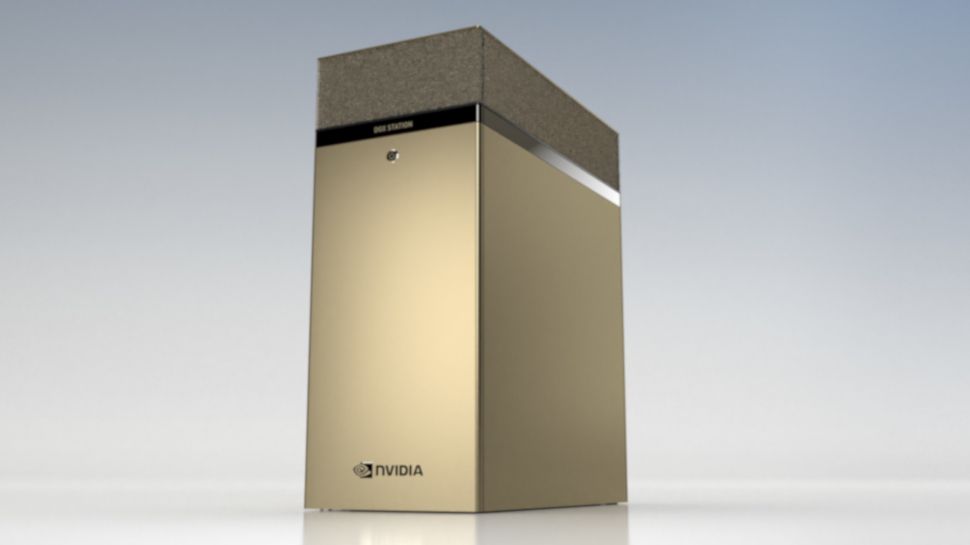 Nvidia launches its first workstation with AMD inside

Immediately after AMD announced the world’s fastest HPC GPU yesterday, Nvidia hit back with the DGX Station A100. The two giants of the GPU world have locked horns in a different battle as they try to outdo each other by unleashing GPU accelerators that help bring data center-esque computing to the workstation form factor.

Nvidia had launched the A100 GPU accelerator earlier this year to support compute-intensive applications such as AI and data analytics. AMD then announced the Instinct MI100, which it claimed is the first x86 server GPU to surpass the 10 teraflops performance barrier.

While AMD is still working with manufacturers to roll the Instinct MI100 in workstations, Nvidia has leapfrogged its bitter rival with the DGX Workstation A100 that, as you can figure out from its name, brings the A100 to a desk bound workstation.

Sure you can plug the DGX Station A100 in your power socket at home or office, but the workstation is meant for compute-intensive data crunching tasks. Several companies including BMW, Lockheed Martin, and Japan’s mobile operator NTT Docomo have already inducted the DGX Station, explained Nvidia in a press release.

It’s equipped with four of the A100 GPUs that you can have in two variants. There’s the original 40GB model and a new 80GB variant that’ll give you a whopping 320GB of GPU memory.

Inside the workstations, the A100 GPUs are coupled with 512GB of system memory, a 7.68TB U.2 NVMe SSD, and a single 64-core AMD EPYC 7742 CPU. This isn’t the first time Nvidia is using an AMD processor. In fact, it uses the same AMD 7742 processor in the DGX A100, which is the original data center version of the new workstation.

No pricing information is currently available for the DGX Station A100, but the race to bring data center performance minus the data center is now well underway. The ball is now in AMD’s court and it’ll be interesting to watch how it responds when the first AMD Instinct MI100-powered workstations hit the shelves next month.