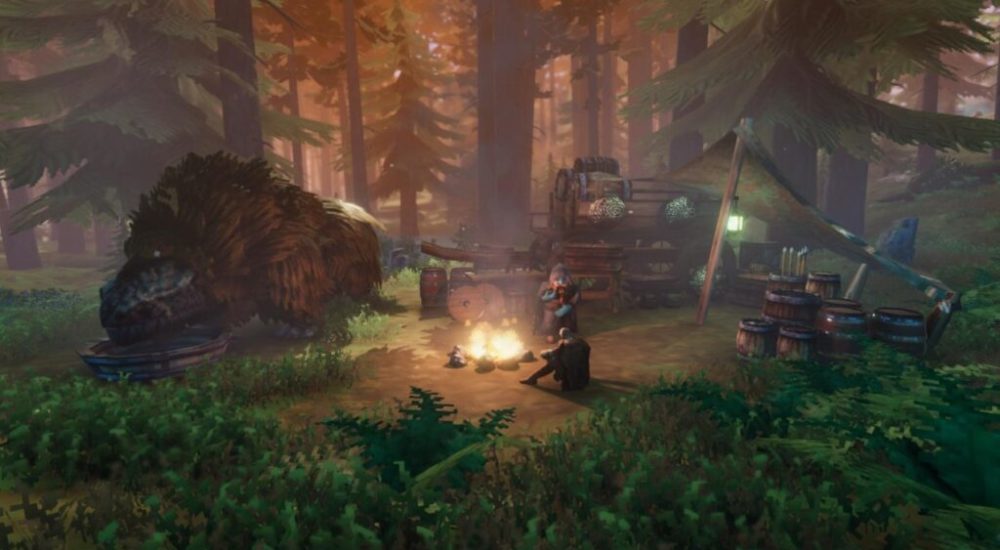 Nvidia GeForce Now is a year old – and officially on Apple’s M1 Macs, with loads of new games

Nvidia’s GeForce Now streaming service is celebrating a year of existence, bringing in a bunch of new titles for February – over 30 games, in fact, with 13 of them going live today.

As you may be aware, GFN Thursdays is when Nvidia introduces new games, and the 13 coming this Thursday include Valheim (pictured above).

It’s a co-op action RPG (for up to 10 players) with a survival theme featuring a procedurally generated environment – and it looks like good fun from the feedback on Steam thus far. Valheim is seemingly pretty brutal, too, with one review describing it as a “Minecraft version of Dark Souls with Fallout building/survival”.

There’s also Werewolf: The Apocalypse – Earthblood, a combat adventure game where you play a werewolf (unsurprisingly), plus there’s Apex Legends Season 8 (although that already went live, as you may have noticed).

Here’s the full list of games coming in February, with the initial titles that are here right now bolded up top:

As we already saw at the weekend, Google’s Chrome browser got official support for GeForce Now, although that’s already gone live. Furthermore, it was announced that the official GeForce Now macOS app is introducing support for M1-powered Macs, but that wasn’t live until now.

So those who were hunting for version 2.0.27 of the app can now go ahead and grab it, and start playing on their MacBook or Mac mini with an M1 chip.

As part of the celebration of a whole year of GeForce Now, Nvidia shared some interesting statistics with us.

In total, there have been over 175 million hours streamed on the service, and that includes 3 million hours of Cyberpunk 2077 in its full ray-traced goodness.

GeForce Now supports over 800 games currently, and obviously Nvidia hopes to expand that number going forward, with new titles debuting on GFN Thursdays, which is the “weekly celebration of the newest games, features and news”, as Nvidia puts it.