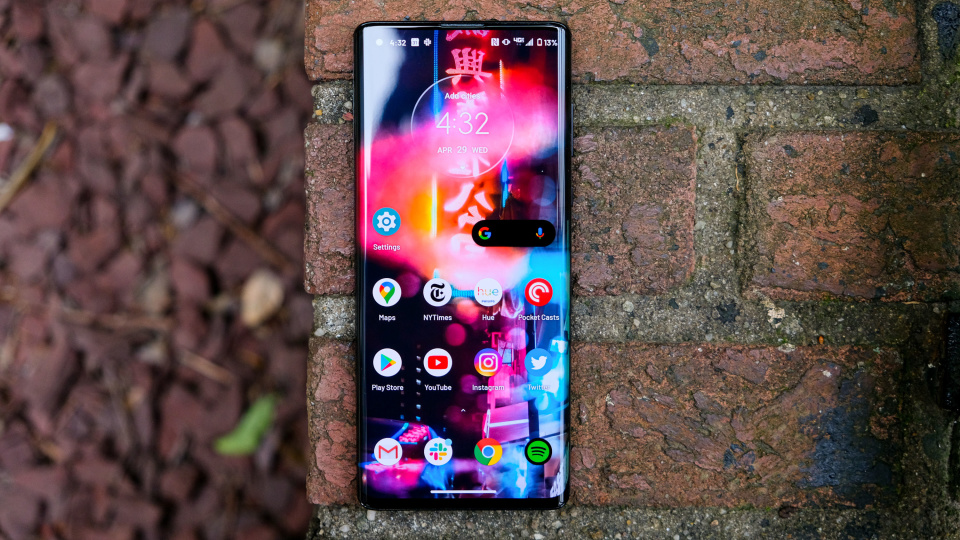 When we reviewed Motorola’s $1,000 Edge Plus, we found it a surprisingly competent smartphone that couldn’t quite outclass its premium competition. That review came with an asterisk, however. As a Verizon exclusive, the Edge Plus wasn’t really an option for a big chunk of smartphone shoppers, but a slightly toned-down model called the Motorola Edge would cater to everyone else sometime this summer. The company still hasn’t confirmed when the phone would launch, but it shared some important details this morning anyway: The 5G-capable, “universally unlocked” Edge will cost $700 whenever it does go on sale.

The Motorola Edge is one of those rare, upper-midrange phones that looks nearly identical to its flagship sibling — you’d be hard-pressed to tell that Moto shaved a millimeter here and there. Maybe most notable is the fact that both phones share the same 6.7-inch “Endless Edge” display, so-called because its edges stretch significantly down the sides of each device. (Its eye-catching design at 90Hz refresh rate wowed some reviewers, while others lamented its inconsistent palm rejection.)

Looks aside, there are some significant differences between this new Edge and the Plus model that launched earlier this year. Instead of a truly top-of-the-line chipset, Motorola used Qualcomm’s Snapdragon 765 in the Edge. It’s certainly no slouch, though: We’ve recently seen this potent processor used in LG’s Velvet, and has long been rumored to power Google’s new Pixel 5 smartphone. That choice of chipset also means the Edge loses the mmWave 5G support the Edge Plus had, which isn’t much of a surprise — those network deployments aren’t as common as sub-6 5G networks, which the cheaper Edge does support.

The standard Edge also uses a slightly tamer configuration of cameras than the Edge Plus. Its main, rear shooter is a 64MP affair with an f/1.8 aperture (compared to a 128MP sensor in the Edge Plus), and it’s flanked by a 16MP wide-angle camera, along with an 8MP telephoto camera with 2x optical zoom. Motorola also confirmed the US version of the Edge would ship with 6GB of RAM and 256GB of storage, a notable bump up from the 128GB of storage we’ve seen in some international variants.

We were fond of the Edge despite a clear lack of polish at times, and with luck, Motorola has ironed out some of its issues since then. Still, when you consider just how many high-profile phones will use the same chipset, we can’t help but wonder if the Edge will face the same issues standing out as its pricey counterpart did.