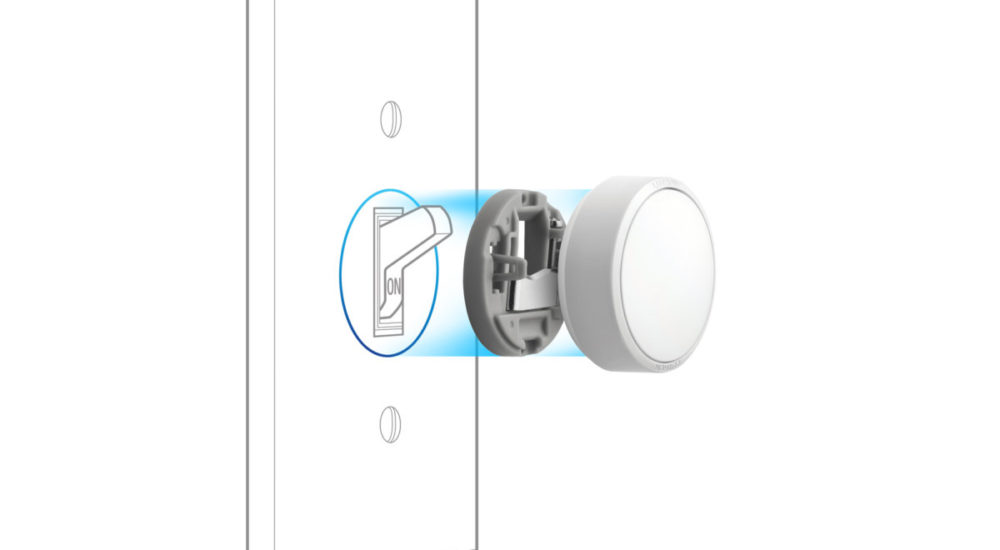 The problem with smart bulbs like the Philips Hue series has always been—and will always be—dumb switches. The instant you turn the switch controlling a smart bulb to the off position, there is no way you’ll ever be able to control that bulb with an app, a digital assistant, or anything else until you flip the switch back on.

The Lutron Aurora fixes that issue in an ingenious way—but with some significant caveats. First, it’s compatible only with Philips Hue smart bulbs. So, if you’re lighting your rooms with LIFX, TP-Link, C by GE, or any other brand of smart bulb, the Aurora will do nothing for you. Second, if the switch on the wall that’s controlling your Philips Hue bulbs is anything other than an old-school toggle switch, the Aurora will do nothing for you (unless you’re willing to replace the switch and perhaps tolerate an ugly installation—see below).

The Aurora consists of two components that should take you less than five minutes to install. The first bit is a mounting base that you place over your toggle switch (with the switch in the on position) and then tighten down with a small Phillips screwdriver. Once this mechanical clamp is in place, it becomes physically impossible to turn the switch off. The second element is a rotary knob that snaps on to the base. The rotary knob contains a CR2032 battery (which Lutron says should last two to three years) and a Zigbee radio that talks to your Philips Hue bulbs via the Hue Bridge (or directly to Hue bulbs if you don’t have a Bridge). Once you’ve paired the Aurora with your Hue bulbs, pressing the rotary knob will turn the paired Hue lights on and off, and rotating it will dim or brighten the bulbs. 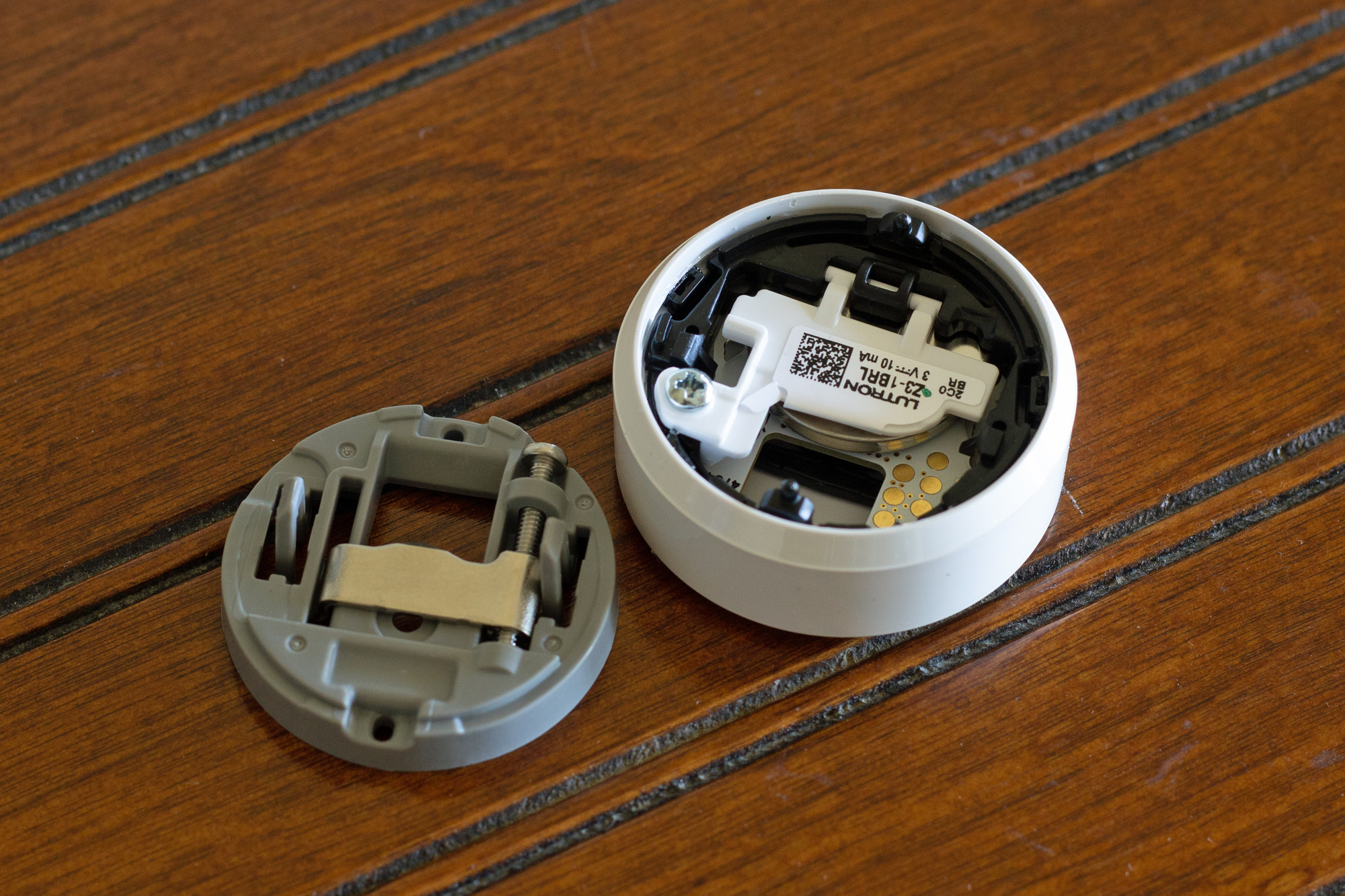 You’ll configure the Aurora using the Friends of Hue switches menu in the Philips Hue app, where you can assign the switch to a room (provided you created rooms and assigned lights to them elsewhere in the app). You can also choose any Hue lighting scene and assign that to the Aurora, so that the Hue bulbs default to that scene when you press the switch. If you change the lighting scene by another means—using an Amazon Alexa or Google Assistant voice command, for instance—the bulbs will retain that scene value after you turn the bulbs off and turn them on again using the Aurora.

If you want to change anything other than brightness (change colors or color temperatures, for example), you’ll need to either use the Hue app or issue a voice command to a compatible smart speaker.

Lutron says a single Aurora can control up to 50 Philips Hue smart bulbs connected to a Philips Hue Bridge, or up to Hue 12 bulbs directly if you don’t have a Bridge. It’s not even necessary for those bulbs to be on the same electrical circuit as the switch you’re installing it on, provided power is available to all those bulbs (i.e., any switches controlling them must be in the on position). For bulbs on multi-way circuits (e.g., a three-way circuit where switches at opposite sides of the room both control power to the bulbs), you can either install an Aurora at each location, or use some other means to ensure power to the socket(s) hosting the bulbs is not interrupted. 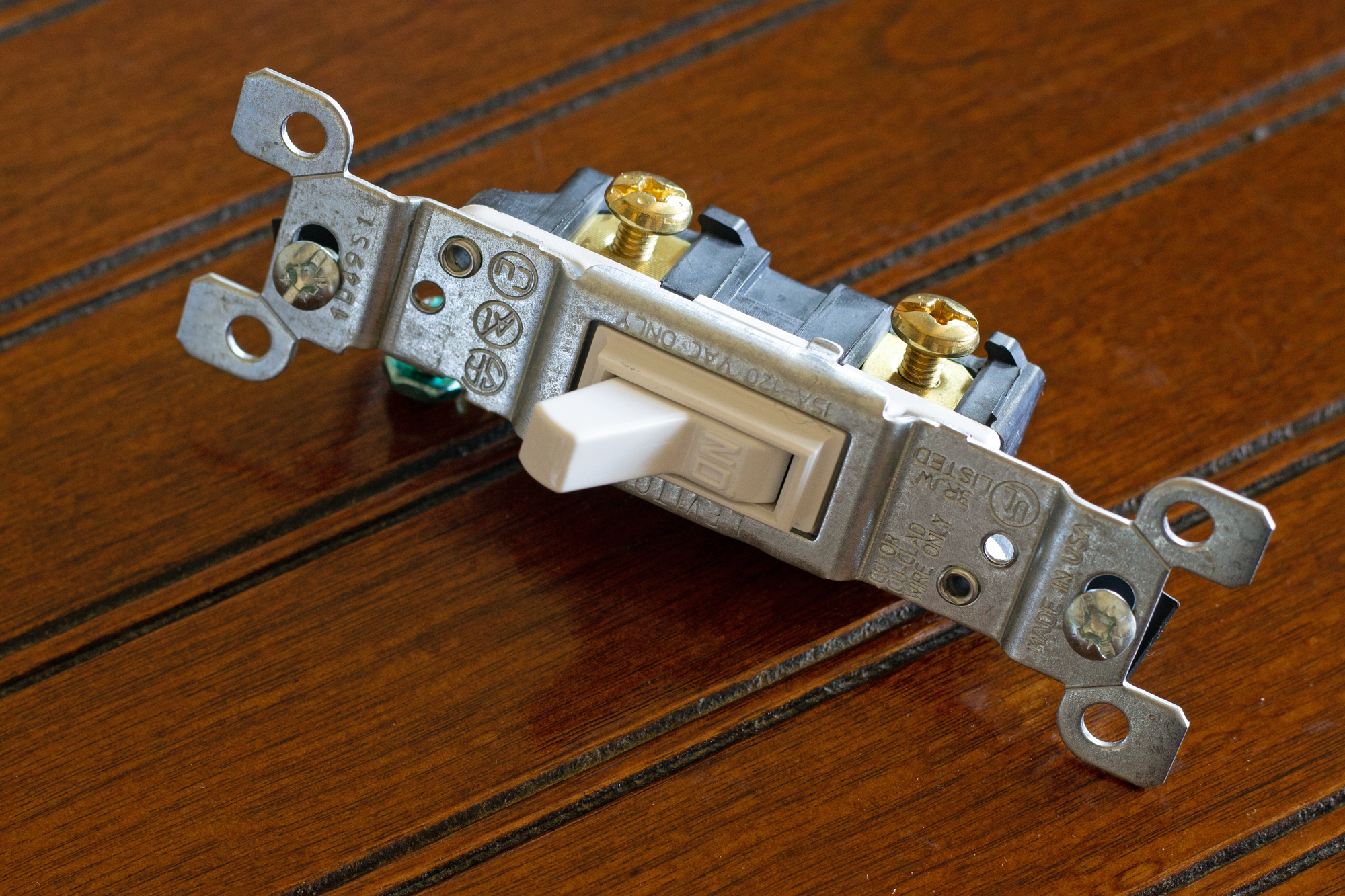 The Aurora is not compatible with other Lutron lighting controls, including the Lutron Caséta product line, but that hardly matters. When you’re not using the physical controls on the Aurora itself, you’ll most likely control the Hue bulbs with voice commands or the Philips Hue app anyway.

The Aurora is super-easy to install, and it even has a color LED that will help you troubleshoot if you run into any issues. Since all the switches in my home are of the rocker variety, Lutron helpfully sent a toggle switch along with the Aurora, so I could replace the one controlling the Philips Hue bulbs I wanted to test it with (these were in three ceiling cans in my home theater). 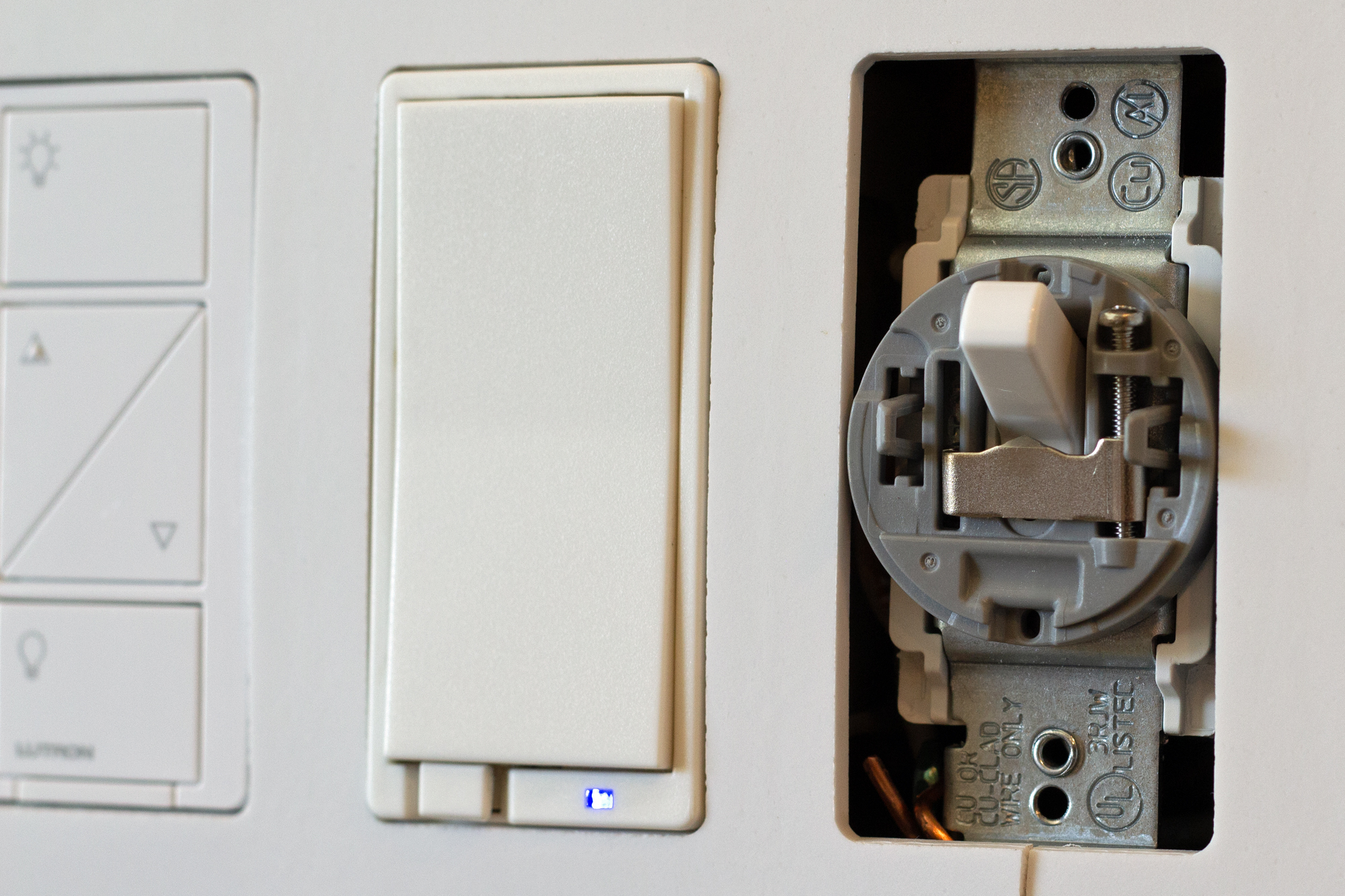 That’s a good workaround if the switch in question exists in isolation, or if the other switches in the same junction box are also toggle switches. Of the 24 switch locations in my home, only two are single-gang boxes and none are toggle style. The switch controlling the Hue lights in my home theater, for example, is in a box with three other lighting controls, and you can’t mix toggle switches with rocker switches and expect to find a cover-plate that will accommodate such an unconventional arrangement.

It’s also worth noting that the Aurora is available only in white. That’s the most common color in modern homes, but if yours has the ivory-colored switches that were so popular in the 1960s and 70s, the Aurora will stick out like a sore thumb. And finally, there’s the price: $39.95 isn’t cheap, but it is reasonable for the value that’s delivered.

One alternative you might consider: Remove the existing switch and rewire the circuit so that it’s always hot. That way, you could just use the Philips Hue app or voice commands to control the bulbs on that circuit. If you wanted something on the wall, you could install a battery-powered Philips Hue Smart Dimmer (that solution would, however, require the presence of a Hue Bridge on your network). 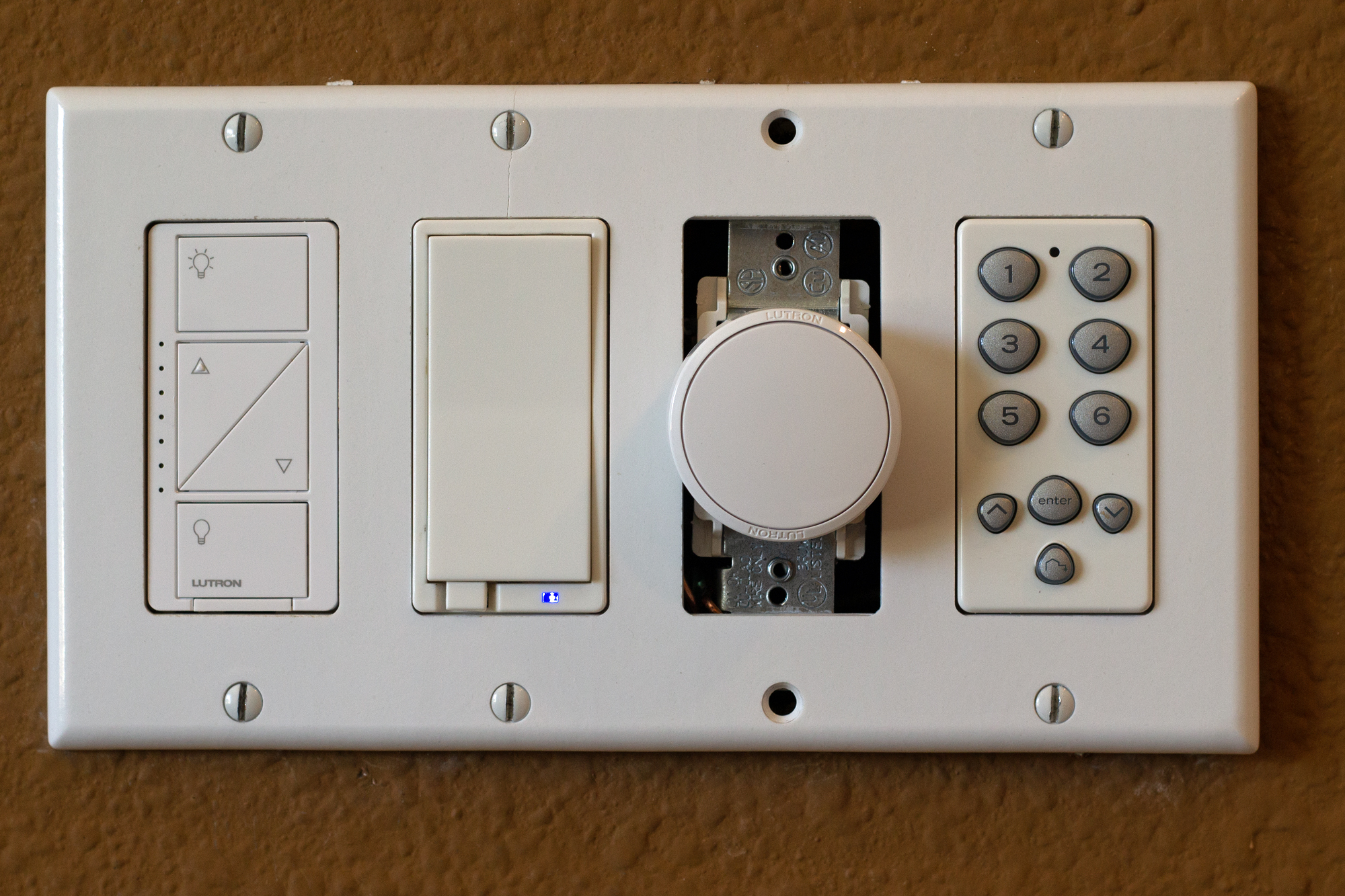 Should you buy a Lutron Aurora?

My thumbs-up recommendation has more caveats than I typically like to make, but here goes: If you have one or more Philips Hue bulbs controlled by a white toggle-style switch, and the Lutron Aurora’s $40 price tag doesn’t bother you, then it’s a no-brainer: Buy one. It’s an ingenious solution to a common problem—ensuring that your smart bulbs have continuous access to electrical power. That recommendation stands even if you need to swap out a rocker-style switch for a toggle device—you should be able to pick up one of those for much less than $5—provided you don’t mind dealing with a little electrical wiring and the switch you’re replacing is in a single-gang box or a multi-gang box with other toggle switches.

Things get more complicated from there. If your Hue bulbs are on a multi-way circuit, you might need to buy more than one Aurora. The Aurora is only available in white, which could be an aesthetic problem of the rest of the switches and outlets in the room are not. And you’ll really run into a problem if the switch you’re replacing is in a multi-gang box, and the rest of the devices in that box are rocker or Decora-style devices. You’ll need to either replace all of those other devices (if you can) or tolerate an ugly (and possibly dangerous) installation, since the Aurora will be partially exposed to the point where a curious child (or stupid adult) could stick their finger through the cover and potentially get shocked.