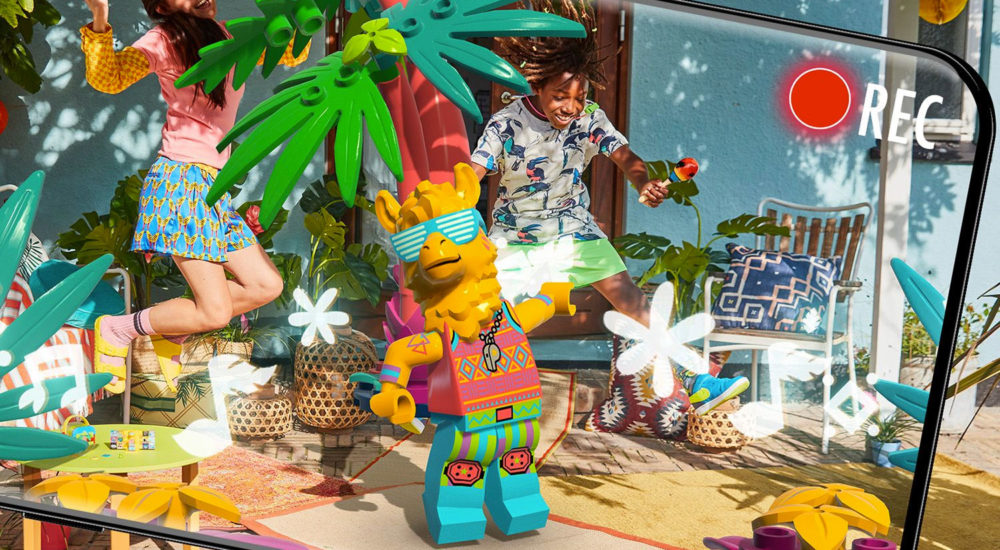 Lego and Universal Music Group (UMG) are teaming up for Vidiyo, a new set to empower kids aged seven and ten to make their own music videos. It’s a bunch of figures and blocks that, when scanned into the app, will make those characters burst into song and dance through the power of AR. Naturally, would-be directors can choose where, and how, to set their scene, and can even dance alongside the minifigures.

The music comes courtesy of UMG’s roster of pop artists, with 60-second samples backing clips that the kids can make and edit themselves. All they have to do is scan in their favorite figure and direct the AR double from within the app, and participate themselves. In addition, the scenes can be enhanced with BeatBits, square tiles which, when scanned, trigger special effects like bursts of confetti.

Clips can be trimmed down to between five and 20 seconds and uploaded into the Vidiyo app’s social feed for everyone to see. Lego has said that the clips will be moderated before publication, and anything that features a child’s face, identifying information or anything untoward will be blocked. The first Vidiyo sets will be landing in countries all over the world on March 1st, with more details to come between then and now.