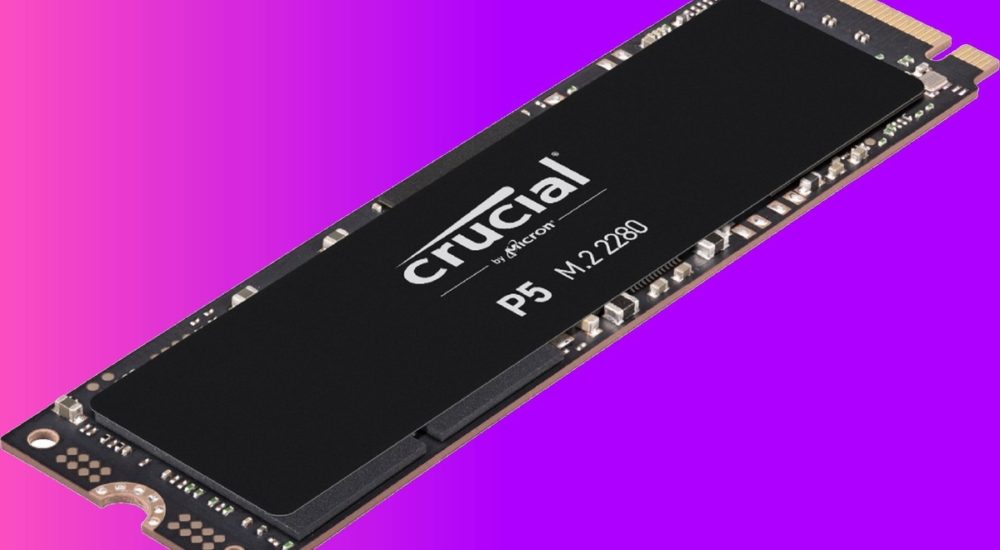 Having reviewed both Crucial’s P1 and P2 bargin NVMe SSD’s, I expected more of the same middling performance from the new P5. I was wrong: The P5 was strictly upper-crust with normal workloads, and actually took home first prize in one test. It’s not the drive you want for extremely long writes, but otherwise—it hauls the freight.

The P5 is available in four capacities: 250GB ($63 on Amazon), 500GB ($87 on Amazon), the 1TB we tested ($180 on Amazon), and 2TB ($400 on Amazon). Those prices are pretty much on track for a mid-range NVMe SSD. Note that the 250GB version is rated for half the write speed of the larger versions. This is common across the industry in that capacity. A single NAND chip, instead of the two or more with larger capacities, doesn’t have as many data lines.

The P5 utilizes a Micron-designed controller and 96-layer TLC (Triple-Level Cell/3-bit) NAND, various amounts of which are allocated dynamically as secondary SLC cache. This augments the primary DRAM cache (1GB per 1TB of NAND). SLC cache is simply writing the cell as an off/on binary voltage, rather than the more refined and error-prone voltage required to represent a 2-bit (MLC), 3-bit (TLC), or 4-bit (QLC) value.

The P5 carries a five-year warranty and is rated for 600 TBW (TeraBytes Written) per 1TB of capacity. That’s meager by current standards, but still more data than the average user is likely to write in a decade.

To be clear, my surprise over the P5’s excellent performance is not due to a lack of faith in Micron’s ability to produce a great drive—merely that they’ve sent me only bargain types recently. The numbers garnered by the 1TB P5 I tested were extremely impressive, even during relatively large write tasks.

CrystalDiskMark 6 rated the P5 as the fastest NVMe/PCIe 3.0 (by a whisker over the Seagate FireCuda 520) reader we’ve ever tested. The result (gold bars below) is well within the margin of error, but hey… a win is a win. 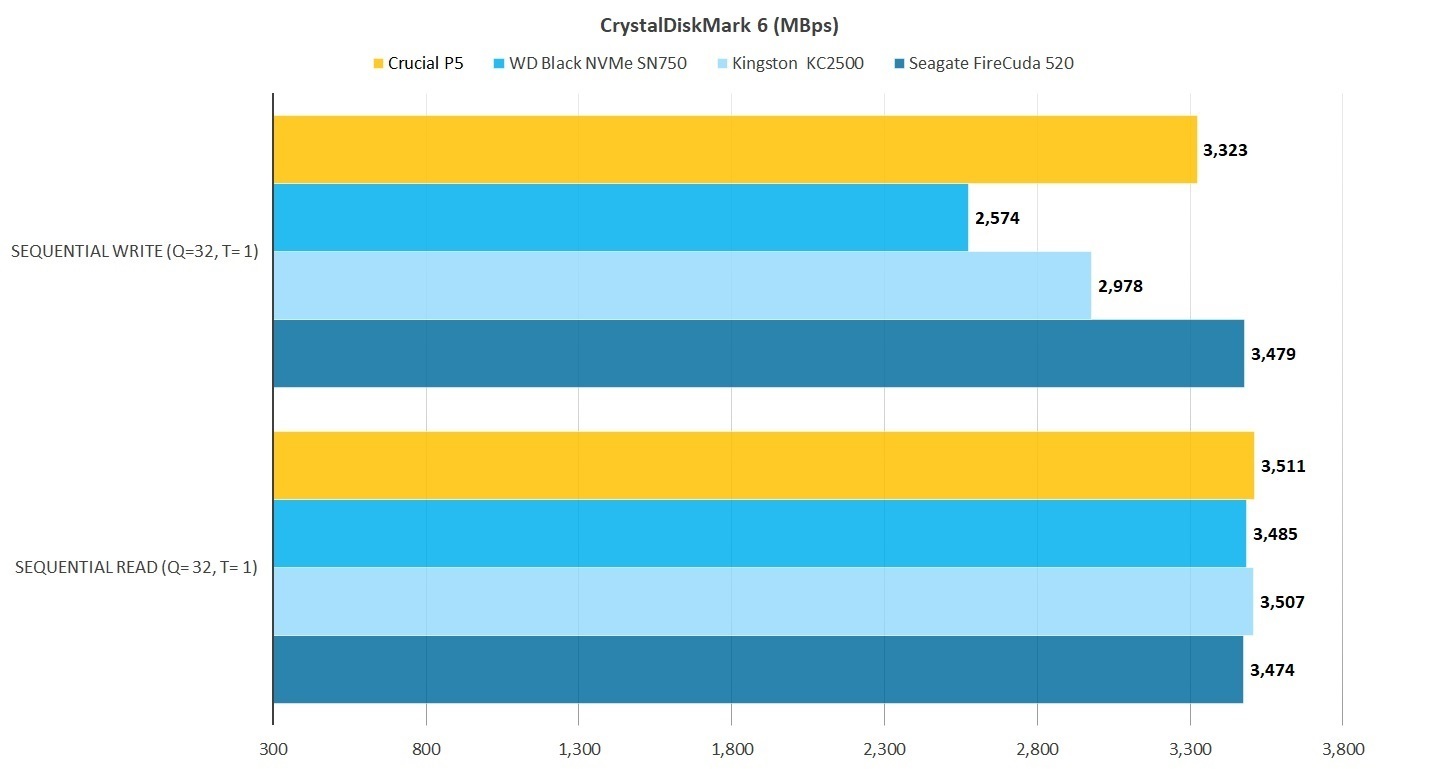 The P5 was impressive in the 48GB read/write tests too, though again, the contest was very tight. 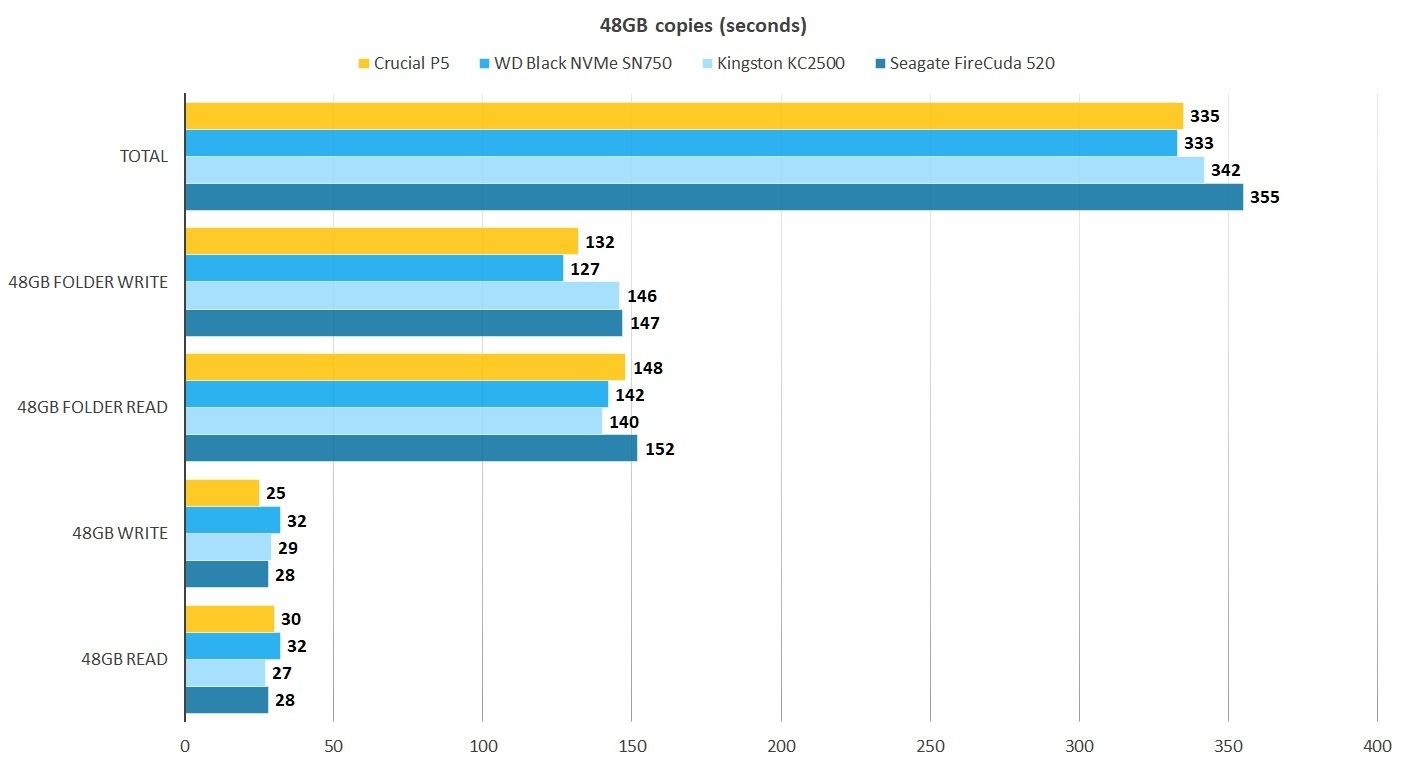 Where reality struck home was in the 450GB write test. Obviously the P5 ran out of SLC cache, though it was so far into the process (about 300GB) that we can think of few real-world scenarios where you’d actually see the slowdown. It’s not alone in this behavior, as you can see. Of the mid-range 1TB drives we’ve tested, only the Kingston KC2500 shown here doesn’t slow down. Note that as an SSD fills up, there’s less NAND available for cache, so long writes will slow down. We test with the drive empty, so this is best-case performance. 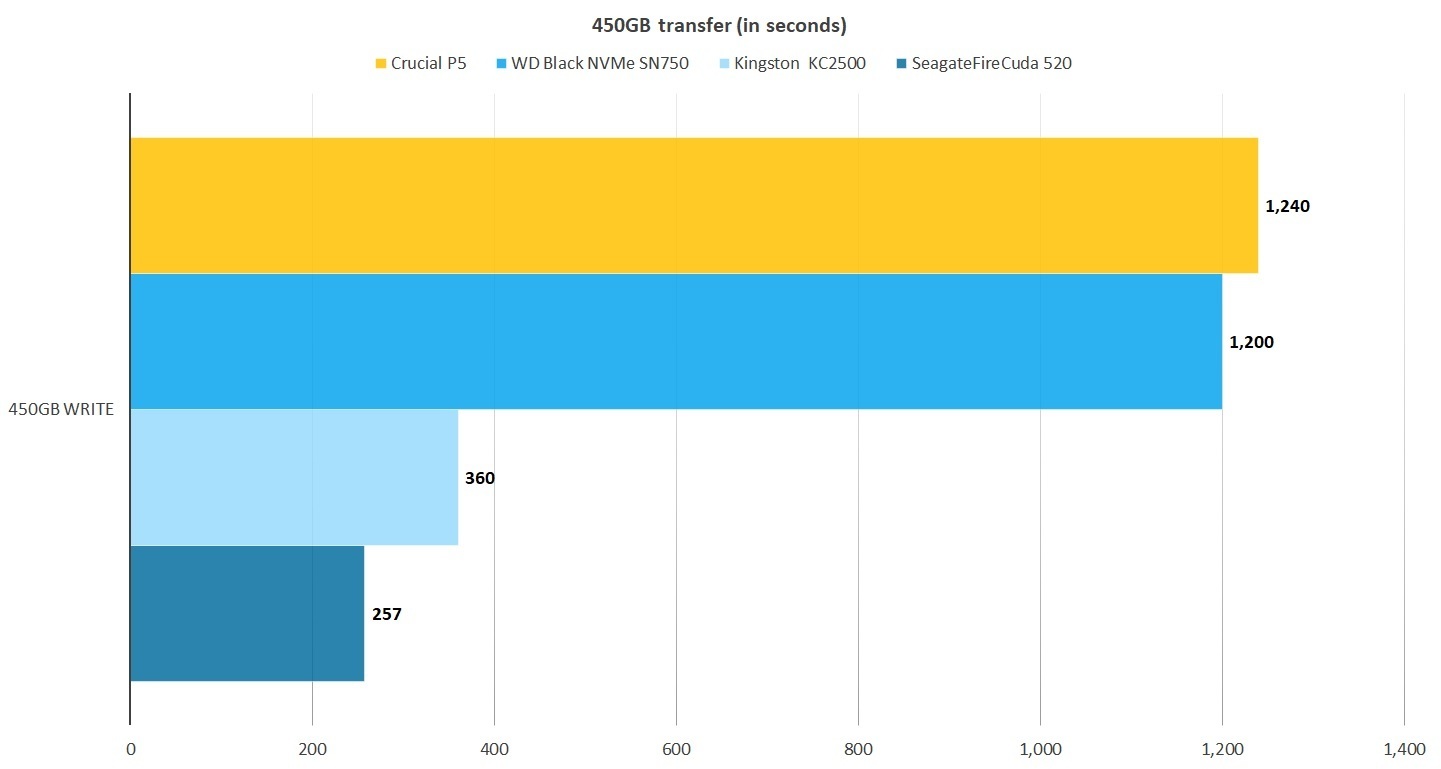 Regardless of when a slowdown happens, it does happen with most mid-range drives– so there’s still a reason to go for a pro-level drive. Unless of course you consider Kingston’s mid-range KC2500: Its synthetic benchmark tests aren’t as impressive as those of other drives, but it rocks in long transfers.

The P5 is an excellent mid-range SSD that can run with the big drives in everyday performance, and even in all but the most demanding long transfers. It’s a short-lister for sure. Nice job, Crucial.

99.99 percent of the time the P5 will perform competitively with NVMe SSDs costing far more. An excellent mid-priced product from Crucial.