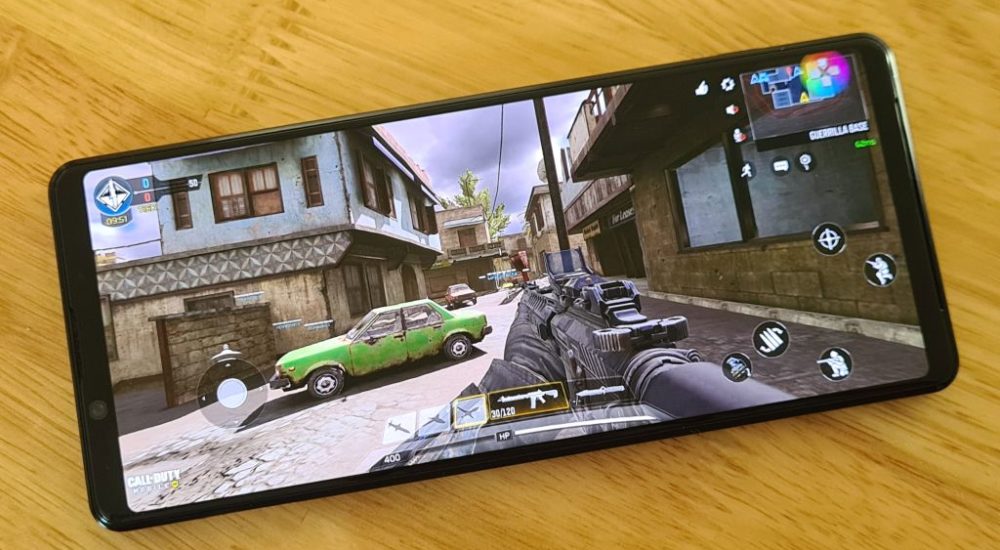 Call of Duty: Mobile finally proved to me why you’d want the Sony Xperia 1 II’s screen

A 21:9 aspect ratio is something we’ve seen on a variety of smartphones over the past two years. It makes your phone longer (and therefore more difficult to use day-to-day) but allows you to have a wider display for when you’re settling down to watch a widescreen video or play a game.

Time and time again I’ve heard from manufacturers that a widescreen display makes for a far better experience. I agree that it does when you’re specifically watching video or a myriad of other activities in landscape, but the switch to 21:9 makes it a more difficult phone to use when messaging and whatnot.

And to be honest, that’s mostly when I’m using my phone. So that’s a difficult trade to make, especially when the amount of 21:9 smartphone content out there is still sparse. But then in walks Call of Duty: Mobile… and I’m reconsidering all of that.

The game has hammered home to me why people would want a wider display like this, and while it didn’t give me an entire epiphany it did further prove to me that this is a good choice for some.

Sony’s Xperia 1 and Xperia 1 II both feature a 21:9 aspect ratio display, and we’ve seen a variety of other manufacturers follow suit and include a similar (if not always exactly 21:9) widescreen display on other devices.

The first widescreen phone didn’t come from Sony, though. In fact, it was the LG Chocolate BL40 back in 2009. That phone featured a 4-inch 345 x 800 display – a modest size for the inaugural phone screen with this elongated aspect ratio.

And that’s the problem here – a 4-inch display is easy to use even if it’s in a 21:9 aspect ratio. The human hand is able to reach everything it needs to. Both Sony’s phones are 6.5-inches, and I can confirm a lot of people struggle to use these phones one-handed.

A size of 6.5-inches matches a variety of top-end phones right now, I hear you cry. Yes, it does – but those aren’t 21:9. It’s impossible for me to use this phone properly one-handed and still be confident that I’m not going to drop it. That’s a similar situation for a lot of others that I’ve handed the phone to.

Then in walks CoD

But Call of Duty: Mobile, and a couple of hours of my spare time through the pandemic, has made me realize why that doesn’t entirely matter.

Booting up the game for the first time on the Xperia 1 II didn’t show any clear differences, and then eventually I started to recognize that the game was filling a lot more of the display. Then the game started properly (after all those tutorials) and, it looked great. More importantly, it felt great.

The on-screen controls were far easier to use because of the extra space afforded to the game with the 21:9 aspect ratio. Plus, I had a wider field of view, that I genuinely felt gave me an advantage over the competition who were likely using other Android devices.

But the highlight is the fact my fingers weren’t always over the top of the gameplay. Having a 21:9 aspect ratio does work for some people – but it’s a decision you have to make knowing that you may struggle to use the phone one-handed.

If you’re fine with that, then you’ll love the extra benefits it gives you. If you’re especially obsessed with Call of Duty: Mobile (which I might soon be as well) then you will want to consider the Xperia 1 II for your next phone.