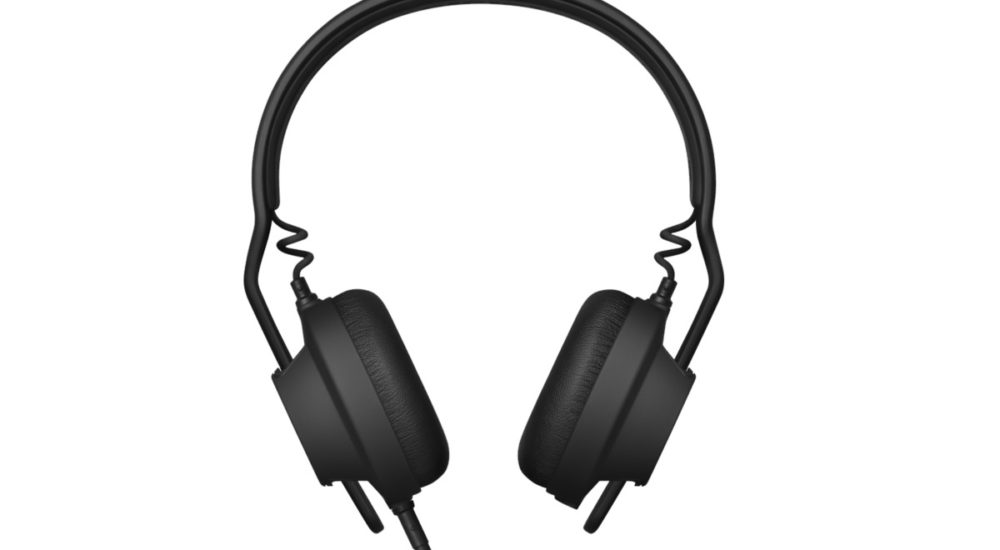 Imagine how cool it would be to custom-build your headphone by selecting the drivers, headband, ear pads, and cable that best suit your sonic preferences and budget. You can—to an extent—with AIAIAI’s new TMA-2 headphone. And you can swap out or upgrade those components down the road. But modular designs have quirks as well as benefits.

Build your own headphone

AIAIAI offers two ways to buy your headphones: You can purchase a pre-selected bundle, or you choose exactly which modular parts you want using AIAIAI’s online TMA-2 configurator.

And the TMA-2 headphone configurator is cool. It lets you visually assemble your headphone with your choice of speaker units, ear pads, headband, and cable. Photos of the different modular parts and easy-to-understand descriptions make the process a breeze—even for the novice headphone consumer. You’ll see a real-time pricing updates as you make your selections. You can also buy the components on Amazon.

This review is part of TechHive’s coverage of the best headphones, where you’ll find reviews of competing products, plus a buyer’s guide to the features you should consider when shopping.

Once you’ve chosen your modular package, you can review your finished headphone on a summary page with a non-technical explanation of the headphone’s sound and features. Scrolling down, you’ll find detailed specs, including a frequency response curve of the drivers you’ve selected.

My TMA-2 headphone bundle came with the following parts: The H05 headband with Bluetooth and aptX HD; the C15 3.5mm cable; the S05 drivers that sport a bio-cellulose diaphragm; and E08 over-the-ear memory foam ear pads wrapped in Alcantara. Alcantara is a durable, synthetic microfiber with a suede-like feel. This bundle retails for $350. 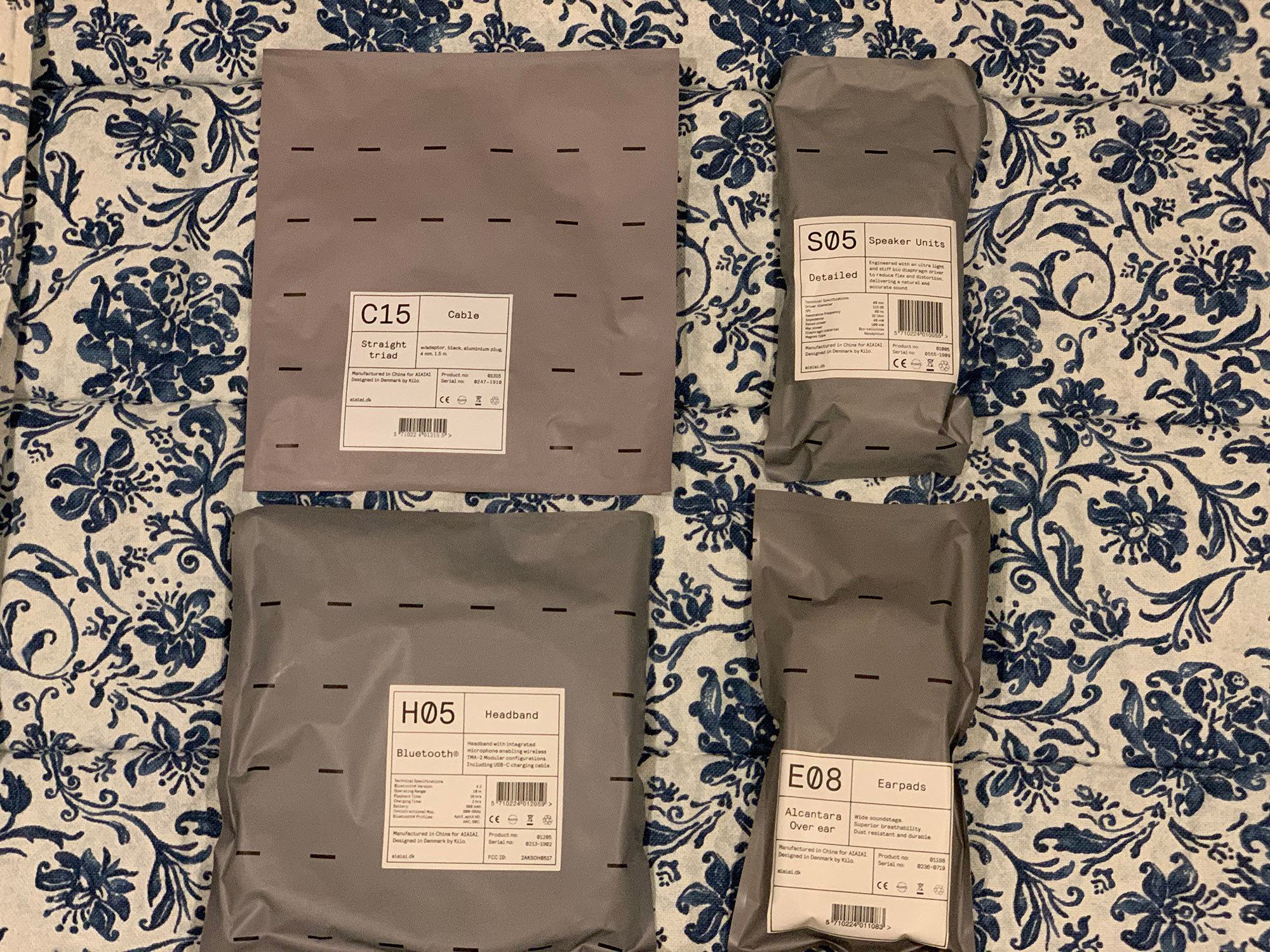 When my TMA-2 headphone arrived, I was surprised to find that there was no assembled headphone in the box. What I found was a series of clearly labeled gray pouches. Each pouch contained the parts of my review sample, requiring me to build the headphone.

Fortunately, assembly was a straight-forward, tool-less endeavor. That’s good, because the tiny, fold-out user manuals accompanying each component look as though they were quickly thrown together using Microsoft Word. 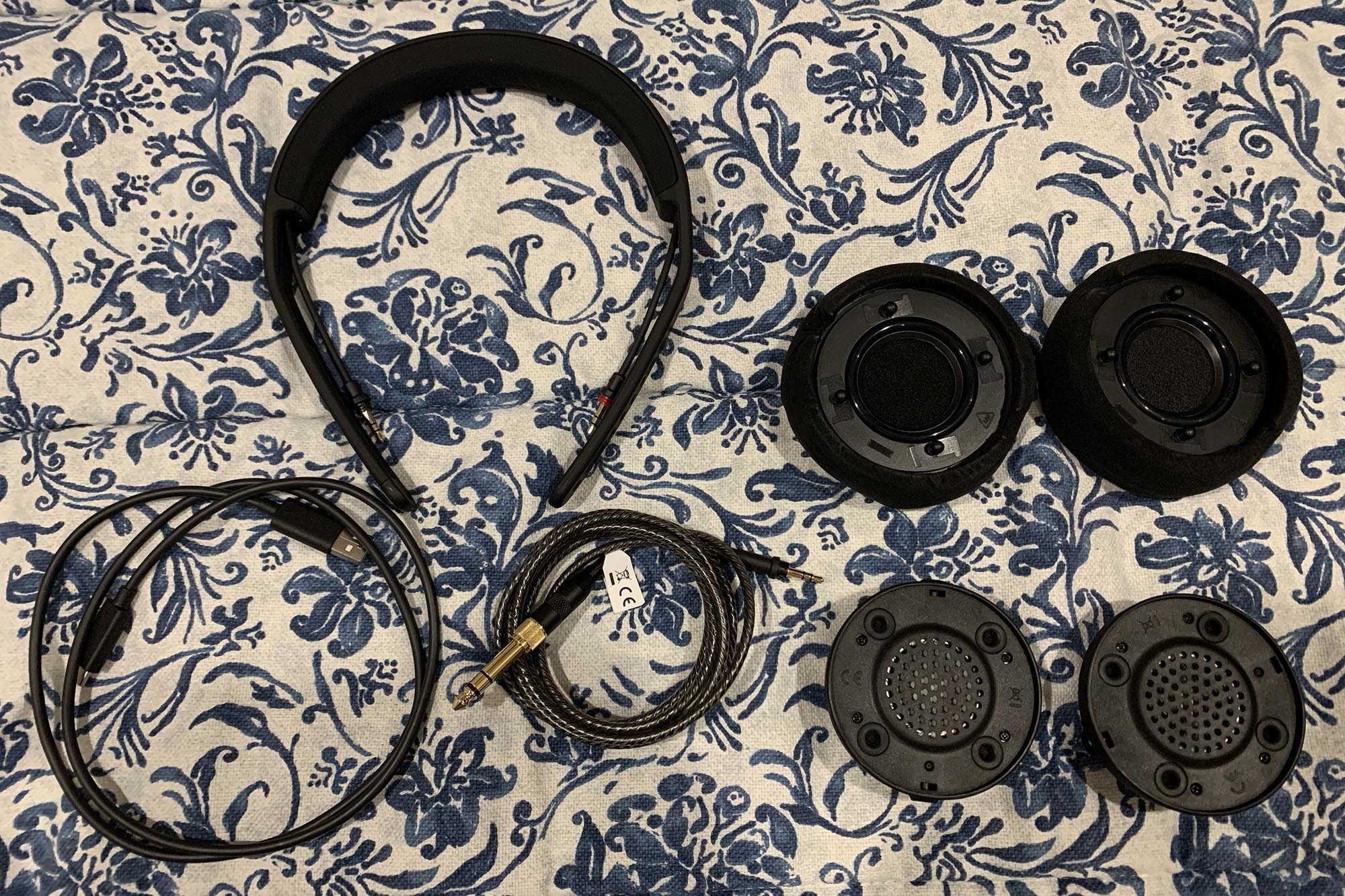 There is a designated right ear cup, indicated by a red input. The left ear cup has no markings to indicate a top or bottom orientation. But AIAIAI’s design lets you plug the cable for corded listening into either the left or right ear cup according to your preference. Very few consumer-oriented headphones provide this flexibility.

The drivers that came with my review pair snapped onto the Alcantara ear pads with ease. I simply aligned the four guide pegs and pushed. I found the memory foam-based ear pads to be somewhat comfortable, but the headphones never truly disappeared on my head. The headband created a slight sensation of pressure at the top of my head. They created ample space around my ears, though. You’ll likely find that the Alcantara covering will make your ears sweat on hot days. 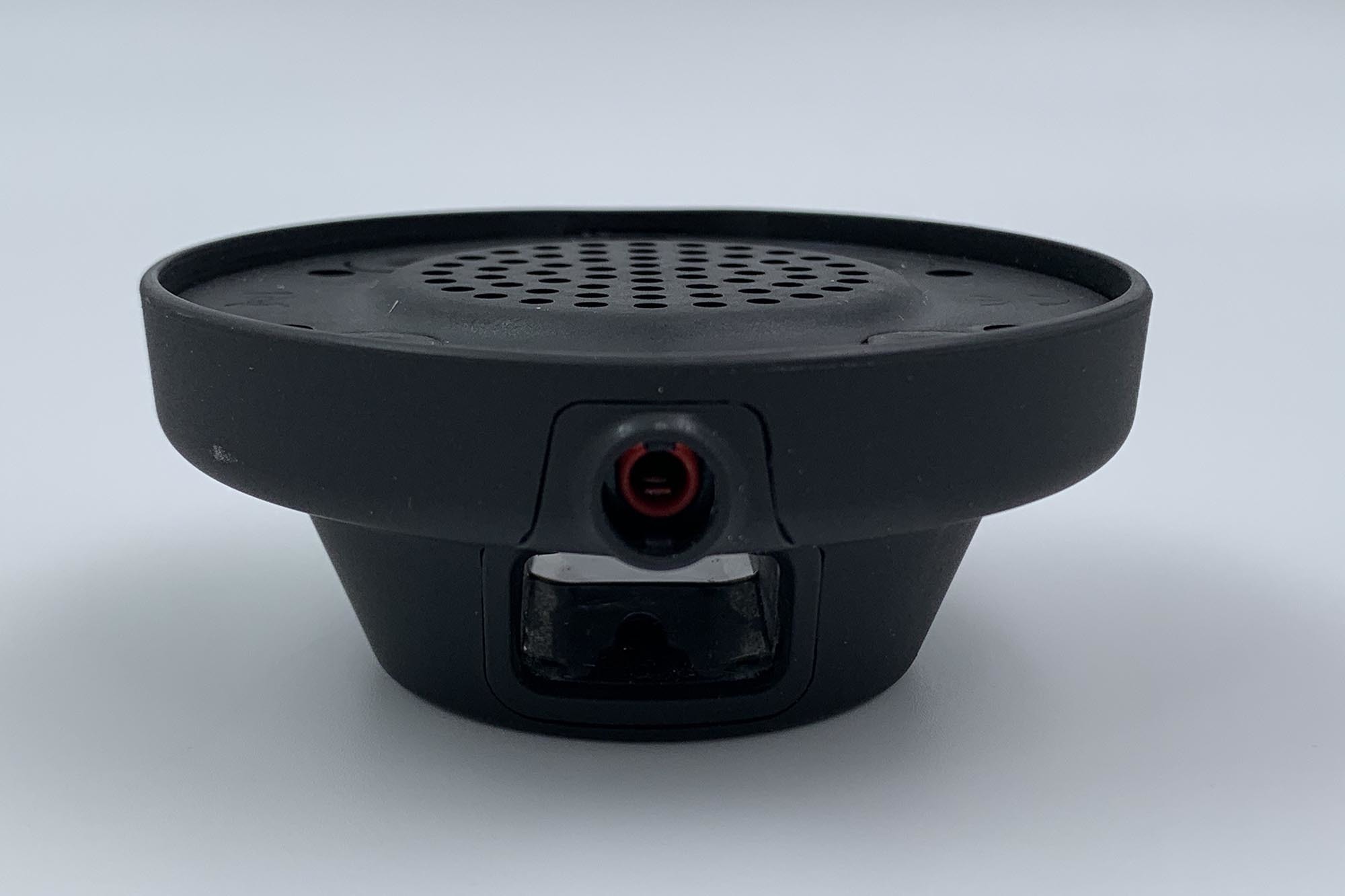 The model H05 headband is AIAIAI’s HD model and includes SBC, AAC, aptX, and aptX HD codecs. If you have a digital audio player that supports aptX HD, you can send high-res music (up to 24-bit resolution and with sampling rates as high as 48kHz) to the headphone over Bluetooth. AIAIAI sells other headband models that provide different kinds of padding as well as wired-only playback that will save you a few dollars.

You can charge the H05 headband’s battery, rated for around 16 hours of playback, via a USB-C charging port located on the left headband arm. The USB-C charging port is awkwardly placed. I had some difficulty plugging in a USB-C cable due to the angle. I’d like to see AIAIAI come up with a better design. 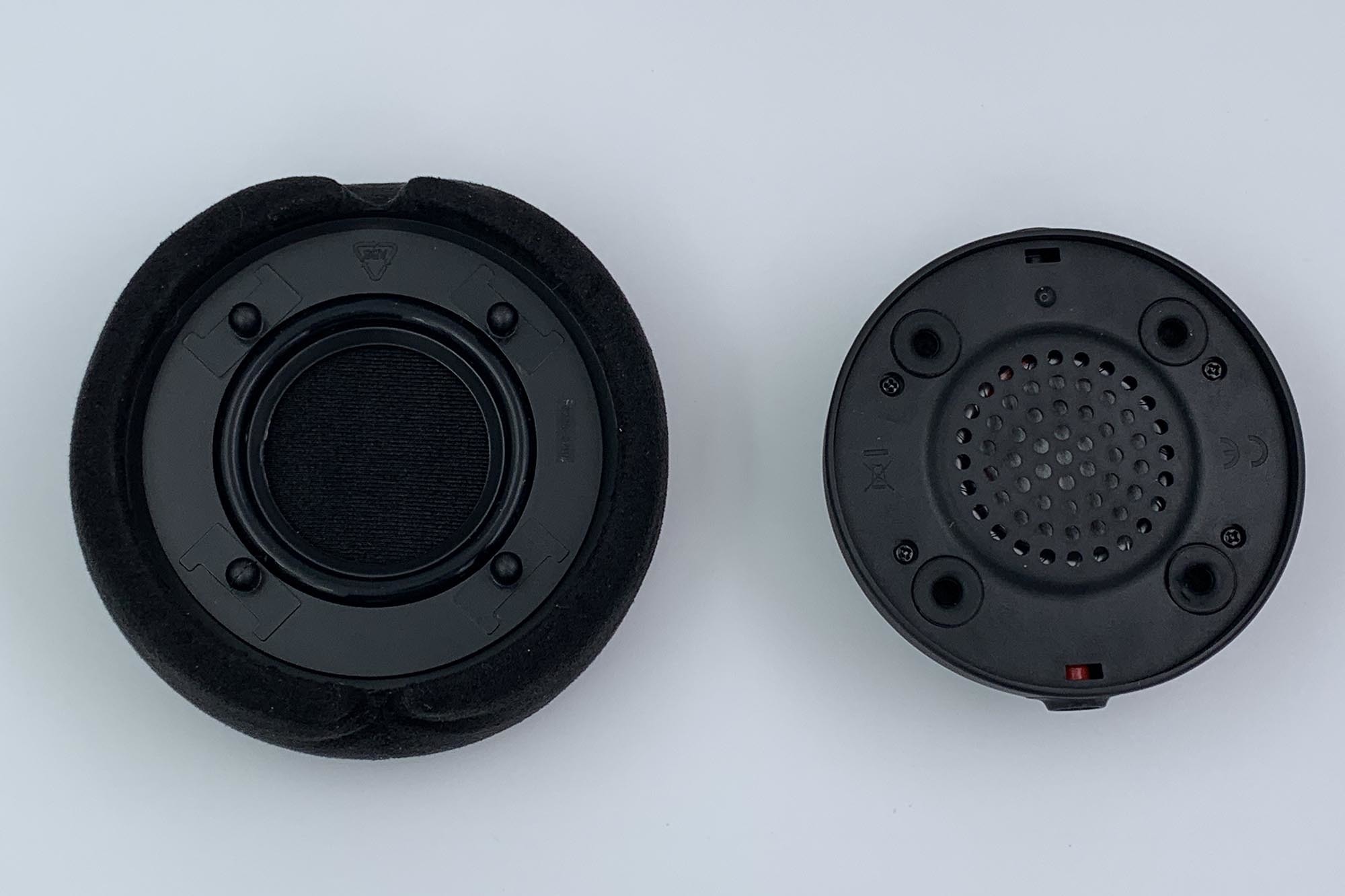 The headband’s click-adjustable arms slide into a channel on each ear cup. I had some difficulty sliding the left arm through the click-adjustable dimple. The issue is related to the fact that the right arm of the headband, which has a microphone on its end, is completely flat (and easy to insert) while the left arm is concave. Once I applied enough pressure, the concave end of the headband arm would eventually went through.

Speaking of the microphone, I didn’t have a great experience using it. People on the other end of my calls couldn’t hear me well. What I noticed is that if you have the headphone arms extended close to their maximum (as I did), the microphone can become hidden inside the ear cup channel. Someone at AIAIAI should look closely at this and either elongate the headband or provide redesign the microphone so this doesn’t.

You’ll need to pay attention to how you insert the headband cables or you won’t get sound from the ear cups—or worse, you’ll get sound but one ear cup will be louder than the other. You’ll need to insert and rotate the cable until it clicks and sits completely flush with the input. If you examine the cable carefully, you’ll note that there are two flat sides on the 3.5mm cable’s neck that must be aligned with the input. The little twist provides a minor locking action that prevents the cable from pulling out.

During my testing, I connected/disconnected the cables several times to see what issues a consumer might encounter. I found the locking cables to be a bit quirky. For example, during one of my plug/unplug tests, I was darn sure that the right ear cup was properly connected, but whie playing Daft Punk’s Random Access Memories, I heard vocals from the left ear cup but not the right. I checked the plug and it seemed to be seated properly. Giving it one final twist and push did the trick and voila! Vocals started playing from the right ear cup. I would caution prospective buyers that if the headphones don’t sound right, it’s likely a cable connection issue.

The other thing that happened to me was that one of the headband cables got stuck. I couldn’t twist it out to unplug it. I finally had to use needle nose pliers to twist and pull the cable out. 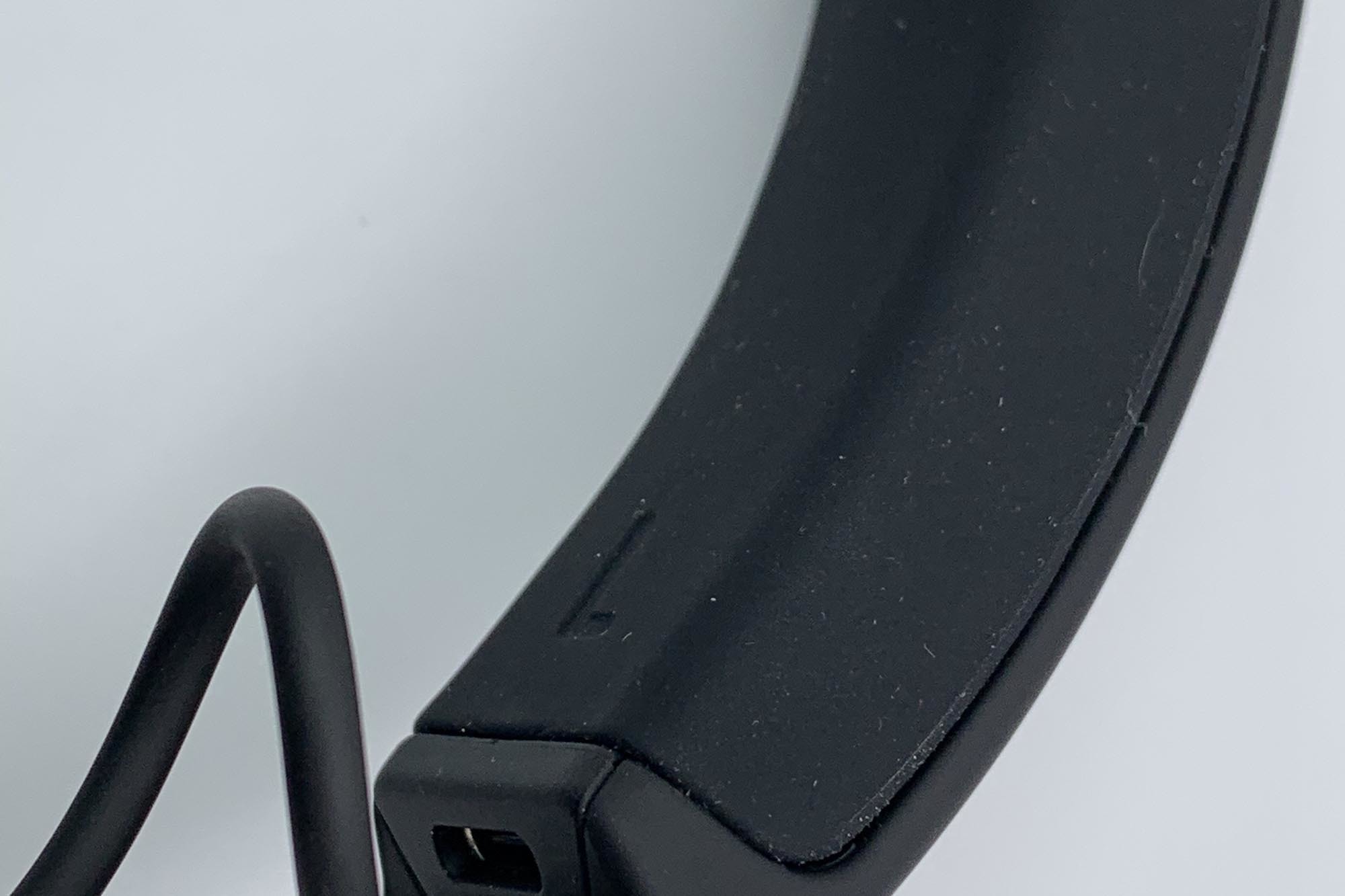 The 3.5mm audio cable that came with my review pair sports a beautiful design and has a tangle-resistant coating that kept the cable kink- and tangle-free during my testing.

AIAIAI’s modular design is certainly a double-edged sword with lots of advantages, but also some disadvantages. Among the many pluses, you can customize the headphones to suit your taste and budget. Should a part wear out or break, you can replace just that one part. Moreover, should AIAIAI come out with new drivers or technologies, you can upgrade your cans for a fraction of the cost of a new pair of headphones. For example, should AIAIAI come out with support for a new hi-res streaming codec, you’d only need to replace the headband. Buy AIAIAI’s entry-level headband with foam padding today, and can upgrade to the HD Bluetooth headband with aptX HD for just $125 down the road.

On the downside, the AIAIAI parts are mostly plastic. The TMA-2 lacks the design flair and high-quality metal and leather accents you’ll find in more conventional wireless headphones—Bowers & Wilkins’ PX, for example—in this price rane. 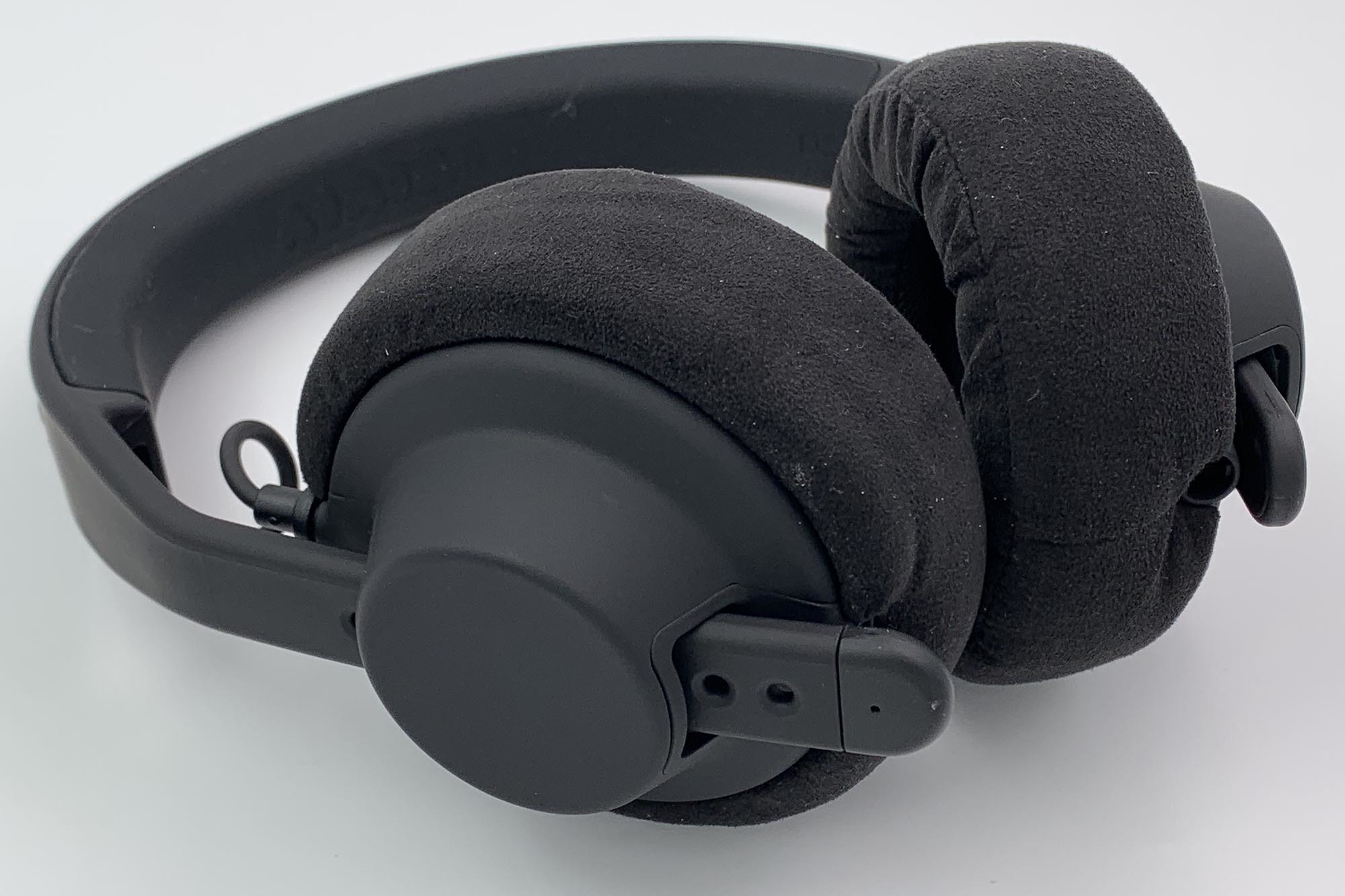 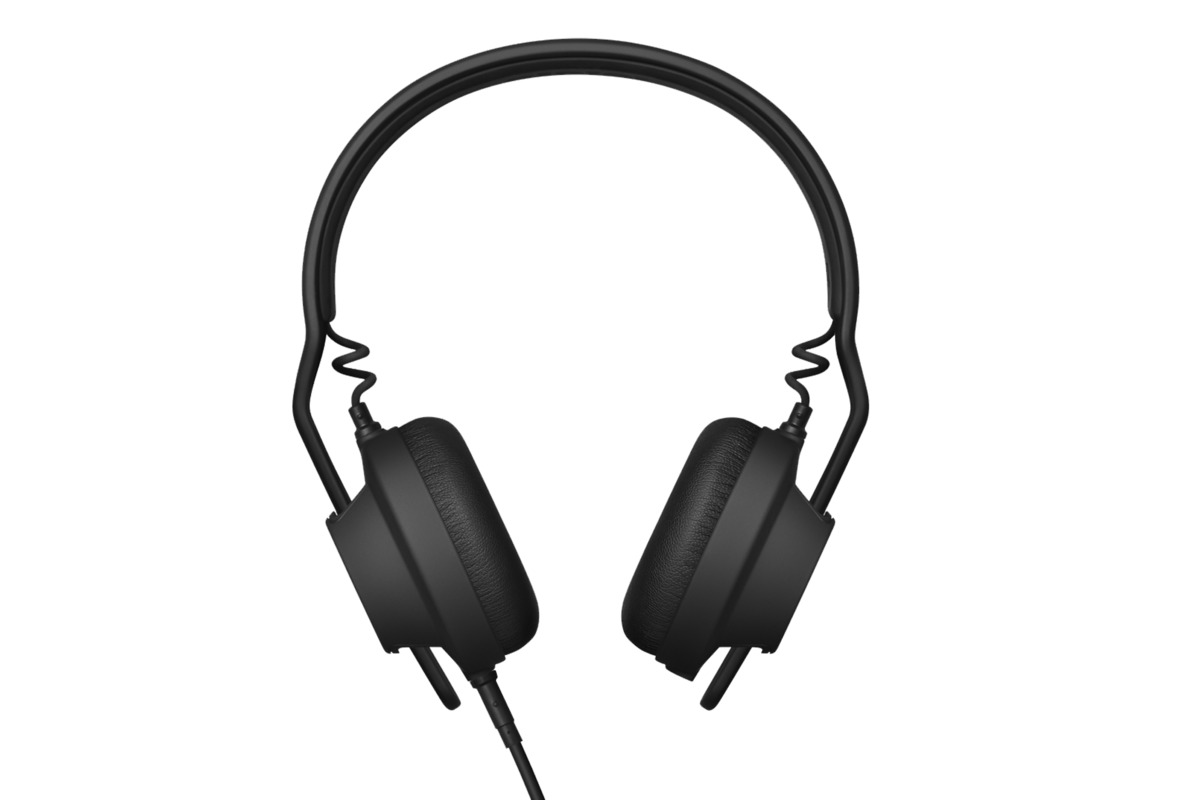 Generally speaking, the TMA-2 sounded very good. While its build quality, design, and materials were a disappointment, the TMA-2’s sound when played wired was a totally different beast. Highs were crisp and airy and the midrange was generally clean. Instrument separation was very good. Bass response was accurate, controlled, and detailed.

Like most headphones, the TMA-2 sounded very different wired than it did while operating wirelessly. In my testing, I typically preferred the wired mode. Most prevalent was when used as a passive headphone (plugged in), vocals were more relaxed and the music had more detail and top-end air. When played wirelessly, the balance of the instruments and vocals changed. Vocals are slightly warmer but muddier. Midbass had a hair more oomph—something I’ve consistently found with headphones adopting the aptX HD codec. The air around individual instruments and performers, however, beacame more veiled.

These differences were accentuated on some songs and tracks more than others. For example, playing the high-res version of The Beatles “Oh! Darling” from Abbey Road, the electric guitar had more snap, realism, and detail when played wired. The same was true of “Come Together” which was more radio-sounding when played wirelessly. When I plugged in the TMA-2, the music sounded like a veil had been lifted from the music. Conversely, I noted more subtle differences on the high-res version of Bach’s Cello Suites played by Janos Starker, or Sarah McLachlan’s “Push” from Afterglow Live. The most prevalent difference on these tracks remained a more veiled musical presentation and slightly elevated midbass when played wirelessly.

R&B, jazz, classical, or pop—the music didnt’ matter. All in all, the TMA-2 was a maestro of any musical genre with a good timbral balance from top to bottom and a solid soundstage.

AIAIAI’s TMA-2 modular headphone will appeal to those who want a good-sounding pair of headphones that they can easily customize, upgrade, and get replacement parts for over time, and are willing to tolerate a pedestrian design and plastic materials. The tradeoff is that you won’t get anywhere close to the premium materials and attention to design you’ll find in many competitor’s conventionally manufactured and similarly priced headphones.

While the TMA-2 headphone exhibits some quirks—parcicularly its locking cable design—I found it to be a good overall performer and a good-sounding headphone in both wired and Bluetooth wireless modes (the latter thanks to its support of aptX HD).

Whether or not these headphones are for you will depend on several factors: If you like the notion of a good-sounding, build-it-yourself headphone with the potential for future upgrades and easy-to-replace parts, give the AIAIAI a serious look. If, on the other hand, you’re looking for a luxurious headphone at the $350 price point whose design, build quality, and parts match its sonic goods, you should look elsewhere.

You’ll pay a premium price for the privilege of assembling your own headphone.